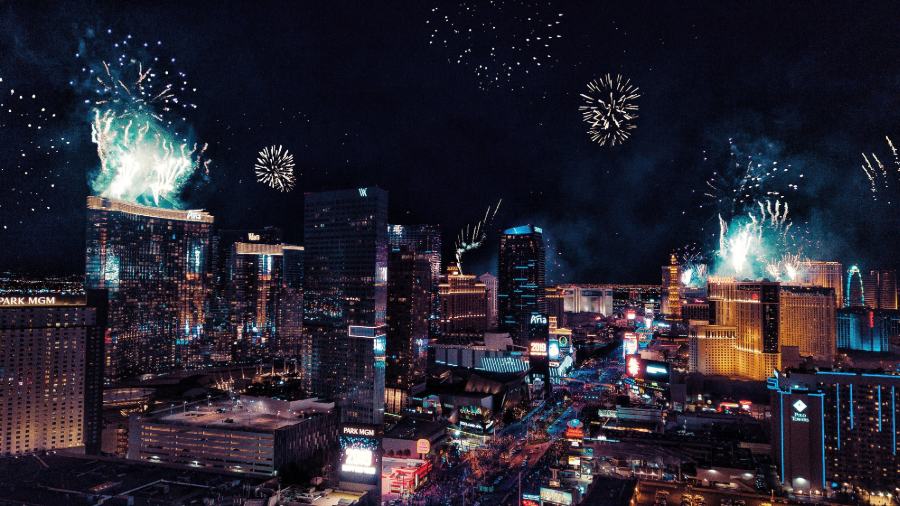 By Dwight Longenecker Published on February 18, 2020 •

When they hear the word “decadent” most people think of wild nights in Las Vegas, overweight rich people gorging on sumptuous food, and indulging in titillating entertainment and selfish pleasures.

Those symptoms of decadence come from “economic stagnation, institutional decay, and cultural and intellectual exhaustion at a high level of material prosperity and technological achievement.”

Douthat, a columnist for The New York Times, goes on to make his point. America, he says, is economically stagnant. We’re rich, but we’re not producing like we used to. Although we all love our iPhones and our flat TVs, Douthat explains that we aren’t making many great new inventions.

Compared to the technological advances between 1850 and 1970, we’re slow pokes. Not only are we not coming up with the number of new inventions, but the ones we do come up with aren’t really that necessary or vital for survival or better living. Ask yourself, if you had to give up one modern invention and had to choose between indoor plumbing and your iPhone which would you choose?

The second sign of decadence is that we’re not reproducing. The demographic winter is coming and it is going to be worse than global warming. All across the globe the birth rate is plummeting. As it does, populations get older and there are fewer and fewer children and young people.

It’s natural for older people to be more cautious, to enjoy a quieter life, have fewer ideas and take fewer risks. If a population is aging and not replacing itself, it is to be expected that the society will be less adventurous and innovative.

Immigration helps solve the lower birth rate and declining population, but an influx of foreigners brings its own problems. Immigrants are often less well educated. They fill the lower income jobs. Some will bring an entrepreneurial spirit and fresh ideas. However, most will simply work to help maintain the status quo in society.

In the political sphere, this is experienced as division and entrenched partisanship. The Democrats won’t work with the Republicans who won’t budge. As a result, nothing gets done. Government and life grinds on as it has always done in an increasing downward spiral into inefficiency and complacency, corruption and incompetence.

Another sign of decadence is repetition. Instead of innovation and creativity, members of a decadent society keep doing the same thing over and over again. Creatures of habit who are too lazy to do anything new, they simply fall into dull routines.

Douthat uses popular culture to make his point. Movies are increasingly a re-hash, a re-make and repeat of what has gone before. Storylines are formulaic and characters are cookie cutter types. In a decadent society, music, literature and religion also keep repeating the same themes, the same slogans, the same tunes and the same sermons but with a slightly different angle.

All of this feels like a society of couch potatoes — bored out of their skulls and channel hopping endlessly.

Where is America headed? History teaches us there are several different options. Firstly, Douthat points out that the period of decadence can last for a long time. The weary way of the world just keeps turning and nothing terrible or tremendous happens to make the slow turning wheel come to a stop

Often the members of a decadent society choose a dictator to rule over them. A dictator needn’t necessarily be an evil person. In the face of overwhelming lethargy and indifference, the dictator could simply be the one who steps up to the plate, takes control and gets things done. He breaks the political stalemate, shakes off the stagnation, sparks innovation and a fresh spirit.

In the midst of decadence, vision is clouded and the fount of inspiration is dry.  However, spiritual renewal can bring about a new vision and new inspiration.

Decadence may also be ended through catastrophe. A war, famine, epidemic or some great natural disaster might come along and shake everyone up and wake everyone from their slumber. Invasion by barbarians is also a historical way that a period of decadence has come to an end.

There is, however, another more positive solution: a renewal of spiritual belief which sparks new ideas, new energies and new initiatives. Religion holds within it the greatest beliefs, aspirations and dreams of humanity, so a new surge of religious belief could kickstart a sluggish society and inspire a renaissance of creativity, productivity and invention.

In the midst of decadence, vision is clouded and the fount of inspiration is dry. However, spiritual renewal can bring about a new vision and new inspiration. Where that new spirit will come from is anybody’s guess.

Or it could begin in the heart and mind of the person looking at you in the mirror.

Dwight Longenecker’s latest book is Letters on Liturgy. Visit his blog, browse his books and be in touch at dwightlongenecker.com.