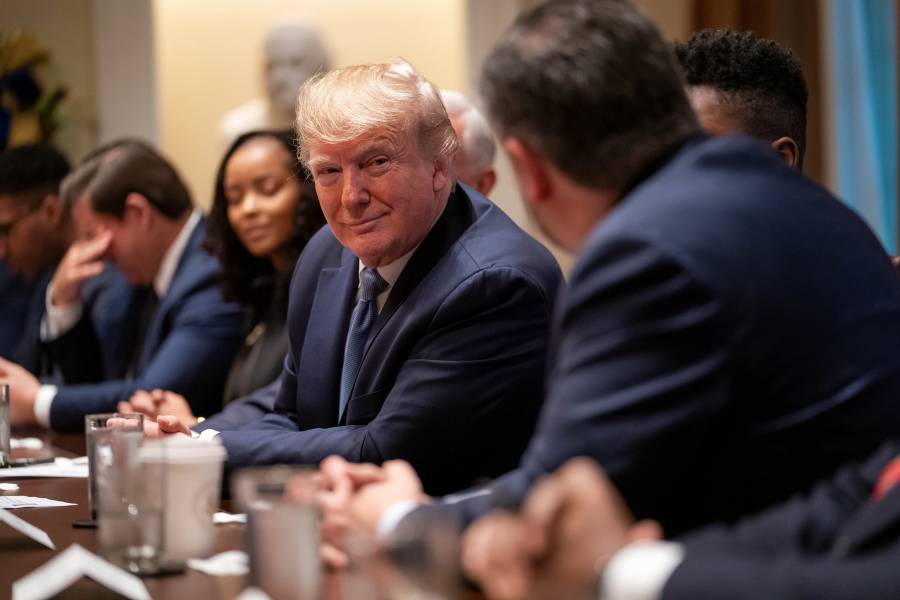 Remember when you were a kid driving to Grandma’s for Christmas, and you and your siblings wouldn’t shut up? When the whining got so bad it could drive Gandhi to violence? Rather than wheel around and whack you, Mom gave you hard candy or some other treat just to keep you quiet.

Nancy Pelosi is the mommy, and those two empty Articles of Impeachment are the candy, offered in the hopes the snotty, bratty children in her caucus and base would finally shut up. It’s no coincidence that an hour after handing out the impeachment articles, Mamma Nancy announces she’s (finally) signing off on USMCA, the new trade agreement to replace NAFTA. She gave the brats their candy, now she’s ready to give the rest of us some meat.

Still, the House will vote for impeachment. After all, Mamma Nancy doesn’t want a shiv through the back of the car seat. We’ll have to ring in the New Year with a Senate impeachment trial. But what kind of trial will it be?

The Choice: A Quick Acquittal or a Tough Production

The Senate will acquit President Trump. Everyone knows that. Momma Nancy knows that. Not just because the Republicans hold the Senate. Because there’s no there there. It’s harder to find a crime in the House’s allegations than it is for Joe Biden to find a complete sentence.

The only question for Senate Republicans is what kind of trial they’ll put on. Republicans are debating two options: Get It Over Quick or Get It On.

Sen. Lindsay Graham, Chairman of the Senate Judiciary Committee, says he expects a “quick end to impeachment” in the Senate. National Review reports Senate Republicans are “preparing to forego calling witnesses” during the trial. So no Adam Schiff being forced to testify. Or Joe Biden. Or Hunter Biden. Or the now-vanished whistleblower, whose bogus claims began this mess. Said Graham, “I’m not going to participate in things that I think will destroy the country. We’re not going to turn the Senate into a circus.”

However, the man who’ll actually be the one on trial, the man who had to endure two years of the Russia Collusion black op, and just had to endure weeks of being accused of bribery, “quid pro quo” and assorted other high crimes, wants his day in court. He wants what he was denied by the House. He wants to face his accusers and have at them.

President Trump wants to expose the rot of the Swamp, the shady dealings of the foreign policy elite. He wants to broadcast to the world what really had been going on in Ukraine. Trump wants to go on offense.

The former reality show star wants to put on a show.

There’s something to be said for Graham’s position. This impeachment is a farce and there’s plenty of other things the Senate can be doing. Plus, no matter how ridiculous and partisan this impeachment effort is, impeachment by its nature is divisive and destructive and not good for the national psyche. Get it over with and get on with the business of the American people.

However, there’s more to be said for the president’s. Democrats set out on this drive November 9, 2016. They have already driven us so far down the road, wildly accelerating the past couple months, a few more miles shouldn’t matter. Especially with Republicans at the wheel who aren’t drunk on hatred of the president.

The president should have his day in court. It’s only fair. The bloodhounds who put together the Mueller Report flipped “innocent until proven guilty” on its head with their crass nonsense about Trump not being fully exonerated. Schiff’s Whistleblower Horror Impeachment Show did not allow for Republican witnesses. He even cut off questioning of his own witnesses if GOP representatives didn’t follow his script. House Judicial Committee chairman Jerry Nadler, when he was awake, refused to let Republicans have a day of witnesses. (As the House rules dictate.)

Darn tootin’ Trump should get a chance to fight back and fight hard. It’s not enough for him to be acquitted. He should get the chance for vindication.

But simple fairness is not the best reason a Senate impeachment trial should go loud and proud. If the House Democrats and those who conspired with them don’t pay a high price, we’re going to be right back here again. The screeching Swamp rats finished the candy Mamma Nancy tossed them, and they’ll soon demand more, more more!

TMZ’s Harvey Levin, who was actually a lawyer before making a mint publishing celebrity dirt, asked Bass what would happen should Trump wins in 2020 and the Democrats take the Senate. “If you did that, would you be inclined to take a second bite at the apple and introduce the same impeachment articles?”

“Yes,” she replied. “There’s still a number of court cases, there’s a ton of information that could come forward. For example, we could get his bank records and find out that he’s owned 100 percent by the Russians.” (This after Mueller spent $40 million of your tax dollars proving there is no Trump connection to Russia.)  She went onto say “he probably has other examples of criminal behavior.”

In other words, we’re going to keep looking and looking and accusing and accusing and impeaching and impeaching. To paraphrase Kyle Reese in Terminator. “Listen. Understand. The TDS Democrats are out there. They can’t be reasoned with, they can’t be bargained with … they don’t feel pity or remorse or fear … and absolutely will not stop. Ever. Until Trump’s presidency is dead.”

There is one way to stop them: Obliterate this impeachment effort to such a degree, exact such a painful toll on Democrats and the Deep State, expose so much of their corruption, that A) The relatively sane Democrats will not let the TDS Democrats try again. B) Voters boot the House Democrats from power and don’t let them get anywhere near a Senate majority.

Maybe then, Uncle Sam can fully concentrate on the many curves and challenges on the road forward.