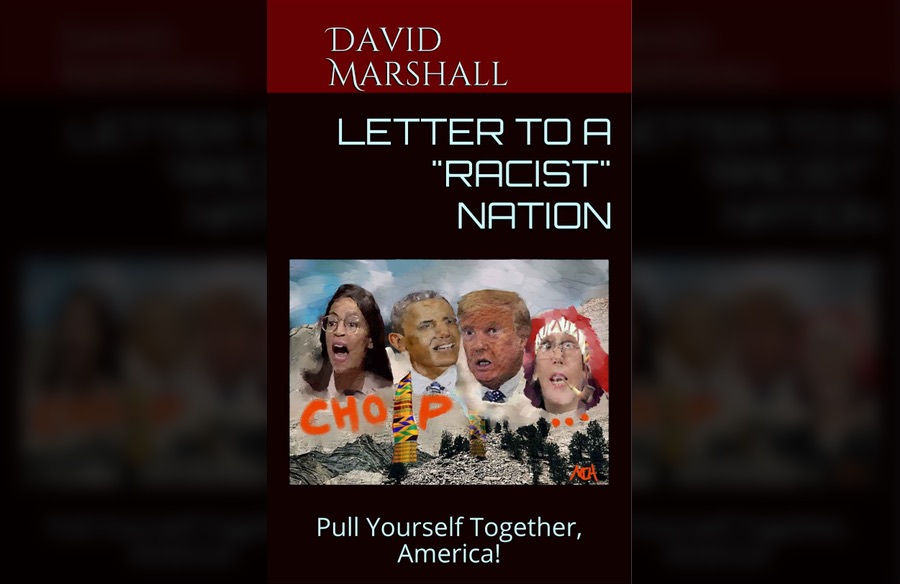 Sometimes you need a broader point of view, sometimes you need a more educated perspective. And sometimes what you need most is a good old-fashioned sense of humor. Stream contributor David Marshall has all three going for him, in his recently published ebook Letter to a ‘Racist’ Nation.

His purpose, as the book’s subtitle says, is to urge us to Pull Yourselves Together, America. That’s not a bad thought, right from the start. Not since the 1960s has violence wracked our cities so, and I’d say we’re even more fractured now than we were then.

Marshall launches into his message swift and strong, telling America,

You’ve been sold a bill of bads. Fake history, lies about cops, shallow inanities regarding race, culture, and neo-Marxist social philosophies are degrading your universities, tearing your cities apart, ruining friends, and making life hard for the vulnerable and marginalized, along with people who just want to make jambalaya and sell it from a food truck in downtown Portland.

All that is hard to argue with. But where did this come from, so quickly and so hard?

Most analyses I’ve read of this madness focus on cultural Marxism and/or critical race theory. I suspect Marshall would agree with that, but he majors on a different explanation: René Girard’s (1923-2015) scapegoating theory. According to his summary of Girard, human competition leads to “conflict, violence, and social fragmentation.”

That’s common enough in human experience, but tensions rise when crisis comes, such as “invasion, natural disaster, or plague.” That’s when “competing factions focus rage on some person or group that stands out from the crowd.” It could be anyone: ugly, beautiful, weak, strong; as long as they meet that criterion of being different.

The scapegoat is “accused … of the most heinous crimes.” So “society makes peace by casting its anger and guilt upon some marginalized member.”

Today’s scapegoat? Donald Trump would have been a great candidate, but he keeps refusing to cooperate and play the role. So America found another one: the police. The “heinous sin” is of course racism, a fault too foul to be contained merely by police forces, so it spills over to every white person and to a poorly defined “institutional racism.”

What it means, he tells us, is that we “need racists, as Renaissance Europe needed witches.” Of course he’s not talking about real racists, any more than he would talk about real witches. He’s talking about people we can label and judge as racists — people we can look down on. They serve our troubled society a vital (if dishonest) purpose: “They render you righteous by their very existence.”

So where shall we find these racists? It’s tough, though, for (as he explains) we “have suffered a famine of racists for years.” What to do then? “Designating the police as honorary racists was a brilliant move,” he says, “in a culture that reasons anecdotally, everyone holds a cell phone in his pocket, and a self-approving conscience is purchased for the cheap price of denouncing fake racism.”

Marshall speaks from broad experience: He’s traveled through, and — more importantly lived among — an amazing variety of peoples and cultures. (He detailed that himself recently in another open letter here on The Stream.) He holds a Ph.D. focused on China Studies. So by education and by both traveling and living in many cultures, he has the background one would want for cultural analysis.

Thankfully his book, though well-informed, is anything but pedantic. I was about laughing out loud more than once in his final chapter. It’s another letter again, but this time a contemporary update of Lewis’s Screwtape Letters — one of the very few I’ve seen that’s actually worked. If you think Screwtape is hard to imitate, you’re right, but I’d have bought this book for that one chapter alone. It’s that good.

If you think Screwtape is hard to imitate, you’re right, but I’d have bought this book for that one chapter alone.

If there’s one criticism I’d make of the book, it’s that Marshall’s “letter to America” format doesn’t work as consistently as it might. He speaks to us in the second person, “you,” as he ought to in a “letter,” but he did so rather infrequently, so that I found it jarring when it appeared from time to time. I had to remind myself again (and again), “Oh, that’s right. It’s a letter to America.”

That’s a small thing, though. I can only imagine how blazingly fast he wrote the book, considering how current it is.

It’s rich with perspective and information, and it’s readable to the point of being entertaining. If only it were entertainment on a lighter theme. America, we’ve got to pull ourselves together.