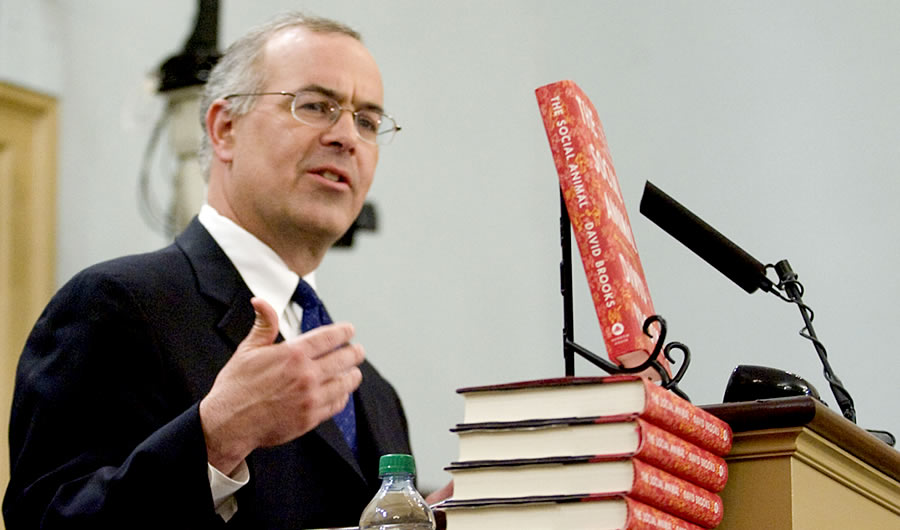 I like David Brooks. I’ve read all his books and always read his columns in The New York Times. His greatest asset is his ability to see subtleties and nuances in issues that are incorrectly painted in black and white. But that asset has gone missing in his recent treatment of Ted Cruz.

Last weekend on PBS, Brooks complained of Cruz’s “dark and satanic” tones — clearly an allusion to William Blake’s reference to England’s “dark, satanic mills.” And yesterday in The New York Times, he wrote of “The Brutalism of Ted Cruz.” It was trending most of the day on Twitter, no doubt because it fits the stereotype that Cruz’s opponents are cultivating.

Brooks paints a picture of a bitter man bent on vengeance and retribution rather than justice and mercy, much like Javert in Les Miserables, pursuing to the end a man who had served more than enough time in prison merely for stealing a loaf of bread.

Cruz, Brooks tells us, pursued a man who stole not bread but a calculator:

In 1997, Michael Wayne Haley was arrested after stealing a calculator from Walmart. This was a crime that merited a maximum two-year prison term. But prosecutors incorrectly applied a habitual offender law. Neither the judge nor the defense lawyer caught the error and Haley was sentenced to 16 years.

Eventually, the mistake came to light and Haley tried to fix it. Ted Cruz was solicitor general of Texas at the time. Instead of just letting Haley go for time served, Cruz took the case to the Supreme Court to keep Haley in prison for the full 16 years.

Brooks doesn’t criticize Cruz’s arguments, or the merits of the case. He questions the Senator’s character. This legal case, as well as Cruz’s speeches, reveal not Christian compassion but what Brooks calls “pagan brutalism.”

“Cruz is a stranger to most of what would generally be considered the Christian virtues: humility, mercy, compassion and grace,” Brooks insists. “Cruz’s behavior in the Haley case is almost the dictionary definition of pharisaism: an overzealous application of the letter of the law in a way that violates the spirit of the law, as well as fairness and mercy.”

If you read nothing else about this case that Ted Cruz argued before the Supreme Court, you’ll have the same impression. But I was curious about the details. When Javert pursued Jean Valjean in Les Miserables, it was very much a personal vendetta. But what about Cruz? Was he really out to get poor Michael Wayne Haley? If so, surely the Supreme Court would have rebuffed him.

But that’s not what happened. Cruz, arguing on behalf of Texas, won the case before the high court by 6 to 3, with Justice Sandra O’Connor as well as Ruth Bader Ginsburg and Stephen Breyer — both Clinton appointees —  joining the majority.

You’ll have to look elsewhere to learn this, because David Brooks didn’t think it worth mentioning. If he had mentioned it, readers would have suspected that Cruz won on the merits of the case.

James Taranto at the Wall Street Journal figured this out yesterday. As it happens, the defendant Haley, who had spent several years in jail, hadn’t merely stolen a calculator from Walmart. He had two prior felony convictions. There were technical disputes concerning the timing of the Haley verdict and the law, however, which is why the case found its way to the Supreme Court.

Brooks is free to question the wisdom of a three-strikes-and-you’re-out-law. But any such criticism should be directed at the Texas legislature and governor who passed the law, not at the solicitor general. Ted Cruz was simply doing what a solicitor general is supposed to do in such a situation — argue the case on behalf of his state. And he did so, well enough that six members of the Supreme Court agreed with him.

If David Brooks were trying to treat the situation with subtlety and nuance, he would have told the whole story. Instead, he chose to paint a portrait of Ted Cruz as a hateful and pharisaical Javert. And that is itself unjust.