Nothing is Impossible is an inspiring movie about second chances and finding purpose. 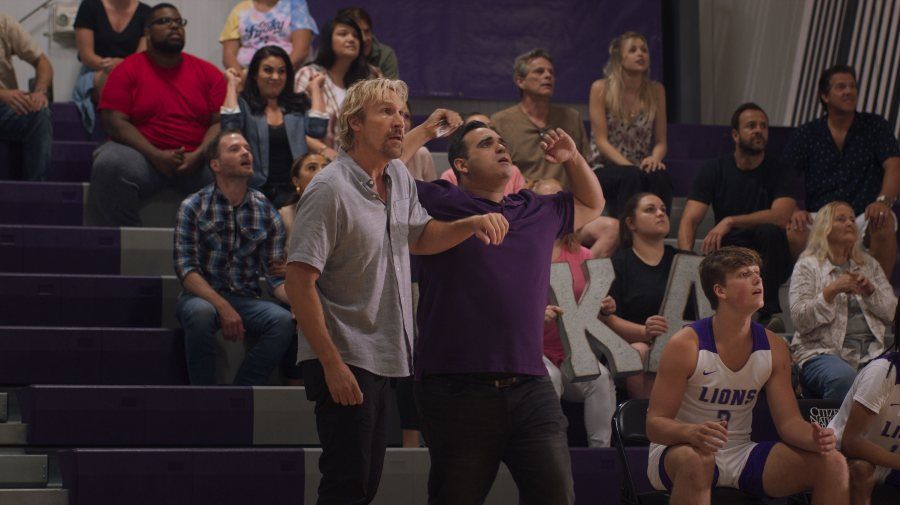 “I read the script, and I was taken by the story, a kind of second chance idea. I think that’s something that is relevant to all of us frequently, particularly in this profession that I’m in,” said Harry Lennix, an actor in David A.R. White’s newest film, Nothing is Impossible. A man of faith, Lennix (ER, The Five Heartbeats), who plays Russell Banks in the movie, has had roles in plays, musicals, television shows and film. But something about Nothing is Impossible drew him in.

The film is about a man named Scott Beck who wants a second chance to play professional basketball (played by David A. R. White). Not only is the story of a second chance inspiring, but acting is just one way that Lennix can minister to others. “And you don’t always get the opportunity to do it at this level with a cast like this. I got to work with my good friend Steven Bauer and Nadia Bjorlin, David A. R. White, Mark Christopher Lawrence. You know, these kinds of actors are quite good. And the fact that we actually have this in common, that is to say that we want to propagate good news, a good message, is a rare opportunity. And I’m very grateful to have had it.”

Robert Amaya, the Courageous actor who plays Nick Martin in Nothing is Impossible, told The Stream that the film is about God’s timing. “It’s a story … about doing things in God’s time — and understanding that God’s timing doesn’t … line up with your own timing.” He adds that the film is a story of redemption. “And it’s a good feel-good story, too.” It’s also a reminder that it’s “never too late to do what God wants us to do.”

The good news in the film is that God can take a problem and use it for good. “God has the independent ability to take a negative and turn it into a positive,” said Lennix. “That’s why, we take some solace in the fact that we cannot see the whole of the story at all times, but we know that if we are working, that things tend to work together for good, for those who love God and who are called together to achieve his purposes.” And nothing is impossible with God.

“I want people to walk away and be inspired,” said Amaya, “that it’s not too late to do what God has called us to do.” He added that this film is safe for the entire family.

This message is for the faithful and the unsaved. “We want everybody who needs an uplifting message to be able to see it,” said Lennix. “It’s especially beneficial to people who do not believe, but who can see by example … in this movie that even when we’re at our most cynical, when we’re at our most unwilling, that if we were just to give it a chance, if we would just receive the message and the signals that we get from God every day, that there is a reason to go on.”

Nothing is Impossible is exclusively on Pure Flix.