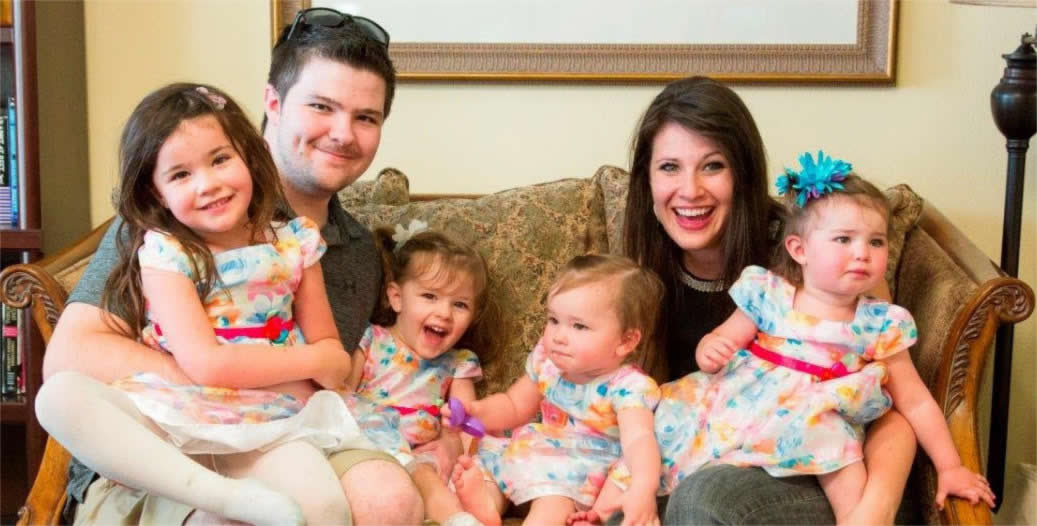 Jennifer and I started seeing each other in the winter of ‘08. We’d met a couple years earlier through a common friend and there was an instant spark. She was dating someone else, but when I got home that night, I told my best friend and roommate that I’d just met the woman I would marry. So I pursued her, both respectfully and relentlessly.

The first time we spent one-to-one time together, she took me to The Village Church in Highland Village, Texas. I had accepted Jesus my freshman year of high school and had always had faith. My faith was a feeling, though, not a lifestyle. Jennifer’s faith was different. It showed in everything she did.

By the following August we were in love, absolutely crazy about one another. I had experienced a huge change in my walk with God since regularly attending The Village. Matt Chandler’s preaching connected my faith to my intellect. For the first time in a long time, I knew what side of the line I was on … I was no longer a “nominal believer.”

We were Christians, yes, but flawed, imperfect, hypocrites. Such is the human condition. We were just forgiven hypocrites. We were intimate together, and in February 2010 we got pregnant.

I’ll never forget the moment we found out. We were very much in love at that point, yet our relationship was in crisis, looking more likely to end than to endure. Then she revealed to me that she was “late.” We bought a pregnancy test, I left work early, and we met at my apartment to take it and find out. She emerged from privacy to ask me, “What do the instructions say it means if there are two lines?” I looked at the test, then at the box, then through teary eyes into hers, I said, “It means we’re pregnant.”

We collapsed into each other’s arms, sobbing and broken. We confirmed the results with her doctor later that day. I told my dad almost immediately. He knew it was under less than ideal circumstances, but I could hear undertones of excitement in him. I think he may have even said congratulations to me that night.

Next came my mom, whom I told over dinner. Her reaction was somber. She and her husband suggested we terminate the pregnancy. (It took me a long time to get over that.)

I asked Jennifer to marry me the day we found out. Predictably, I suppose, she said no. But the only desirable outcome for me was to have this baby. I think the same was true for Jennifer as well. Our discussions on it were incredibly emotional. We swung back and forth between yes and no, right and wrong.

So it seemed we should learn all we could about the available options. For us, that included a consult at Planned Parenthood. We walked in the doors of the location in Addison, being 75/25 in favor of having the baby. Walking through the doors, though, I felt sick to my stomach. A female practitioner began to ask Jennifer questions, and it was as though I wasn’t even in the room.

She asked about our marital status, financial situation, and Jennifer’s career. She told us, “A baby costs around $30,000 in the first year,” and asked “Jennifer, are you ready to give up your career?” as if that was a prerequisite to having a baby. My role there was to be nothing. Other men have also told me their input isn’t welcome at Planned Parenthood.

The doctor recommended ending the pregnancy, and made Jennifer an appointment for the abortion. Quite frankly, it was one of the more strategic sales pitches I’ve ever witnessed, the closing line being: “You know if you change your mind, you can always cancel your appointment.” I thought to myself, Wow. We walked in here and told you we were leaning strongly toward having this baby. And now we’ll have to change our minds not to have an abortion this week?

God Entrusted Us With a Life

And we agreed on that. We agreed that if we honored God in our decision He would bless us, and bless our baby. At that point, we became resolute about having our baby together.

I went and spoke to her folks. I told them that I loved their daughter and that I would love our baby, because he or she would be half Jennifer… And that I would become the man they both deserve. It was an uncomfortable conversation, to say the least, but when I left their house my intentions were clear — if Jennifer would have me, I was going to marry her.

Were we ready for a baby? No. My career was a mess, our relationship was a mess, and so was my own soul. But God met us where we were in the point of our need as soon as we decided to trust Him.

About a month later I gave her a ring, and she finally said yes. Four months later Isabelle was born, and in an instant I knew I would love this little girl unconditionally, until my last breath, no matter what. That I would lay my life down for her. She was 15 seconds old, and already I was getting a new taste of how greatly God must love us, because He loves us more deeply and powerfully than I could ever love my daughter.

That first year of marriage was a mix of great joy and turbulence, but then God began to multiply His blessings on my family each year. Within six months I was recruited for a new job paying more than three times my previous salary. Jennifer quit work just before Isabelle was born. Our second girl, Rebecca, came along in August of 2012. I was doing well at work and our family was growing closer together in faith and love.

Then in early 2013 we find out we were pregnant again — twin girls this time. Rebecca was a mere five months old when we found out they were coming. I needed another job badly, and God provided it. Not long afterward I was recruited for my dream job. We needed help caring for all these very young girls, and God even provided that.

God Met Us in Our Time of Need

Now in my work I have a level of flexibility that allows me to be home with the girls often. I help put the kids down for a nap every day at 11:30 AM and am an active presence in my girls’ lives and the leadership of my home.

Jesus is the center of and true leader of this family. Jennifer was literally born to be a mother. Each of our daughters feel so special and individually loved — she’s the best mom I’ve ever seen. We are all closer than we’d ever dreamed we would be, so fulfilled by Jesus’ grace and the Holy Spirit.

But it could have come out otherwise. I wince just thinking about the decision we considered making, that day at Planned Parenthood. It would’ve permanently damaged Jennifer, a faithful believer at that time. It would have haunted me every day, knowing I had relinquished my responsibility to protect my little girl before she’d drawn her first breath. If we’d let Planned Parenthood’s full-court sales press succeed with us, four of the most beautiful, innocent little girls in the entire world would never have existed.

Were we ready for a baby? No. My career was a mess, our relationship was a mess, and so was my own soul. But God met us where we were in the point of our need as soon as we decided to trust Him. He made us ready enough for Isabelle to come into the world. He entrusted us with a human life.

Isabelle even played a major role in my father coming to Christ. These decisions, each one of them, are so monumental, so impactful one way or the other. I thank God daily for giving us the courage and resolve He gave us when we didn’t even know we needed it.

Our story is hardly unique. Abortion is big business. The Planned Parenthood “Death Machine” is not providing a public service. It’s responsible for wiping out much of a generation. It has no place in civil society. It’s a scourge on our collective morality that needs to be cut out like the tumor it is, and repented for.

Andrew Flanders is a Texan, born and raised. He and his family are now members at Prestonwood Baptist Church. He loves spending time with his family and his Bible fellowship group. Otherwise you’ll find him selling enterprise software for Oracle Corporation or playing blues guitar in his study.

Sheila Walsh: My Doctor Said, ‘Your Baby is Incompatible With Life’ — Here’s What Happened Next