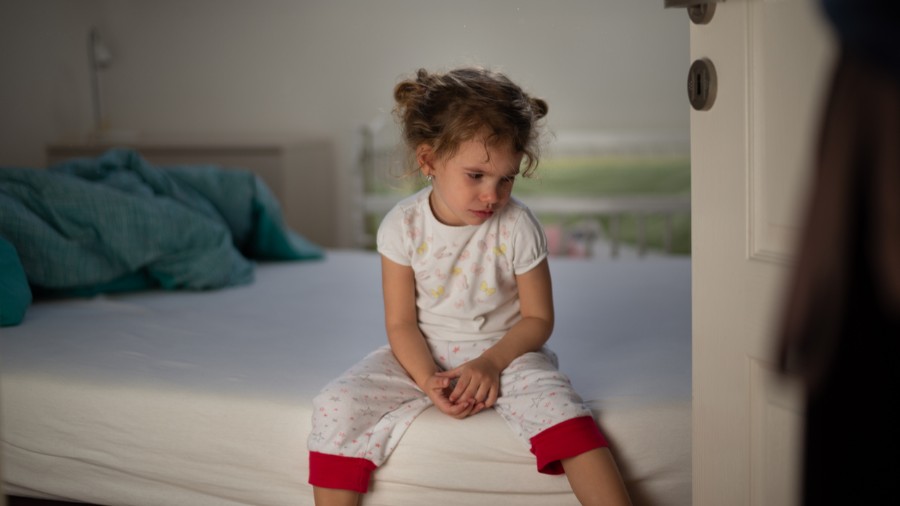 By Jennifer Hartline Published on September 17, 2020 •

You know why prepubescent girls are twerking, with pouty-lip faces, wearing skintight micro-shorts and sparkly bralettes? Because their moms and dads are fans of Beyonce and JLo and Shakira, et al, and they have paid attention, and now they are big fans. They’ve learned that being sexy makes a woman “successful” and “powerful.” They’ve learned that their bodies should be on display, to be consumed by men. Lots of cleavage. Extra points for pole dancing.

You know why prepubescent girls are already firmly on the road to sexual promiscuity? Because their moms and dads behaved that way, so they and their siblings all have different fathers. Because their father has not been around. Because they have had few to zero examples of how a gentleman and a lady ought to behave. Because they have no idea that genuine love is not sexual activity. They’ve been taught to disdain purity and instructed to think of themselves primarily as a “sexual being.”

Every pop culture icon they see and hear glamorizes a sexually decadent, selfish, lascivious lifestyle. They themselves are now also loyal consumers. It’s on their iTunes, their Prime watchlist, on their phones and tablets, and they live on a steady diet of this garbage. The assault on their own moral character is thorough, to say the least.

If the adults are consuming filth it means filth is acceptable.

Netflix releases its pedo-film Cuties and people are rightly outraged. But I wonder if the young girls are confused. What’s the problem with girls twerking or flashing their breasts? That’s female empowerment, right? I mean, Cardi B’s unspeakably wretched song, “WAP” is a huge hit right now.

If you cannot connect the dots, it’s because you are part of the problem.

35 million streaming views and counting of the above-mentioned filth. Yes, the song is pure filth. It’s not entertainment, it’s filth. And in our culture, filth sells big time. Filth makes you filthy rich.

No, don’t even try the excuse that some things are okay for adults but not okay for kids. If the adults are consuming filth it means filth is acceptable. More than that, it means filth is desirable; a worthy pursuit; a good use of real talent; an acceptable product to produce and purchase. It means there is no harm done to those who make it, or to those who consume it.

If reducing a woman to the “power” of her sexual anatomy (by a vulgar, demeaning name) brings accolades, money, and notoriety, then it must be a good thing.

A few years ago it was a cheap, porno-novel called Shades of Grey. Women across the country gobbled it up and made it a huge best-seller. Smut certainly sells. The books became movies that grossed hundreds of millions of dollars. The girls saw all that and took notes. Apparently, bondage is cool and rape is sexy if the guy’s wealthy, handsome and tormented. Raunchy, bondage-sex with a little domestic abuse thrown in is irresistibly romantic. Learn the lesson well, girls.

Filth is Killing Us

Forget COVID, folks. The real pandemic killing us is pornography. As a woman and a mother, I am completely livid about Cuties and the sexualization of our young daughters. But frankly, Netflix is low-hanging fruit on this villainous tree. Netflix does what it does because the culture at large has already made peace with what we used to call debauchery. There’s already a healthy appetite for young flesh.

Editor’s note: The screenshot below shared by anti-trafficking activist Laila Mickelwait on Twitter to expose Pornhub’s and Google’s complicity in the abuse of prepubescent children contains disturbing and vulgar content. 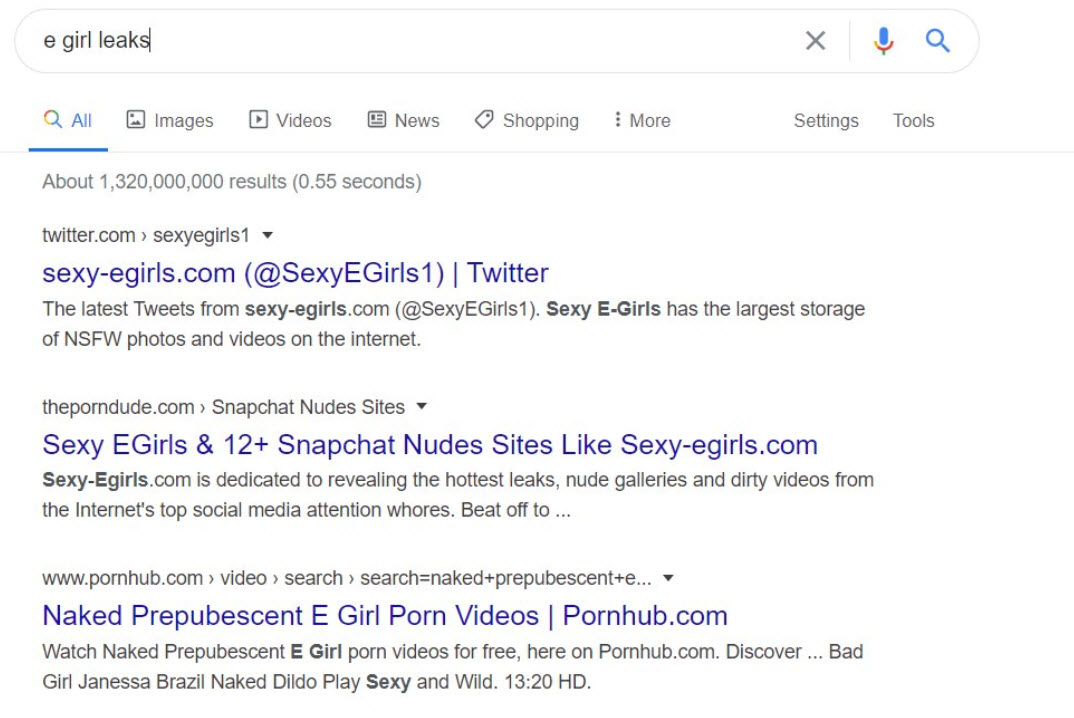 Somebody tell me why the United States of America permits this wicked “business” to operate for another nano-second! SHUT. IT. DOWN. NOW.

We’ve no right to marvel at the audacity of Netflix to release a film like Cuties. It is the logical fruit of a society that regularly consumes pornography under many veils. Hollywood celebrates and elevates the likes of Cardi B and her vulgar, filthy “music” and people all over America buy it. Hollywood makes iconic gods and goddesses out of “artists” who sell sex as power and fulfillment because people can’t get enough. It sells only because people buy.

Young girls are watching, listening and learning well. They are both consumer and product already. The blame for that rests entirely with the adults who are obligated to preserve their innocence and protect them from corruption. And I’m not talking about Netflix.