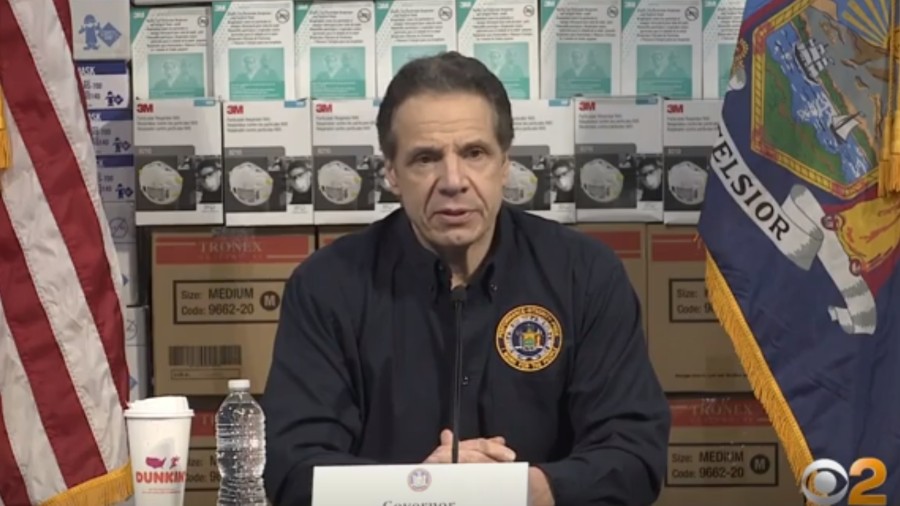 Did you see, or read about, New York Governor Andrew Cuomo’s stirring defense of the sanctity of human life? If not, you should. The Democrat’s remarks came last Tuesday, March 24, during a daily COVID-19 press briefing at New York City’s Javits Center.

Trump and Cuomo Agree: Saving Human Lives is the No. 1 Goal

In saying this, he agreed with President Donald Trump. It was Trump who recently stated that the entire COVID-19 strategy of shutting down the economy was about one thing: “saving human lives.” Trump said, “We are looking to save the maximum number of lives. Everything else is going to come back. A life is never going to come back.” Another way of saying what Cuomo did.

Further, Trump and Cuomo both warned that the economy must soon be restarted, lest a deepened recession or even depression threaten human lives in other ways than germs. Both men said there is a risk if you miss the timing of restarting economic activity. Both rejected the false choice of ‘the elderly or the economy.’ Cuomo said it can’t be “either/or.’ Both men affirmed that we can, and must, do both — and at some point soon, we must do them simultaneously.

“What is this? Some modern Darwinian theory of natural selection? You can’t keep up so the band is going to leave you behind? God forbid.” — Gov. Andrew Cuomo

“I believe you can have an intelligent, refined public health strategy,” Cuomo said. “You can do both. but not in a clumsy, ham-handed way. ‘Well, we’ll just sacrifice old people, they’re old people anyway and the old get left behind.’ What is this? Some modern Darwinian theory of natural selection? You can’t keep up so the band is going to leave you behind? God forbid.”

God forbid, indeed. Nobody on either side of the political divide is saying human life should be sacrificed for economic expediency.

But wait. Tragically, Gov. Andrew Cuomo actually does believe that.

When Sacrificing Human Life for Economic Expediency is Deemed Okay

Cuomo’s eloquent defense of the sanctity of life is only for some, not all. He excludes unborn human beings, who are victims of an American abortion holocaust that has claimed tens of millions of lives. Most for the sake of economic expediency. The fact is that Andrew Cuomo was a champion for New York’s radical 2019 abortion law. That law allows the killing of an innocent human life up to birth. Passing this law had the New York legislature cheering and dancing in the aisles. It caused the powers-that-be in New York to light up the Millennium Tower in pink to celebrate. Some rightly stated it should have been blood red.

That law was all about sacrificing human lives for expediency and economics. Abortion is usually about human comfort and advancement, which usually involves money. “Sacrificing human beings for the economy” could be Planned Parenthood’s tagline.

Governor Cuomo is a smart, aware adult. He isn’t ignorant of these facts. He should know most abortion is about putting a “price tag” on a human life. He should know it’s about sacrificing a potential mother or brother or sister for some sort of expedient reason. He should know that abortion is a billion-dollar industrial machine with a marketing arm to lure women into making the most “convenient” decision.

Further, he should know that abortion is the killing of a full, innocent human life. A fertilized egg has his or her own individual human DNA. The heartbeat starts before any abortions are done. Brain waves come within 45 days. Ultrasounds are slam-dunk evidence of the humanity of the child in the womb. Knowing this, Gov. Cuomo pushed for abortions up to and during birth.

Trump and Cuomo Could Face Each Other in November

Christians should remember that difference between President Trump, who is prolife, and Governor Cuomo, who led the charge for New York’s abortion law. These men could face each other for the presidency in November. Should the Democrat Party’s presumptive nominee Joe Biden continue to exhibit cognitive issues of aging, pressure will build on Democrat power-brokers to replace him. Cuomo’s name is increasingly being mentioned. (Bloomberg ran an article Sunday titled, “‘President Cuomo’ is New Daydream for Those Fretting Over Biden.”)

Andrew Cuomo is a tragic figure. He has put his own soul on trial. His recent defense of the sanctity of life can be used as a measure to judge his participation in abortion. And this judgment is not just by the American people.

Jesus, before whom Andrew Cuomo and all of us will appear, said, “By your standard of measure, it will be measured to you” (Matthew 7:2).

Cuomo is right to say, “God forbid” that we should ever allow innocent humans to die for expediency’s sake. He’s wrong — heartbreakingly so — to be willfully blind that “God forbid” applies to the very young as well as the very aged. Their blood cries out to heaven even as New York has celebrated their deaths. How I wish leaders like Cuomo would allow themselves to see that and turn America back from our awful path.

Christopher Corbett is a writer and communications strategist working with an array of non-profit policy organizations and ministries. He was founding chairman of a prolife crisis pregnancy center in California, and holds a degree in political science from the University of Chicago.