Chris Cuomo Finds Out the Pronoun Gods Are Not Amused

But that won't stop some of us from trying. 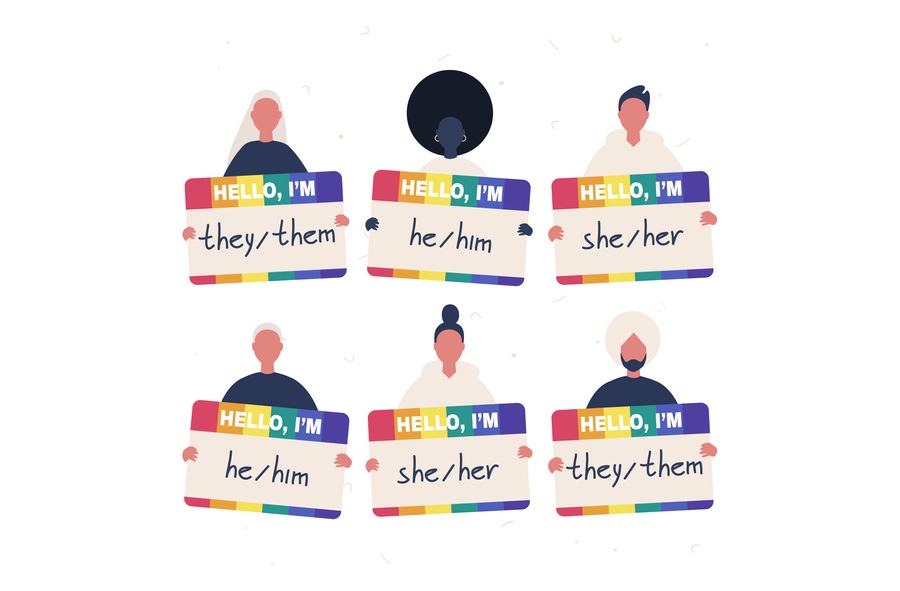 Remember when relationships were fun? The other night at CNN’s LGBTQ Town Hall for Democratic candidates, Sen. Kamala Harris cut moderator Chris Cuomo short, saying “ “My pronouns are she, her, and hers.” Cuomo answered, “Mine, too.”

And Twitter erupted in outrage. He had to apologize; which he did, first chance he got:

PLEASE READ: When Sen. Harris said her pronouns were she her and her's, I said mine too. I should not have. I apologize. I am an ally of the LGBTQ community, and I am sorry because I am committed to helping us achieve equality. Thank you for watching our townhall.

What’s going on here? One Travis Webster nailed it:

The problem was that he attempted comedy in front of a congregation that believes that words are violence. It wasn't necessarily wrong or hurtful to secular folks, but it was sacrilegious to Ultra-Orthodox Progressives. He was right to apologize.

It’s a religion. The LGBT movement is filled with people acting like gods. You dare not mock them.

I get it, in a way. Religions are like that. I am very unyielding when it comes to any mockery of God the Father, Jesus Christ, or the Holy Spirit. Sometimes I call for apologies, too.

But look what’s being deified here. I’m not sure which god is which, but something sure has been enthroned for us to worship. It could be the trans people who expect the rest of the world to change our reality to match to their private mental experiences. That’s a very godlike expectation, after all. Or it could be some wispy, amorphous god of pure sexual freedom.

Makes me wonder myself if I can change my own pronouns: from He, him, and his, to Him, his, and he. In that order.

Either way, Cuomo said something funny, but fun is not allowed here. It’s sacred ground. It shall not be touched, except with stone-cold solemnity.

It’s times like this when I hear voices echoing in my memory, “You Christians make such a big deal about sex.” And I shake my head and wonder.

Of course, there really is something sacred about sex, when the relationship has been solemnized through a proper wedding commitment. But that word “solemnized” is an odd fit there. Since when are weddings solemn?

Everybody of a certain age always knew what the couple would be doing that night, and for nights yet to come. We celebrate it, with feasting and laughter, music and dancing. Even with joking.

No Having Fun Here!

I’ve never been in favor of lewd jokes, and putdowns are off limits, too. But Cuomo did neither of those. He was having fun.

Makes me wonder myself if I can change my pronouns: from He, him, and his, to Him, his, and he. In that order. I think I’ll do that next time I’m in a group that asks me to put them on a name tag.

But here I go, having fun where fun is not allowed. Cuomo transgressed the sacred space of the pronoun, and I suppose now I have, too.. Makes me wonder whether pronouns themselves are among the gods we’re dealing with here. I know in some places you really have to bow down to xe, xem, and xyr!

Walk into their temple and you might feel lost at first. You can’t tell just by looking at them which pronoun god is which. They all look like he, him, and his, or she, her, and hers. Not to worry, though. They’re wearing name tags.

Tom Gilson (@TomGilsonAuthor) is a senior editor with The Stream, and the author of A Christian Mind: Thoughts on Life and Truth in Jesus Christ and Critical Conversations: A Christian Parent’s Guide to Discussing Homosexuality with Teens, and the lead editor of True Reason: Confronting the Irrationality of the New Atheism.m