Culture, Country and Honor Really Do Matter. This New Film Shows Us Why 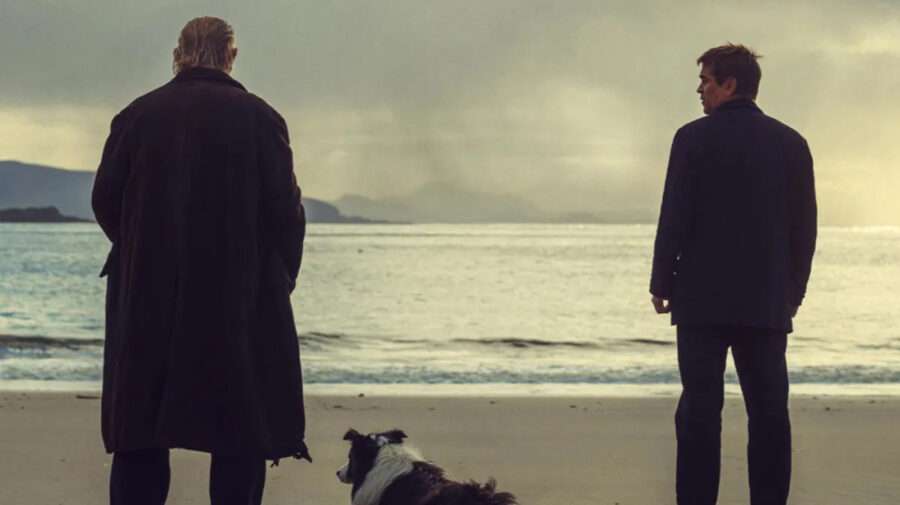 The Banshees of Inisherin, the great new film from writer/director Martin McDonagh, is superficially about a broken friendship. The plot involves two old friends, one of whom decides he doesn’t want to talk to the other anymore. Their collapsed friendship has been described as a metaphor for Ireland during that country’s civil war in 1923, the year the film is set.

This is true up to a point, but the critics have missed what I think is the deeper meaning of this fine movie. The Banshees of Inisherin is a film about the dishonor of those who sit out the battles, both literal and cultural, that define their times.

The story: Colm Doherty (Brendan Gleeson), a man in his mid 60s, has stopped talking to his younger friend Pádraic Súilleabháin (Colin Farrell), with whom he had been friends for twenty years. Colm describes Pádraic as a “nice guy” who is nevertheless “dull.” Colm wants to spend whatever time he has left on Inisherin, the small island off the coast of western Ireland, trying to compose a song on his fiddle. He’s trying to do something that will outlast him. The rest is blarney.

Too Small an Island

This is a good premise for a slow-burning drama. The island is too small for the inhabitants to be able to avoid each other. Pádraic is an insecure man, and his unraveling at the inexplicable loss of his mate is mesmerizing. After all, we’ve all had friends turn on us — usually in adolescence — for reasons that we can’t understand.

Yet there is something much deeper going on in this film. At intervals, the characters can hear explosions and gunfire going off on the mainland, as the Irish Civil War erupts. Colm is so adamant that Pádraic not speak to him, he issues a grisly warning: every time Pádraic speaks to him, Colm will cut off one of his own fingers. When Pádraic won’t shut up, Colm goes through with it. He can no longer play the fiddle.

A Violent Rejection of Cowardice

While the critics have seen The Banshees of Inisherin as symbolizing the futility of a confusing civil war that destroyed close relationships for no reason, I come to an opposite conclusion. I believe this film is an argument for partaking in just battles, and an indictment of those who sit them out, opting for comfort and security over engaging in the crucial battles of their time.

Colm does not take a sudden dislike Pádraic for no reason, but for a very good reason. Just across the water, a war is raging that will determine the fate of the Irish people, and Pádraic is taking about … the contents of his miniature donkey’s poop. The war is no distant distraction, it’s the reason for the breakup of the friendship. Colm can’t fight at his age. Pádraic is young and strong and in good health. He could, but won’t.

Too many movie critics — who somehow think their job absolves them of doing research — dismissed the Irish Civil war of 1923 as a complicated yet minor conflict. To those involved it was not. Indeed, it determined the very future of Ireland. To simplify greatly, it broke out when two factions disagreed about a peace treaty that would pave the way for Ireland’s independence from England, which had been won in 1921. One side agreed to the treaty. The other thought it kept too many attachments to the long-hated colonizer Great Britain. (It entailed an oath to the Crown.)

They Stole Our Family Name

I once got a small taste, even as an American, of how important this was. My father wrote about Ireland in the early 1980s for National Geographic, and on one of his trips there he discovered something amazing and informative. Our own ancestors had been lawyers and judges who helped create and implement the Brehon laws, which governed life in early Medieval Ireland.

In fact, our name had originally been Brehon. (Mark Brehon does have a nice ring to it.) When the British took control of Ireland, they changed our name. Since we were judges, we became Judge. That’s why Judge is not a Irish-sounding name. They also hanged one of my rebellious ancestors. Even from the beginning the Judges were saying “no” to The Man.

Learning all this altered the way my father saw history and the history of our family. He took us on several trips to Ireland in the 1980s, showing us where our forefathers had lived, drunk, fought. It was fine to be for peace, Dad said. But to stand by while an oppressor changed your name and hanged your relatives was something else. My father wrote a poem about it, and years later I still recall a line: “My erased name is Brehon.” You can see now why my indifference to the British royal family always comes with a small taste of bitterness.

Blood Was Being Shed

This is probably why I saw The Banshees of Inisherin so differently than other people. Colm argues that small pub talk doesn’t amount to anything, but even after hundreds of years people still listen to Mozart’s music. His shearing off his own musical fingers — a serious sin, as the local priest reminds him — symbolizes the blood being shed in Dublin as they sit around and drink their pints.

Pádraic won’t change, and he won’t engage the fight, even as his sister Siobhán (a fantastic Kerry Condon) leaves for the mainland and the town screwball Dominic (Barry Keoghan) commits suicide. Colm does everything but scream at him to get off his backside and join the struggle. The only time he begins to briefly like Pádraic again is when Pádraic starts to show some passion, “slagging” Colm and threatening to burn his cottage down. Finally, some sign of fight in him.

The Banshees of Inisherin could be a simply story about the futility of war and how it senselessly destroys the bonds of family and friendship. I don’t think so. My erased name is Brehon. Some things really are worth fighting about.