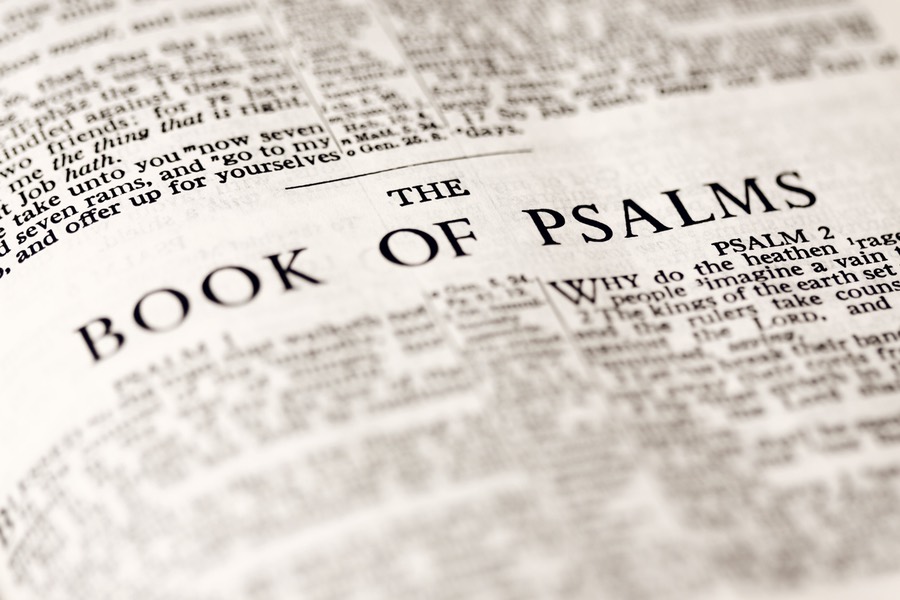 If there’s one good thing coming out of today’s growing anti-Christian hostility, it’s that it’s bringing new light and life to some of the Psalms for me. I was reading Psalm 77 the other day, and I found it connecting with my world like never before.

It’s the prayer of a man who wonders what in the world God is up to, and why things seem to be going wrong.

I cry aloud to God,
aloud to God, and he will hear me.
In the day of my trouble I will seek the Lord;
In the night my head is stretched out without wearying.

The psalm may be an individual’s isolated lament, according to one commentary I checked, or else it might have been written around the time the northern kingdom of Israel was destroyed.

I’ve had times when I could pray it as a personal lament. When I read this along with Psalm 78, though, the two psalms seem to connect as one national narrative, so it makes sense to think of it as a national prayer. We need prayer as a nation today. This is a great model, and more so now than at any time I can recall.

A Psalm for Us Today

Someone will object, “You can’t think this Psalm is about America. We’re not Israel!” True enough, except if that were the test, I couldn’t pray it as an individual lament, either, since I’m not the man who wrote it. I’m not building any theology about any modern nation here. It’s good enough if we find things in it that connect with our hearts, and lead us to pray.

Someone else will object, “What’s your problem? It isn’t really that bad here!” That’s true, too. But it’s bad enough. I’ve seen America slide from freedom toward a totalitarianism of sexual preference. Legislators, courts, and supposedly serious thinkers are saying sexual freedoms outweigh religious freedom, and boys can have babies. I see America falling more and more in debt. We’re stuck in our longest war ever. Racial tension plagues us now like we haven’t seen since the 1960s, except now it’s magnified to “intersectionality.” We’re divided and polarized like we haven’t been in 150 years.

What I don’t see is any sign it’s going to get any better soon. Humanly speaking, it’s shaping up to a clash that could make the “culture wars” so far seem like boys wrestling on the playground.

I lie awake thinking about this some nights.

You hold my eyelids open;
I am so troubled I cannot speak.
I consider the days of old,
The years long ago.

I remember when Christianity represented solid ethical leadership; when the question was, “Is it really true?” instead of today’s question, “Isn’t it horribly bigoted?” The change is partly due to our careless discipleship, placing other interests ahead of God, failing to love others as we ought. We Christians own more responsibility for this than we like to admit.

Then I said, “I will appeal to this,
to the years of the right hand of the Most High.
I will remember the deeds of the Lord,
Yes, I will remember your wonders of old.

Memories can be so helpful. On September 11, 2001, my family had just moved to Yorktown, Virginia. The next day I had to drive to the county offices to get my new Virginia driver’s license. The route took me across the Yorktown battlefield, where America had won its independence in 1781. I broke into tears — grateful, hopeful tears, that is. I remembered that God had brought us victory here once, right in this very spot. There were miracles in that battle, especially relating to the weather. He won it for us. And He wasn’t about to abandon us even now.

I will ponder all your work,
And meditate on your mighty deeds.
Your way, O God, is holy.
What God is great like our God?

God Still Acts for His Glory

God works in His holiness for His glory, that we might all remember He is great and good. This is where the psalm gives me renewed hope. “Humanly speaking,” I said above, it’s hard to see our circumstances getting any better for a long time to come. But that’s not the whole story, not by a long ways.

You are the God who works wonders
You have made known your might among the peoples.

“Peoples” in the Old Testament means the nations who do not know the Lord. Today we can find hope in knowing God will make His might known among individuals who don’t know Him. Groups, too. The Freedom from Religion Foundation will know His might. Planned Parenthood will, too. All his opponents will see Him work His wonders, to make His own glory known.

You with your arm redeemed your people,
The children of Jacob and Joseph.

And the psalm concludes with the story of the waters trembling as He led His people through the sea. That had been a hopeless moment for Israel, with Pharaoh’s army roaring down upon them, and no place to run or hide. God saved them by His own arm. He did it for His own glory, to display His goodness, to prove His own victory over His enemies.

Our Part Is To Seek His Glory, Too

He hasn’t changed. No, we’re not Israel, so there’s no guarantee He’ll deliver America. Whatever He does, it will be for His own purposes: to prove His victory, to display His goodness, for His glory.

We have a part to play in that, but the battle is always His. Our first responsibility is to line our hearts up with His; to be sure we who claim to follow Him care about His glory and goodness above our own. We can’t lose that way. No matter what happens; no matter how bad it may get.

And who knows? God could still lead us through to high ground again. We’re just foot-soldiers. It’s His battle. I find great hope in that. It wouldn’t be the first time He’s done it. The Psalms guide us in how to pray and trust Him now, just as they did for Israel centuries ago.

Christians, the Time Has Come to Put Ourselves on a Serious Wartime Footing