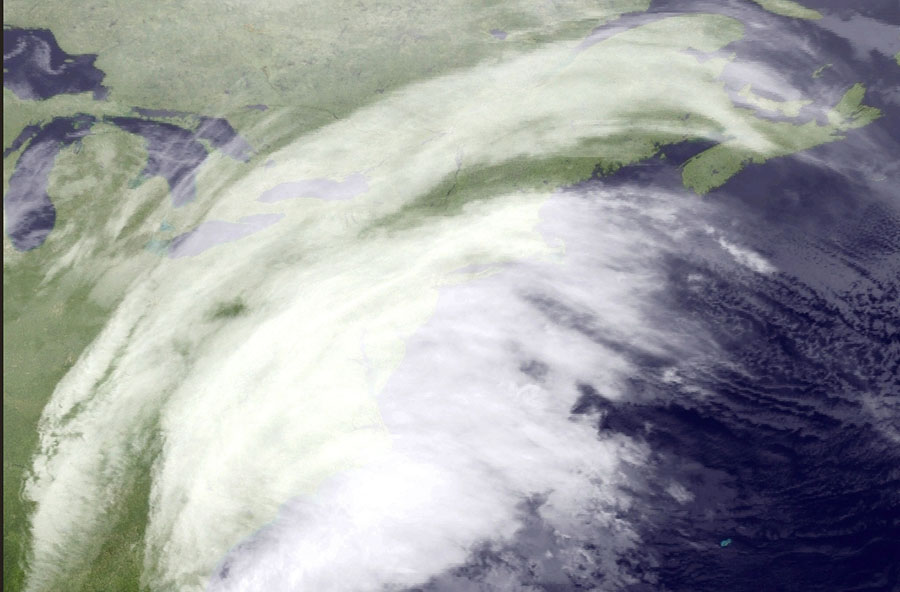 By Dustin Siggins Published on September 9, 2017 •

Hurricane Harvey has killed many people in Houston. Forty thousand are homeless. Still, in the midst of the historic flooding came a deluge of stories of heroes and hope.

In addition to tales of police and Coast Guard rescues and the individual acts of strangers, one group has received particular praise for its citizen heroics: The Cajun Navy.

The Cajun Navy spontaneously formed in 2005 after floods ravaged Louisiana during Katrina. It was heralded for members’ voluntarily use of personal boats as rescue vehicles. The water-bound band of heroes came back together during new flooding in 2016, but this time more formally organized.

Rob Gaudet is the founder of the Cajun Relief Foundation. He told The Stream that communication technology allows his group to help those in need. He also described his group’s efforts to be ready for the future.

‘A Platform’ to ‘Collaborate…for Rescue and Relief’

Gaudet’s background is in Internet, technology, and marketing. He has worked for the Tea Party Patriots and headed a Tea Party group based in Louisiana.

Gaudet described Cajun Relief’s work. “After the water receded [in Louisiana] and the Cajun Navy went home, Cajun Relief stayed. We spent a year working in the community to rebuild. Out of that experience, we developed the concept of CrowdRelief.” CrowdRelief is “an organic platform for non-profits and citizens to collaborate for rescue and relief.”

“We have a vision for an entire community’s recovery and a platform that will enable and measure the recovery effort,” Gaudet said.

CrowdRelief’s website describes it as a new form of crowdfunding. Advocates for disaster victims ask for items. Then donations are made to buy, ship, etc.

Gaudet told The Stream the Cajun Navy is run and funded by volunteers. The Cajun Relief Foundation helps anticipate, coordinate, and execute rescue operations. It also helps victims after the fact.

How It Came Together

“In 2016, we organized the Cajun Navy using technology,” Gaudet explained. He said that the Navy would not have been able to rescue people without Cajun Navy volunteers. There had to be a command center to direct rescue efforts. “Long after the boaters went home, command remained engaged and started coordinating citizens for recovery.”

Cajun Relief calls itself a group that worked with the rules “established by authorities” to save lives in Louisiana. Gaudet said, “We realized there would be a need to innovate, collaborate, believe, and inspire. We feel like social media and technology can do that.”

According to Gaudet, his group is using its platform to coordinate rescue efforts in advance of Hurricane Irma. “You can’t introduce technology during a disaster, the community needs to be already using it,” he wrote. “CrowdRelief is a platform that meets simple needs but can also scale up during and after a disaster.”

Gaudet says the Texas and Cajun Navies will improve relief efforts and save money. “Without the Texas Navy and Cajun Navy, the death tolls from both of these disasters would have been [far] higher. The Cajun Navy and Texas Navy were needed because authorities were overwhelmed.”

“These systems are going to be overwhelmed for several years,” he said. “It’s time to innovate and collaborate [to] provide a way for citizen-led responses. Doing so will allow the relief effort to be equal to the disaster without spending a dime. When an unprecedented disaster happens, the volunteer response must also be unprecedented.”

“The entire nation is going to have to come together to help,” Gaudet said. “If 100,000 homes need 10 people to repair them, that’s one million people helping, and the numbers are much larger than that.” To get the job done, Gaudet said, “we MUST innovate and collaborate.”

For more information on CrowdRelief or to offer your assistance, visit their website at CrowdRelief.Net.

If you haven’t already, please consider helping the victims of  Harvey. LIFE Outreach International, the parent organization of The Stream, is collecting donations here. The Red Cross is also collecting monetary gifts and blood. See here for more ways to help.

Joy Break: ‘I Pray That God Allows Me to be Used Every Day’