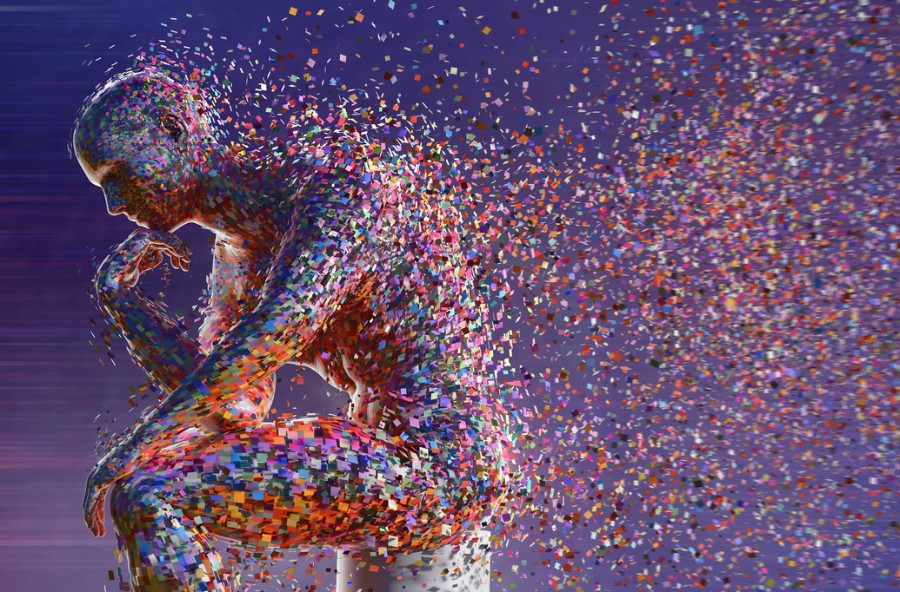 A Virginia school district has decided that critical questions about Critical Theory “will not be tolerated.” Free speech is great and all, they say, but it is “outweighed” by the importance of dealing with social injustice and systemic racism. In other words, if taxpayers don’t like spending thousands of their dollars on foolish and destructive indoctrination for their kids, that is just too bad. They are, by default, in the wrong.

What is “Critical Theory” Anyway?

Its roots actually go back to some of those dastardly dead, white European intellectuals. Specifically it originated among neo-Marxists, mostly German ones. Marx divided the world into classes. Class warfare is what drives history. “The history of all hitherto existing society is the history of class struggles,” he wrote in The Communist Manifesto. It’s the haves and the have nots, oppressors and the oppressed.

Marx called for “the ruthless criticism of all that exists.” Because the privileged class holds the power, they design and control all of the systems. The oppressed are morally obligated to join together (“Workers of the world, unite!”) for change. Marxist critique is seen as the way to unmask the systems that justify oppression. It precedes and inaugurates activism that leads to the dismantling of those systems.

How can a sane society foster and further
an irrational cult like this one?

Later Marxist scholars, like those of the famed, “Frankfurt School,” applied this idea to all areas of culture and society. This is why some people call Critical Theory “cultural Marxism.” Their ideas lived on in particular academic circles. Writers borrowed from postmodern thinkers like Michel Foucault. From him they got the idea that everything is about power. Every norm, every shared truth about history or science, every moral precept — all of it is “constructed” as an exercise of power.

Then along came “Intersectionality,” where identity markers became the primary focus. Mix that into Critical Theory and you end up with new academic disciplines like “Critical Race Theory” and “Queer Theory,” among others. They teach people that identity markers fall along a hierarchy. If, for example, you are a white male heterosexual Christian, you are on the extreme “oppressor” end of the spectrum. But if instead you are a black, gay, female who practices Wicca, you are on the extreme “oppressed” end of the spectrum. You see how that works?

And again, all of the “systems” are presumed to favor those on the oppressor side, and must therefore be “dismantled.” This is how we accomplish social justice, in their view.

There is much to criticize about in Critical Theory (CT). Its moral claims are without a foundation, since it is grounded either in atheism (a la historic Marxism) or religious and moral confusion. They have no ultimate basis for human dignity, rights or equality.

CT also gets human nature wrong. A person’s value is not in his or her shallow and superficial features. Reducing people to traits like skin color and sexual organs shrinks human worth and distorts our view of all humanity.

In a fair debate on a level playing field, Critical Theory would be rather handily obliterated.

These criticisms could go on, but the thing I most want to emphasize here is the way CT tries to escape all critical evaluation by vilifying it. In other words, they make reason itself another “system” that must be dismantled.

The spokespeople for CT are fond of saying that we need to “have a conversation” about this or that. This means, more or less, that their claims are to be taken uncritically. Critique only works one direction — the old Marxist direction. They critique the systems; but nobody is allowed to critique their views.

One celebrated “professor of creative writing and inclusion” explained why she always turns down invitations to debate her views:

Because debate is an imperialist capitalist white supremacist cis heteropatriarchal technique that transforms a potential exchange of knowledge into a tool of exclusion & oppression.

For those not fluent in “wokese,” the assertion of this word salad is that civil debate itself is part of the evil system.

This would no doubt baffle every great thinker from Aristotle to Descartes. But it is perfectly in keeping with a recent Smithsonian exhibit on “Whiteness.” Taken straight from the writings of popular critical theorists, it showed all of the things imposed by dominant white values. Those things included: objectivity, reason, hard work, fair play, the nuclear family, respect for authority, monotheism, having goals, future planning, optimism, property ownership, written tradition, politeness, proper English, conflict resolution and many more.

How can a sane society foster and further an irrational cult like this one? Reason cannot be rejected, even if we try really hard to do it. It is too basic. It is a voice everyone hears. The CT promoters who say it is oppressive use it constantly in every other area of life and discussion. To attempt to escape reason would require a self-lobotomy or heavily drug-induced state of mind.

So why would they suggest it? Clearly it is because they want to remain impervious to criticism. Reason is their enemy because their system of doctrines is altogether unreasonable. In a fair debate on a level playing field, Critical Theory would be rather handily obliterated. Thus writers, speakers, politicians, and yes, entire school systems, avoid hard questions by simple intolerance. No criticism, no dissent. Agree or you’re evil.