The Slow-Moving Crisis of Comfortable Christianity — The Damage It Does, and How You Can Help 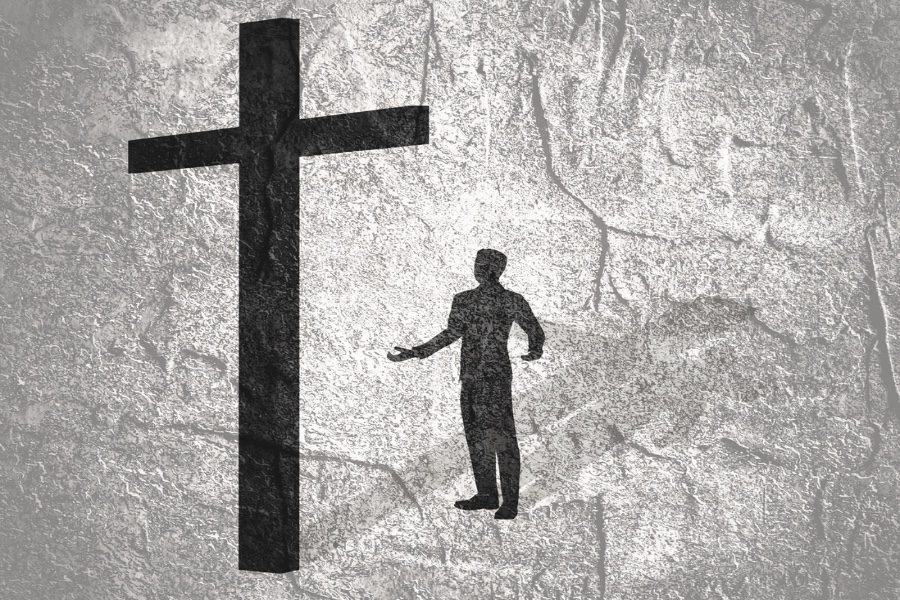 Christianity is in crisis in America. And happily, comfortably, blindly ignoring it.

That may not be true of you or your church. You know whether I’m talking to you or not. Nevertheless it’s true of Christianity overall.

I’ve seen this crisis rolling our direction — and have written on it — for well over ten years now. I’ve reminded readers that where God allows trials, He also brings joy. So whatever crisis we face, we can face it with a smile — but not the drowsy, unaware smile of sleepy ignorance.

For continued sleepiness means continued inaction, which I now consider our greatest crisis of all.

It may not feel like a crisis. It’s a slow-moving, quiet, lazy, comfortable thing. But Christian inaction — Christian apathy — does more spiritual damage than anything else we may be guilty of. Yes, we have other faults, but our spiritual apathy multiplies them all. And that makes it a crisis, no matter how slow it may crawl along.

Not that this is a particularly new problem. It’s undoubtedly as old as Christianity: church-goers coasting along on a quiet current of thin convictions and shallow spirituality. It comes and goes, rises and falls; and it happens most regularly where Christianity is most comfortable — which is the way it’s been through most of American history, until very recently.

But comfortable Christianity is no real Christianity at all. Jesus had nothing good to say about lukewarm religionists. He wanted passion instead — men, women and yes, children, too, who would stand with Him and live for Him with all their hearts.

How to Help Rouse and Equip the Church Where You Are

Wondering how you can help your church and yourself wake up and be ready? These five ideas can get you started:

Thin, shallow Christianity gives the real thing a bad name. It’s the reason the world says they see no difference between themselves and the Church. Sex scandals are bad enough. When the church covers them up, though, that multiplies the damage a hundred-fold. These cover-ups spring straight from spiritual apathy — putting comfort, reputation and status quo ahead of the passionate pursuit of the One we call our Lord.

The world also sees large numbers of church-goers defecting. They think it’s because Christianity is defective, and in a way they’re right: There is a kind of “Christianity” that doesn’t make sense, doesn’t work, and isn’t true. It’s a thin, shallow, distorted Christianity . Defective? Certainly? Real Christianity? Not at all.

The Real-Time Crisis of Christian Slumber

But is it fair to escalate this long-term situation this way, and label it a “crisis” now? I think so. Christianity is under hostile attack like never before in the Western world. We’re so committed to our slumbers, though, we’re failing to make ready for that attack. And that’s hurting us in real time.

For we are massively under-prepared for it. I daresay no generation of Christians in history has been so well set up to be surprised at “the fiery trials” coming upon us — which Peter tells us, in 1 Peter 4:12, not to let surprise us.

Therefore no generation is so massively unequipped to follow — joyfully! — Peter’s next instruction (1 Peter 4:13): “But rejoice insofar as you share Christ’s sufferings, that you may also rejoice and be glad when his glory is revealed. If you are insulted for the name of Christ, you are blessed, because the Spirit of glory and of God rests upon you.”

We’re very unprepared for this. It’s partly because we’re inexperienced. Persecuted Christians around the world have plenty to teach us. Church history does, too.

Ignoring Reality Doesn’t Help Us Prepare For It

But we’re also unprepared because we’re not paying attention. Twentieth-century comfortable Christianity felt so good, we’re holding on to it as long as we can — mostly by continuing to do church as if the 21st century hadn’t quite arrived yet.

A former pastor of mine, for example, had a studied conviction never to mention Dan Brown’s The DaVinci Code in church. His idea was to keep godless culture out of church — as if no one might have read the book and worried whether Brown’s twisted attack on Christianity might have some truth behind it.

Part of a continuing series

We’ve got to face the realities we live in. Comfortable Christianity is vulnerable Christianity. It leads to stumbling. To reputation-management. Ultimately to irrelevance, or even worse, for if there’s sin the world still agrees is wrong, it’s hypocrisy. They can’t stand to see it in us.

Comfortable Christianity misses out, too, on the rejoicing Peter wrote about. It misses the joy Jesus spoke of in Matthew 5:11-12: “Blessed are you when others revile you and persecute you and utter all kinds of evil against you falsely on my account. Rejoice and be glad, for your reward is great in heaven, for so they persecuted the prophets who were before you.”

I’ve been writing on spiritual readiness, and especially six crucial steps in Christian strategy, since late last year. Nothing in that strategy is more important than looking this fiery trial right in its hostile red embers, and saying, “I see you for what you are. I’m not hiding from you for one minute. I’m not letting you surprise me one bit. Instead I’m preparing to see Christ’s victory over you, with all the joy Christ has promised.”