Creators of I Can Only Imagine Release American Underdog, Kurt Warner’s Story, on Christmas Day

The inspirational story of football MVP and Super Bowl Champ Kurt Warner will hit the big screen on Christmas Day. 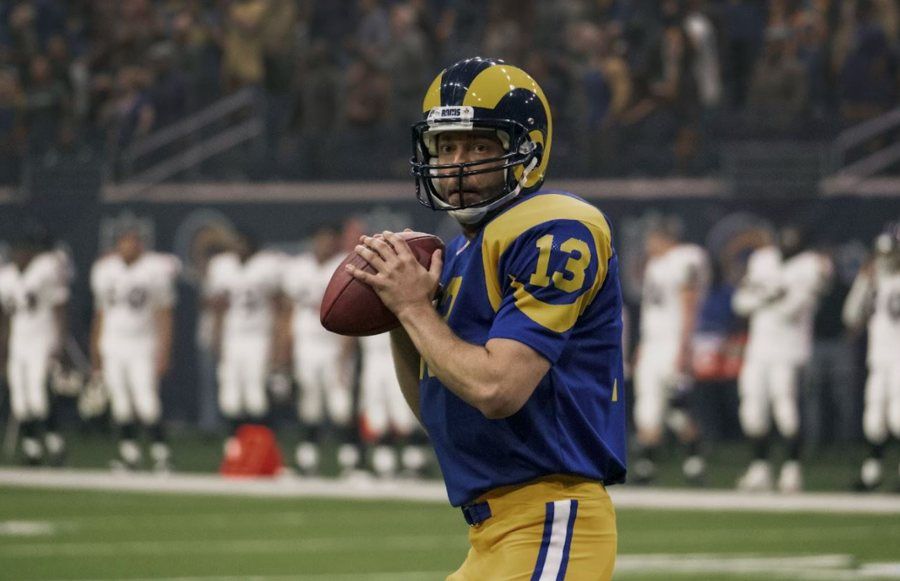 Brothers Jon and Andrew Erwin, directors of I Can Only Imagine and Woodlawn, have directed another inspirational true-story film: this time about NFL Hall of Famer, MVP and Super Bowl champion Kurt Warner. The film, American Underdog, stars Zachary Levi (Kurt Warner), Anna Paquin (Brenda Warner) and Dennis Quaid (Dick Vermeil) and will be in theaters everywhere Christmas Day.

Jon Erwin told The Stream that although the football scenes in the film is incredible, the movie is actually an inspirational love story. “You don’t have to be a football fan. If you are a football fan, if you’re a fan of Kurt Warner … you’ll love the movie. … This is a movie for dreamers everywhere.”

But those who expect another inspirational film should know that American Underdog is different for a couple of reasons. Although rated PG, that doesn’t mean it’s a film for young children. The movie includes many bar scenes and lots of drinking. In fact, Kurt meets his future wife, Brenda, at a bar, where she spends a lot of time. There’s also mild language.

Further, this is not an overtly faith-based film. Kurt is not a Christian in the beginning of the film. And while he gives God praise after football games and awards, a true transformation or conversion really isn’t depicted in the film. We don’t know how he becomes a Christian.

An Inspirational Focus on Family and Love

That all said, it’s certainly a redeeming movie. A beautiful love story celebrating the relationship between Kurt and Brenda and the importance of family.

Jon stressed that American Underdog should spark hope in viewers that dreams do come true. “You couldn’t have someone that was further from their goal in life as Kurt Warner is, you know? [He’s from] a small school in Iowa, sat on the bench … up until his senior year, didn’t get drafted, working at a grocery story,” Jon said. “So if there was ever a dream that would be considered delusional, it was Kurt Warner’s dream. And yet through this incredible love story and relationship with Brenda and becoming a husband and a father … that’s really where he found his heart of a champion, [it] was in that relationship.” Jon continued:

And he endured. He never gave up on his dream and he achieved it, he achieved the impossible. And I think that we all need to be reminded of that. And it’s my hope is that people will love the movie, be entertained, laugh, cry, cheer, but come out of the movie, not thinking about Kurt Warner, but thinking about their own dreams. And those things that they’ve let sit idle and … convinced themselves that were impossible. And think, ‘Maybe they’re not as impossible as I thought.’

And on that front, American Underdog wins in a blow-out.