‘Coyote’ Mockeries Reveal What the Left Really Thinks About Us: Not Just Wrong, But Less Than Human 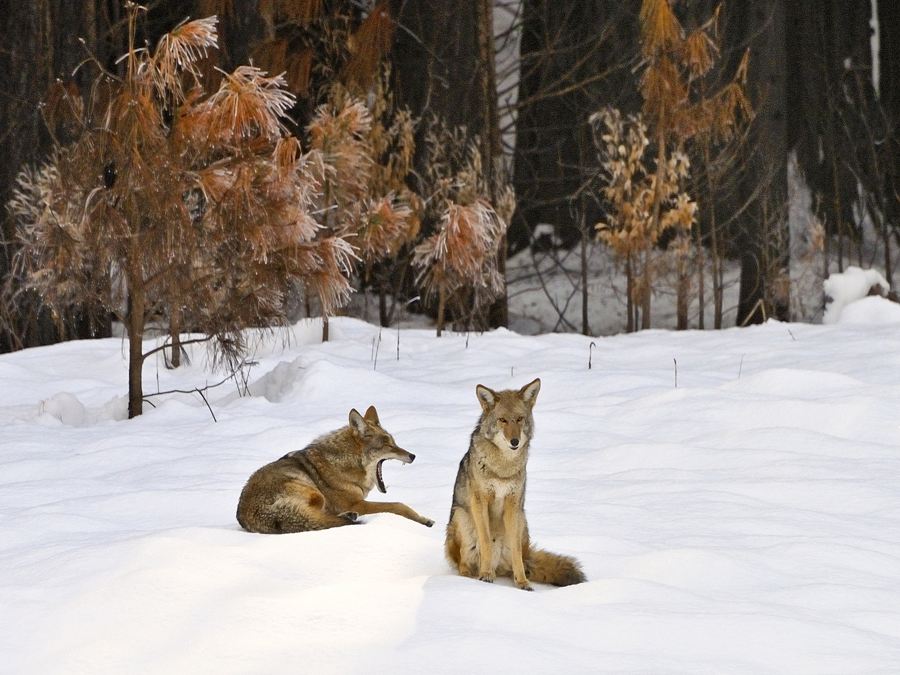 Democrats all over the country fell straight into hootin’ and hollerin’ over Donald Trump’s “idiocy” for thinking coyotes drag kids across the Mexico-U.S. border. The rest of us know it was their own ignorance they were putting on display. There’s more to it than that, though. They think Trump has his humans and his animals mixed up, but in a way, they’re making that mistake themselves: They view him as something less than human. It’s one thing to think your opponent is wrong, and quite another to see him as not quite human. The difference should concern us all.

I recognize the dehumanizing nature of their views, because I’ve seen it before in atheists’ denunciations of Christianity. (It’s no coincidence that you see it in both leftists and atheists.) Let me illustrate:

These examples and many others have two things in common with Trump’s coyote complainers. First, they’re easy to answer. Our opponents aren’t just wrong, they’re embarrassingly wrong. The New Testament tells us explicitly that God changed the dietary laws after Christ. Faith has never meant “belief without evidence;” not anywhere, or at least not until a couple of 19th century humorists, Mark Twain and Ambrose Bierce, made that up. And I’m sure you already know the easy answer to the coyote question.

Second, the people who say these things are implicitly calling us stupid. Really stupid; stupid to a degree that beggars description. Stupid, as in, “Man, we knew Donald Trump had problems, but can you believe he really thinks coyotes are dragging kids across the border?” Or, “Everyone knows that in order to be a Christian you have to totally check your brains at the door.” For sixteen years I’ve run a blog called Thinking Christian. I can’t tell you how many skeptics have chortled, “Thinking Christian? There’s an oxymoron for you!” They all think they’re being terribly original when they say it.

How Stupid? Stupid Beyond Any Human Capacity for Stupid

Let’s have a reality check here, though. No halfway-functioning human being believes four-legged coyotes smuggle babies across borders. The charge against Christian faith, likewise, is a charge of utter, complete mindless. And when atheists use the shellfish challenge, their whole case depends on the idea that no Christian in 2,000 years — not even one! — has ever even noticed there’s a problem there, and worked on trying to solve it.

So they’re not just calling us wrong. To be that wrong takes more than stupidity. It requires stupidity beyond any believably human capacity to be stupid.

It makes for an ominous combination. If we’re that impossibly stupid, they need not listen to us; in fact, no one should listen to us. And if we’re not quite human, they don’t have to treat us quite as human.

Yet our opponents — some of them — act as if we can descend to that level of stupidity. It says much more about them than it does about us.

First, they’re obviously wrong. Not wrong about coyotes or faith or shellfish, but wrong about us. Take the shellfish thing again. It should only take half a second’s reflection to realize, “It’s been centuries. Someone on their side must have thought about this by now.” Another half-second should produce the thought, “Maybe they’ve got an answer.” And then, “Maybe I won’t agree with their answer, but it’s at least possible that if they’re not embarrassed by this, they’ve got some reason for it.” All in less than two seconds.

Religious skeptics like these treat their challenges as if no Christian has ever thought of them before, never worried about them, never wrestled with them over the course of thousands of years. To believe that of Christians is to believe the impossible. It is to suppose that every Christian throughout history has suffered ignorance and stupidity at a level to which no long-surviving group of humans could possibly descend.

Again, the Trump mocker supposes that he could actually think that dog-like creatures smuggle children over the border. This supposes a level of stupidity no fully functioning human individual could descend to. These skeptics think we believe the impossible, but that reflects on them instead. They must believe something impossible themselves in order to reach that conclusion. It does not speak well for their reasoning and awareness.

But that leads to a second and worse conclusion. How can they be so wrong about us, and not realize it? How can they treat us as stupid to degrees no human could possibly descend to? I see a clear implication here: Apparently they view us (at least implicitly) as actually being something less than human.

Two conclusions appear here, then. They are willing to believe impossible things about us, and they view us as slightly less than human. It makes for an ominous combination. If we’re that impossibly stupid, they need not listen to us; in fact, no one should listen to us. And if we’re not quite human, they don’t have to treat us quite as human.