Courage: The Cure for News-Weariness 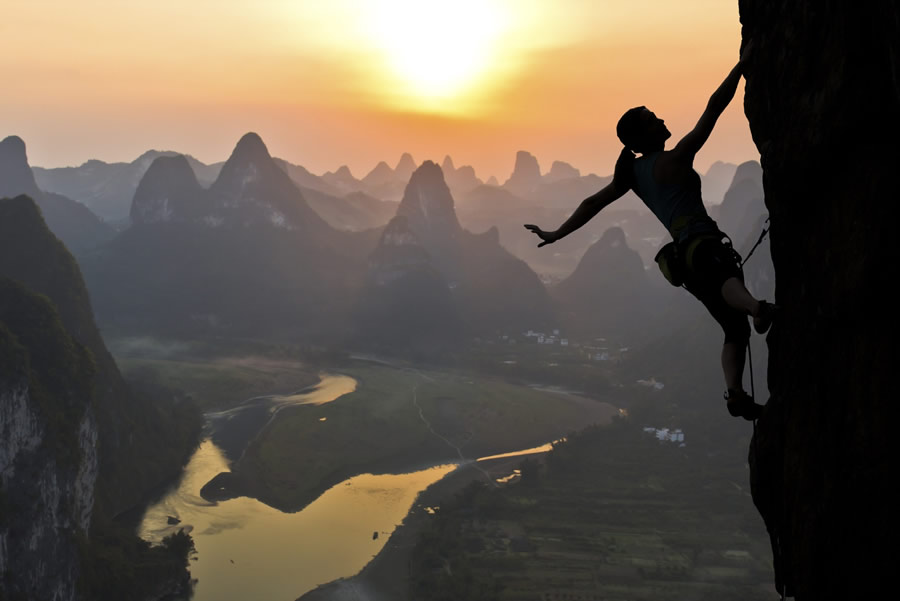 I’ve been news-weary. Why? Well, just look at the news.

The U. S. Supreme Court heard arguments about whether or not (a) there is a constitutional imperative to redefine marriage to include same-sex couples and (b) whether a marriage performed in a state that has adopted that redefinition must be recognized in all other states.

If the Court finds for this redefinition of marriage, everyone knows and has known for some time that religious liberty and thus all our other liberties will be truncated. It cannot be otherwise.

Then there was the rioting in Baltimore calling our attention to the unrest that lies just under the surface in so many lives and communities. And while the vast majority of police are, no doubt, the good guys we expect them to be, it also makes us ask (how could it not?) whether our police can be trusted. After all, in addition to the high profile stories involving race, some police are acting like government-sponsored thugs in Wisconsin. Why wouldn’t they do the same in your neighborhood?

Meanwhile the old Soviet submarine fleet seems to be coming back to life and threatening Russia’s Baltic neighbors. Iran, our good buddy from a few weeks ago, is flexing its naval muscles in the Straits of Hormuz by surrounding and firing warning shots at a ship flying as U. S. flag.

Add ISIS, Boko Haram, South Sudan, a sluggish economy, the threat of “home-grown” terrorism, and, assorted other hellacious stories that haven’t gone away even if the media outlets have lost interest and I’m news-weary.

Many Americans avoid the news altogether. If they can’t get it with giggles, grins, and some “nudge-nudge, wink-wink” from Jon Stewart, they just avoid it. And our culture offers us a myriad of ways to stay busy and avoid the news and every other unpleasant facts we’d rather not face.

Like Scarlett O’Hara in Margret Mitchell’s Gone With the Wind, we say, “I’ll think about that tomorrow.” But tomorrow never comes and Scarlett’s words reveal that while she (and we) may keep busy, we’re missing something.

As W. C. Fields once said, “There comes a time in the affairs of man when he must take the bull by the tail and face the situation.” It’s a call for what’s missing: courage. Most of the time, we’d rather let someone else face the situation and be brave while we put in a few extra hours at work, do some shopping, grab a drink, play Candy Crush, watch a game that doesn’t matter, or see another over-rated movie. Not that those things are evil in themselves. They aren’t. Sometimes we need to call a time out. But if all times are time out, we become numb to what matters.

Christians in the past recognized courage (fortitude) as a core value. Along with justice, prudence and temperance, it’s a cardinal virtue enjoined upon us all. “Alone of all creeds, G. K. Chesterton observed about Jesus’ Passion, “Christianity has added courage to the virtues of the Creator. For the only courage worth calling courage must necessarily mean that the soul passes a breaking point — and does not break.”

Virtues are not static states.  Virtues are habitual and firm dispositions to do the good. Courage is a habit that we develop and maintain. And if we fail to develop courage particularly in this our era of history, we will succumb to the mind-numbing and soul-suffocating spirit of the age as we cheerfully post updates to Facebook.

Courage begins when we turn off the amusements and distraction so we can face the facts. No one wants to take the bull by the tail because it’s messy and after all, “Tomorrow is another day.” Yet without facing facts, we will never step into the arena in our private or public life where courage is needed.

Second, we need to bring those facts to God in prayer with the spirit theologian Reinhold Niebuhr demonstrated in his “Serenity Prayer”: “God, give me grace to accept with serenity the things that cannot be changed, the courage to change the things which should be changed, and the wisdom to distinguish the one from the other.”

Third, we need to do what we can, however little it seems to be: writing to our leaders, telling others, giving, marching, praying — and praying, of course, is huge, not small.

This week I played golf and it helped. After the break, I’m ready again to face the facts about the nation, the world and my own soul.

Not that I’m an exemplar of courage. I’m not. But in our dangerous world, I won’t go down without a fight. Neither should you.