Counting Our Spoons: Reality, the Moral Law, and the Ten Commandments 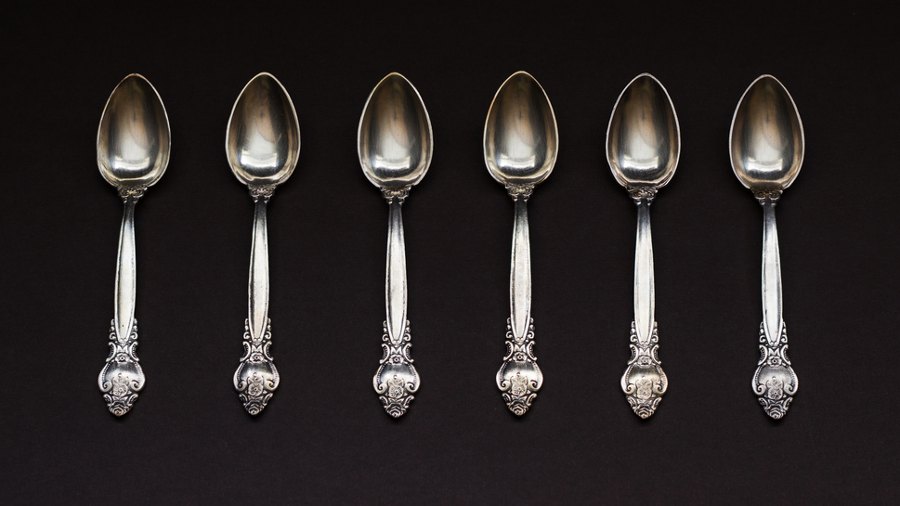 Someone defined a conservative as a liberal who has been mugged. All human beings are conservatives whenever they are forced to leave the cloistered halls of academic theory and deal with reality. It is easy to be a relativist because it absolves us of the responsibility of making moral judgments. They might offend our fellow citizens. They might even cramp our own lifestyles.

Relativism is thus a comfortable path of least resistance. We can say it is all a matter of culture or upbringing or perspective and pretend there are no absolutes and get along just fine. We can do that until it is our sister who was raped, our money that was stolen, or our trade tower that was blown to bits full of innocent people. Then suddenly we are all absolutists.

There are some things that are right and some that are wrong, period, whether anybody likes it or not. This conclusion is unavoidable. Reality has a nasty habit of rubbing our noses in it from time to time.

What follows? The moral law is not just a set of cultural conventions. It is not just a bundle of inhibitions picked up from our parents. It is not a list of self-serving rules devised by the Dead White European Good Old Boys Club to advance their own interests and keep women and minorities in subjection. It is not anything else that human beings just made up. It has its own prior, independent, and objective existence. Whenever we ignore this fact or fail to respect it, somebody is going to get hurt.

This is all true when we fail to respect the law by breaking it ourselves. It is equally true when we pretend that it does not matter whether others believe in and respect it. As Dr. Johnson said of the skeptic David Hume, “If he does really think that there is no distinction between virtue and vice, why, Sir, when he leaves our houses, let us count our spoons.”

Christians believe the best explanation is that a transcendent moral law requires a transcendent Lawgiver. God is not only the Source of this law but has written it on the human heart. He has given a more precise summary of it in the Ten Commandments.

The Absolute Must Trump the Expedient

Because it is a widely acknowledged summary of the higher Law, the Ten Commandments have often been displayed in our public buildings. Even Muslims, who also accept Moses as a prophet, should have no problem with this acknowledgement. It can hardly therefore be viewed as sectarian. But even secular citizens who have not been granted the faith to believe these helpful truths must deal with the rock-hard reality of this Law. It inexorably confronts them.

The unity and clarity of the general human tradition on such matters stand in stark contrast to the perverse muddiness that passes for wisdom today. C. S. Lewis documented the unified voice of mankind on the moral law in the appendix to his brilliant book The Abolition of Man. And J. R. R. Tolkien admirably summarized it: “Good and ill have not changed since yesteryear; nor are they one thing among Elves and Dwarves and another among Men,” said Aragorn (The Two Towers). He was speaking with the united voice of the race before the advent of late Modernism.

Surely this ought to mean that no one should be trusted with interpreting human laws who does not believe in the higher Law which stands above them and gives them their validity. For our society to endure, the absolute must trump the expedient, no matter how desirable the expedient may seem. Therefore, one wants the people who evaluate the expedient to know and honor this fact. Yet the United States Senate stands in rebellion against that higher Law. It rejected Robert Bork’s appointment to the Supreme Court on the grounds that he, horror of horrors, believed in its existence. Ever since, such a belief has amazingly often been rather a disqualification than a qualification for the bench.

Do we wish to know the difference? Then, despite the obtuseness of judges who seem to be under the incomprehensible illusion that showing public honor to a document as ancient and widely respected as the Ten Commandments is somehow an “establishment” of sectarian religion, that ancient summary of the Law would be a good place to start.

Donald T. Williams, PhD, is Professor Emeritus of Toccoa Falls College and the author of 13 books, including The Young Christian’s Survival Guide: Common Questions Young Christians are asked about God, the Bible, and the Christian Faith Answered.

What is Truth? — Ed Newton and John Sanders on LIFE Today Live