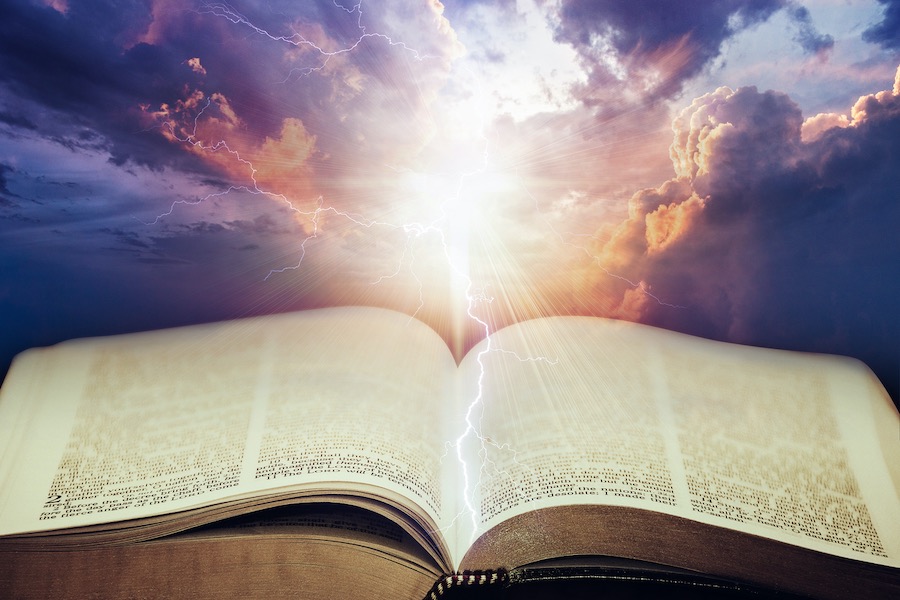 Is this the end of days? I understand why people are asking that. Could the coronavirus be the signal that says the “Great Tribulation” is beginning now? Not to mention Africa’s worst locust crisis in decades? It’s looking much more like it than at any time in history. But the fact is we don’t know yet.

Jesus told the disciples what was to come, including:

For then there will be great tribulation, such as has not been from the beginning of the world until now, no, and never will be. And if those days had not been cut short, no human being would be saved. But for the sake of the elect those days will be cut short. (Matt. 24:21–22)

In a passage that speaks much louder this week than a month ago, Revelation speaks of “pestilence” coming at the end:

When he opened the fourth seal, I heard the voice of the fourth living creature say, “Come!” And I looked, and behold, a pale horse! Its rider’s name was Death, and Hades followed him. And they were given authority over a fourth of the earth, to kill with sword and with famine and with pestilence and by wild beasts of the earth. (Rev. 6:7–9)

So for believers it’s impossible not to wonder: Could this be the beginning of that? As I read it, the answer is yes, possibly, but we can’t begin to presume to say it is yet. There’s a lot we don’t know, because God didn’t intend us to know.

The Bible’s prophetic word is clear in some ways, foggy in others. Views on end times vary as a result. Still, there are these four things we can say about it:

1. Wrong So Often Before, We Could So Easily Be Wrong Now

First, no matter how much this may look like the end, it still doesn’t have to be. The Black Death killed at least a third, and possibly more than half of humans living in Eurasia during the 14th century. They very likely thought it signaled the end. If so, they were wrong. We could easily be just as wrong as they were. In fact, in various ways and to various degrees this kind of thing has happened so many times, it would be very unwise for anyone to say this is it this time. What we really know is that we don’t know.

On the other hand, though, at least one end-times prophecy is reaching fulfillment now for the first time ever. Jesus said, “This gospel of the kingdom will be proclaimed throughout the whole world as a testimony to all nations, and then the end will come.”

May God sweep the world with revival so many more can come to know the hope of Christ!

The “nations” in that verse aren’t political countries but people groups (the Greek is ethné) defined by language, religion, race, tribe, and other culture-defining factors. Missionary agencies report that for the first time in history we are closing in on reaching every people group with the Gospel. Of course that’s base on our best understanding of what the Lord had in mind there. It could be that in His view we’re even closer than we think.

2. What’s Your View on the End Times?

Second, views on end times vary. I’ll mention just a few opinions common among Protestants. (I’m less familiar with Catholic end-times theology.) Some think the tribulation Jesus described in Matthew 24 has already happened, at the fall of Jerusalem in A.D. 70. Others, myself included, are convinced the Bible teaches there’s a seven-year Tribulation yet to come.

A subset of that group (myself not included) believes God’s people will be physically and spiritually removed by a sudden act of God just before it begins. It’s called the Rapture (being “caught up with Jesus”), and Paul tells us in 1 Thess. 4:13-18 that it’s coming. To me the passage is clear enough on what’s going to happen; what’s less clear is when.

If their view is correct (and I certainly hope it is, even though I don’t think so), then this time of trial isn’t the real thing yet. Or if it is, it’s the wind-up to a pitch yet to be delivered, probably not very long from now. If my own view is correct, and the Rapture comes after the Tribulation, then this could be the real thing already. Maybe. We don’t know.

Those who hold to what’s called the “pre-trib Rapture” would be wise, in my opinion, to be open to the possibility they might be wrong. It’s a readiness factor. If they are wrong, and they end up experiencing the final tribulation along with the rest of the world, they could end up being far more surprised and distressed than they need to be.

Besides that, tribulations happen individually and regionally, not just globally. There is one Great Tribulation, but many lesser but still difficult, even brutal ones. We must be ready.

Third, end-times prophecies were written to give God’s people hope when the hardest times come. For they will be difficult, but our Lord said “(Luke 21:28), “Now when these things begin to take place, straighten up and raise your heads, because your redemption is drawing near.” We don’t know the hour or the day of Jesus’ return, but we can know the season: “From the fig tree learn its lesson: as soon as its branch becomes tender and puts out its leaves, you know that summer is near. So also, when you see all these things, you know that he is near, at the very gates” (Matt. 24:32-33).

This is the blessed hope for which we have been waiting. We need that hope. With or without the Rapture, God’s people will be among those who suffer, both before and during the Great Tribulation (for there will be new converts, if there is a rapture).

It will be hard. It’s really hard right now. But “the sufferings of this present time are not worth comparing to the glory that will be revealed to us” (Romans. 8:18). And Paul, who had suffered mightily in serving the Lord, (see 2 Cor. 11:22-29), could still say “this slight and momentary affliction is preparing us for an eternal weight of glory beyond all comparison, as we look not to the things that are seen but to the things that are unseen.” (2 Cor. 4:17-18).

In the meantime, though, one main point of 2 Thessalonians is that we work as we are able, expecting the Lord but not dropping our normal daily responsibilities until He actually returns.

4. A Warning to the Rest

Fourth, end-times prophecies are not intended to reassure the unsaved. I read Revelation as a teenager, before I came to believe in Christ, and it scared me to death. It was meant to. God has a good end planned for those who love the Lord’s appearing (2 Tim. 4:8), but not for those who have rejected Him. So now is the time to reconcile with Him by repentance and by trusting in His salvation for your sins.

Now is the time to grow in Christ, starting with connecting with God’s people — which isn’t hard to do online, even if churches aren’t meeting physically.

Each one of us must face his or her final ending, whether it’s at the end of all things or not. COVID-19 and all the deaths it’s causing makes that reality all the more plain to see. What kind of end do you want?

It Could Be Us

Yes, this could be the beginning of the end. No, we don’t know that it is; in fact we know that a lot of previous generations thought they were the last, and they were wrong. Someday some generation will think that, and they will be right. Maybe it’s ours.

Coronavirus might or might not be the first wave of a Great Tribulation yet to come. Either way, Christians can still look up, for our redemption is drawing near, individually if not globally. No matter what happens, Christ gives hope. May God sweep the world with revival so many more can come to know it!