Could This be the Primary Cause Behind Mass Shootings? 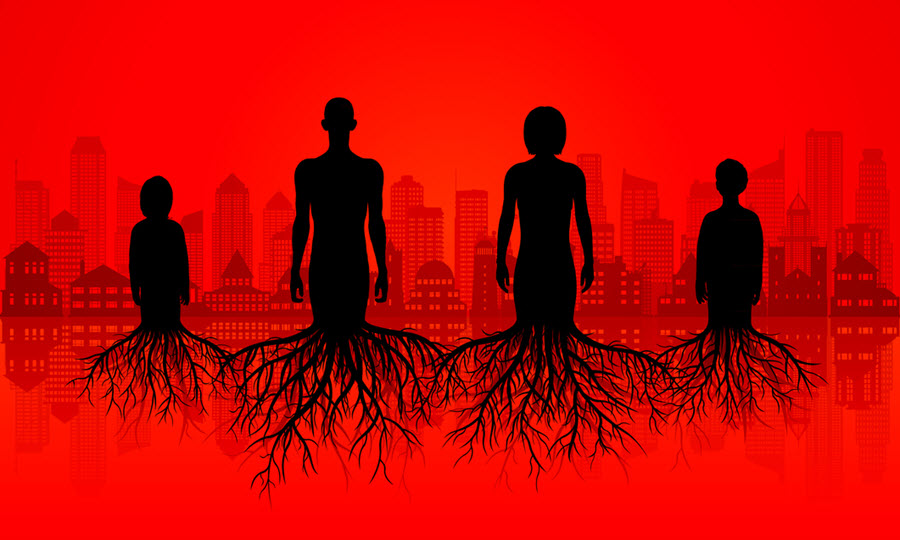 As our prayers go out to the families in Texas, I just read an article where the FBI reported that there were 61 active shooter incidents reported in 2021, which is a 52% jump from 2020. If we compare this since Columbine, the trend is alarming.

What in the world is going on? In short, our nation has rejected God and we are reaping the whirlwind. Just as water rapidly eroded the banks of the mighty Colorado River and created a vast Grand Canyon, America’s current belief system (relativism) has eroded her foundation and created a moral void.

Interestingly enough, the stability of America is one of the top concerns on the minds of many today. There was a time in recent history when America felt secure knowing that the most formidable enemies were abroad. Not so today. Our enemies are within our gates. We, like the mighty Roman Empire that collapsed centuries ago, are crumbling from within. There are people who attempt to be “one nation above God,” rather than “one nation under God.” Scripture identifies this as foolishness, self-exaltation, and arrogance — the downfall of nations.

Don’t Pull Up the Roots

There is a saying that one generation plants trees for the next generation. I’m concerned that instead of planting, we are removing and destroying the roots. As a result, our legacy as a great and noble nation has all but been forgotten. For instance, most schools no longer teach students about the spiritual foundation that has guided America throughout her history.

The U.S. Supreme Court, in Vidal v. Girard’s Executors, echoed this same sentiment: “Why may not the Bible, and especially the New Testament be read and taught as a divine revelation in the [school]? Where can the purest principles of morality be learned so clearly or so perfectly as from the New Testament?” We must bring God back into our schools.

Consequently, America’s moral and religious heritage is often deleted, grossly distorted, or revised altogether. Students often miss the critical connection between America’s unparalleled greatness because we put God first. This should concern us. The ideas of the classroom in one generation will create the ideas of society within the next. And this is exactly what is happening today: There is no fear of God in this place.

As a Man Thinks

Another problem is that many are becoming desensitized by movie sensations and video games that depict ungodly themes such as witchcraft, the occult, extreme violence, perverted sex, and so on. Mass shootings are demonic.

For anyone to assume that there isn’t a pattern here is either naïve, or grossly out of touch with the culture. The greatest battle we will ever fight is within. Even secular psychologists recognize that our mind is where the battle is either won or lost. “As a man thinks in his heart so is he” (Proverbs 3:27). Not surprisingly, many past shooters were also on powerful antidepressant drugs.

The Star Tribune reported this about the Texas shooter, Salvador Rolando Ramos:

“Santos Valdez Jr., 18, said he has known Ramos since early elementary school. They were friends, he said, until Ramos’s behavior started to deteriorate.

They used to play video games like ‘Fortnite’ and ‘Call of Duty’. But then Ramos changed. Once, Valdez said, Ramos pulled up to a park where they often played basketball and had cuts all over his face. He first said a cat had scratched his face.

‘Then he told me the truth, that he’d cut up his face with knives over and over and over’, Valdez said. ‘I was like, ‘You’re crazy, bro, why would you do that’?

Ramos said he did it for fun, Valdez recalled.”

I Will Keep Sounding the Alarm

As I’ve said many times in the last few years: Without a massive spiritual awakening, the violence in our country will only get worse. We must learn from King Josiah in the Old Testament. Once he heard what God’s Word said about the current condition of the nation, he humbled himself in a profound way, repented, and asked for God’s intervention.

God’s answer also offers hope for us today: Because your heart was tender, and you humbled yourself, I heard your cry and answered your prayer. I have stayed my hand of judgment for now (paraphrasing 2 Kings 22:19).

The cure for violence has never changed: humility, repentance, and fearing God. Our cry must resemble Isaiah’s: “Oh, that You would rend the heavens! That You would come down! That the mountains might shake at Your presence” (Isaiah 64:1).

Like any parent, God hears the cries of His children. Would be to God that America would tremble again at His presence and fear Him (cf. Isaiah 64:1-2).