Corrupting Tolkien and Dumbing Him Down 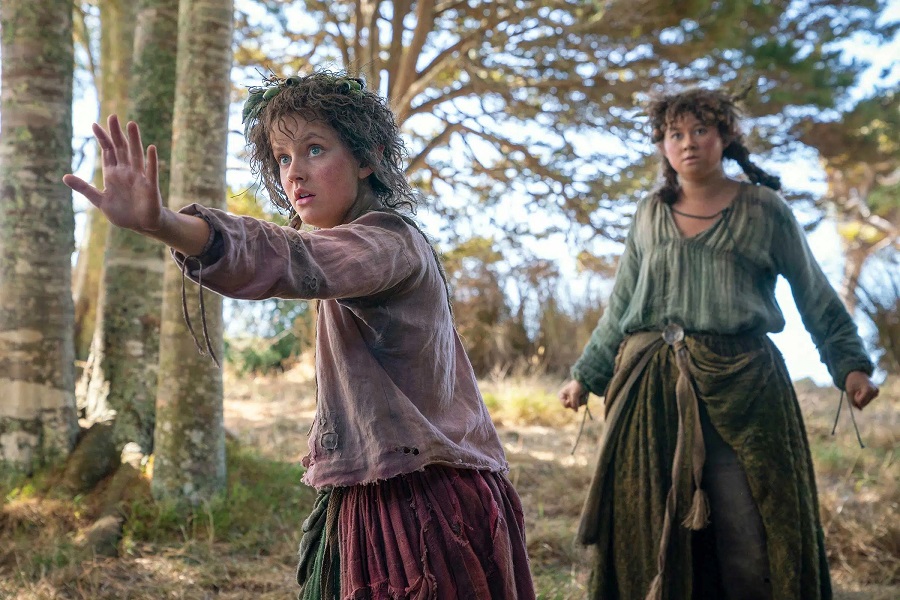 I first read The Lord of the Rings in 1977. Since then I’ve consumed everything else J.R.R Tolkien wrote, as well as all the material edited by his son Christopher. I’ve watched Peter Jackson’s movies dozens of times (LotR more than the inferior Hobbit trilogy, however). A few years ago I published a political history of Middle-earth (“geek” could be my middle name). I hope to finish a military history of that world in the not-too-distant future.

There Was Always Hope

So needless to say, like millions of others, I was greatly enthused when, five years ago, Amazon announced its plans for a series on the Second Age of Middle-earth. Even though the corporate giant had gained only the rights to LotR and The Hobbit, despite the dump truck full of money they drove to the Tolkien estate. Surely there was enough background material in the novels themselves, and especially in the appendices, to fashion riveting tales? Even without recourse to The Silmarillion (which details the history of the Second as well as the more mythical First Age). Or to Unfinished Tales (which provides crucial backstories on several major characters, events, and artifacts of LotR).

Until the Show Came Out

You’d think so, wouldn’t you? But, as many of us feared, Amazon Prime’s writers and producers went for woke. Tolkien’s own data on the world he created has often been pushed aside. The result? The Rings of Power is infected with the showrunners’ allegorical fantasies, instead of the Oxford don’s devotion to story-telling as “history, true or feigned” (LotR, p. xxiiv).

Diversity is Only Skin-Deep

The random insertion of racial “diversity” into RoP is the most obvious, and discussed — albeit not the worst — example of missteps. It would have made sense, both biologically and in terms of Middle-earth’s established history, to have some of the Men be darker-skinned. Especially those of the “Southlands,” to include Harad — whom Tolkien specifically describes as such. (Yet the humans there look, and sound, as if they’d escaped from a Charles Dickens tale.)

Ditto for the “Harfoots,” a tribe of proto-Hobbits who show up in RoP, led by the always-delightful Lenny Henry. These are described in the LotR “Prologue” as “browner of skin” than other Hobbits. But melanin-rich Elves and Dwarves simply make no sense. The former are based on legends from Northern Europe. The latter likewise, and in addition live and work mostly underground. So why would any of either of those races resemble African-Americans?

Amazon Prime movers simply kow-towed to racial bean counters. And to add insult to injury, the corporate giant then attacked anyone unhappy with this as “racist.” In which Amazon was joined by a brace of virtue-signalers, decrying the “backlash,” to include original LotR movies’ cast. This is however, to me, the least of RoP’s problems. And in fact I think that Arondir, a fabricated character portrayed by Puerto Rican actor Ismael Cruz Cordova, is the best role in the show so far.

More annoying are these contrived characters, even admirable ones such as Arondir. Did Amazon Prime learn nothing from Peter Jackson’s horrible insertion of the female Elf Tauriel into the Hobbit movies? Yes, I realize that LotR’s appendices, the main source material, are heavy on historical data and light on characters other than rulers. And the cast does need to include more than just the elites among Men, Elves, and Dwarves.

But the Prime producers went overboard, introducing so many characters — especially extraneous Men and Elves — that I had to keep stopping the show to look up who they were. A Man named Halbrand, who saved the Elf Galadriel during a shipwreck, is described as the exiled “king of the Southlands.” A mysterious scarred Elf who leads Orcs, named Adar. There’s the “Meteor Man,” a bearded chap who falls from the sky. And may or may not be one of the Wizards. The aforementioned Elf Arondir has a crush on a human woman named Bronwyn. Why? You’re racist if you ask.

But by far the worst sin of RoP is that it distorts, sometimes beyond recognition, the history of Tolkien’s Middle-earth. Arondir better not marry Bronwyn, because Tolkien specifically says that there were only three unions of Elf and Edain (elite humans). And this was not one of them. The time frame for the show appears to be around the year 3200 of the Second Age. The wizards didn’t even show up until the Third Age.

Galadriel, the same major character in LotR, is portrayed as hunting Sauron, who she alone thinks is still around in Middle-earth. They also turn her into a brooding, rather unlikeable Xena-like warrior princess. This despite Tolkien describing Galadriel as being powerful in every way but battle. And married to Celeborn way back in the First Age.

But in Tolkien’s detailed Second Age chronology (Appendix B, LotR), Sauron re-emerged in the year 500, fooled some of the Elves (particularly the smith Celebrimbor), forged the One Ring to control the others, then went on a rampage of conquest. All by 1700. Then the Númenoreans — the powerful island kingdom of Men — showed up and routed his armies. So Amazon’s Prime movers conflate 2500 years of Tolkien’s history into season 1.

Númenor is the central stage of RoP, with its magnificence and military power shown wonderfully. But its politics and social structure are — you guessed it — warped in a predictably woke way. The people are mostly white, but some are black and even Asian. Randomly, for no good reason. The Queen is portrayed, amazingly well, by Cynthia Addai-Robinson. But I really doubt that Númenor, an island populated by people from northern Middle-earth, would have had an African-American Queen. (OK, I shall stop flogging that dead horse.) And according to Tolkien, the Númenoreans were, on average, 7 feet tall. But all the ones in RoP are normal sized.

Worse is the insertion of modern (leftist) political assumptions into this realm. The crux of the entire Second Age, per Tolkien, is that the rich, powerful and blesséd Númenoreans eventually abandon their allegiance to the Valar, the archangels beneath the one God Eru, and friendship with the Elves. Why? Because they envy the latter’s immortality. So Númenorean workers complaining about Elves “taking their trades” hugely misrepresents the ultimate reason for the downfall of the greatest kingdom of Men. As if Elves were illegal immigrants. And all to score some cheap political points.

I like a lot of this show. Númenor’s portrayal, especially its people’s abilities as mariners. The Second Age Orcs are convincingly different from the ones we’ve seen in the Jackson movies. The acting is quite good, although the lines they are given to deliver are often not. Elendil as played by Lloyd Owen (who was Dr. Henry Jones in The Young Indiana Jones Chronicles) has the most gravitas of anyone in the series. But overall, the rushed plot line which compresses thousands of years of history into a much shorter time, unnecessary characters, and needless injection of modern Leftist views of race and politics into the story — all rob RoP of what could have been a more Tolkien-true story.

For, ultimately, all of Amazon Prime’s fine actors, sets, costumes and CGI miss Tolkien’s point entirely. “I do not think that even Power or Domination is the real centre of my story. It provides the theme of a War, about something dark and threatening enough to seem at that time of supreme importance, but that is mainly a setting for characters to show themselves. The real theme for me is about something much more permanent and difficult: Death and Immortality. The mystery of the love of the world in the hearts of a race ‘doomed’ to leave and seemingly lose it; the anguish in the hearts of a race ‘doomed’ not to leave it, until its whole evil-aroused story is complete” (The Letters of J.R.R. Tolkien, p. 246).

Money can buy you the rights to Tolkien’s stories. But it can’t buy your love of them — which is what’s required for understanding.