Coronavirus: Italian Grandmas, Guilt and a Trip on a Yellow Submarine 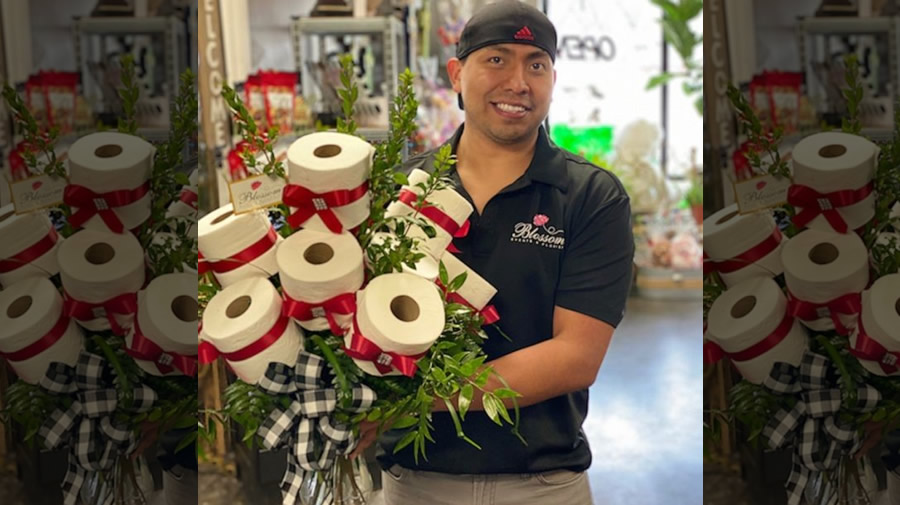 Three things are guaranteed about this coronavirus crisis. First, it shall pass. We will prevail. Second, the crisis will bring out the best in most people. And third, it’s already bringing out the goofy.

For all our faults and sins, we are a rather entertaining race.

If you do not have an Italian grandmother, I suggest you borrow someone else’s for a while. (While maintaining social distancing, of course.) I had two. Both priceless. Grandma Pellegrino was a pessimistic sort. As I recall she spent decades insisting she was going to die. Eventually she was proven right. She also spent a lot of time telling me, “Mangia, mangia!” (“Eat, eat.”) I was obedient, as my waistline attests. Grandma Perrotta, on the other hand, was sunny and shrewd, and loaded with old country wisdom.

This wonderful lady reminds me of both. An Italian grandma with some advice for us all. Pay attention to grandma and we’ll be alright.

A florist in Trumann, Arkansas, is now offering customers bouquets of toilet paper. What did Shakespeare say, “A roll by any other name … ”?

The arrangement from Blossom Events and Florist runs $75, or roughly the same as they charge for a dozen roses. (Yeah, try using roses to wipe the tushy.) So far they’ve sold a couple of the TP bouquets, but with the story going viral their shop could get on a roll. (So to speak.)

Owners David and Bart Faulkner say the TP bouquet is the same concept as a flower bouquet. “It has water, it has a vase, it has a ribbon. Lots of mechanics on the inside.” It takes a lot of labor they say. “You just can’t make tissue paper look pretty. You just can’t.”

But, as the saying goes, “It’s the thought that counts.”

Did you know the coronavirus pandemic is not only cleaning out stocks of toilet paper, it’s helping clear guilty consciences?

Dateline Israel. Fifteen years ago, a 2000-year-old ballista stone was stolen from an archaeological dig in Jerusalem. In recent days, the artifact was returned to the Israel Antiquities Authority. Why? The guilt-ridden thief told officials the pandemic made him suspect that “the end of the world is near” and he wanted to make things right.

Not that the thief actually turned himself in. According to Haaretz, the artifact’s return was mediated by one Moshe Manies. 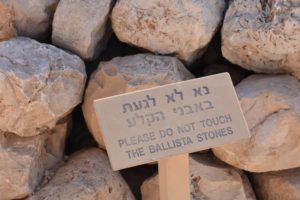 Manies told the IAA the crime “involved two ‘shababniks’ [rebellious teenagers], who 15 years earlier, toured at the City of David site and came across a display of ballista stones, which were catapulted at fortifications. One of the boys took one of those stones home.” Since then, the bowling-ball sized stone had weighed heavy on his heart.

While cleaning his home for the upcoming Passover, he realized the time had come to clean out his past mistake and return the ill-gotten artifact.

“The time has come to clear my conscience,” the still-anonymous man said in a note, “It feels that the end of the world is near.”

Pastors, there’s a good sermon in there somewhere. “Do not remember the sins of my youth and my rebellious ways; according to your love remember me, for you, Lord are good.” (Psalm 25:7)

We All Live in a Yellow Submarine

Finally, when the going gets tough, the tough sing! Check out this New York City neighborhood that runs through the Beatles classic “Yellow Submarine,” and The Temptations “My Girl” before ending with an old spiritual and civil rights anthem that’s brought hope to our people for generations.

As coronavirus restrictions went into effect in New York City, neighbors spread joy by singing The Beatles' "Yellow Submarine" with one another from their apartment windows. https://t.co/ymYEbiEnDQ pic.twitter.com/S4SHH5RyCw

My only question: Does that neighborhood take requests?

Have you come across any humorous stories or memes coming out of the crisis? Tweet ’em to me at @StreamingAl.