There's no joy in Mudville or any other sports town ... or on the Great White Way. 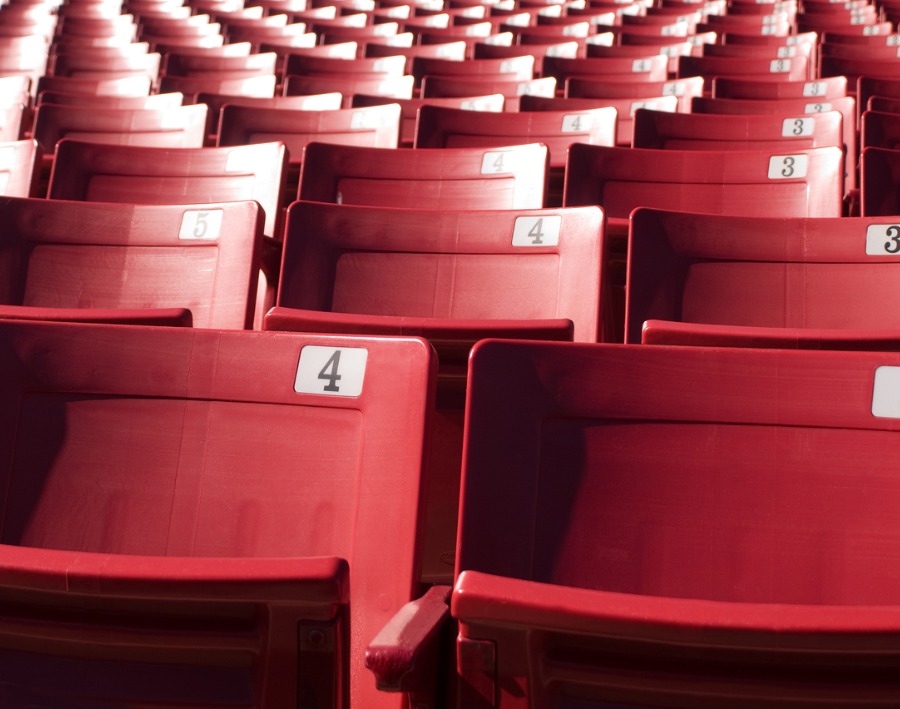 Another question we have to ask amid the Coronavirus pandemic: Will we have enough treatment centers available for sports addicts? The news over the past twenty-four hours is a sports nut’s nightmare:

College hoops — March Madness is kaput. NCAA has cancelled both the men and women’s tournaments. Conference tournaments are also shut down coast to coast.

Professional tennis — The Association of Tennis Professionals won’t hold court for six weeks. The International Tennis Federation is suspending play until April 20 at the earliest. (The Women’s Tennis Association isn’t party to the decision, but is working on their own strategy to deal with the virus.)

National Hockey League — on ice for now. And those players skate around in heavy uniform and thick gloves.

On the plus side, for now the PGA will continue play … but with no spectators.

We didn’t have this level of shutdowns with far deadlier outbreaks. Why? In 2020, are the leagues more worried about the virus or about legal liability?

So what are we going to do without sports to watch?

Think of it. No first pitch. Or March Madness mayhem. No Lebron. Or Zion. No Ovi. No Zambonis. And no dunks. No bunts. No pucks. Or triple plays, triple doubles and triple axles.

Our Tom Sileo has one idea. He’s planning to spend the down time enjoying the glory of the Nationals’ World Series triumph.

If you’re a @Nationals fan sad about the baseball season being suspended, there’s only one solution. Enjoy the rest of today’s #Nats–#Yankees game before watching World Series highlights on repeat like we did all winter. #fightfinished https://t.co/UNkpz7r9wo

Then again, if you are an Astros fan, how terrible to see Coronavirus prolonging your off-season agony?

Unless I’m around my sister, who raises sports fandom to an art form, I am not usually glued to sports. I’m more of a dabbler. A minute on this hockey game, a minute on that basketball game, a half inning of baseball. A bit of golf. A bit of soccer. Even a bit of darts. An annual pilgrimage to the Field of Dreams. Infinite viewings of Draft Day.

However, as I channel surf there’s always comfort in knowing that I could be watching a sporting event. If I’m tired of Hannity or the Hallmark Channel is showing a movie I’ve already memorized, I know the Dallas Stars are likely skating about. In summer, the Texas Rangers are a quick hit away. Or the NFL channel is talking about the upcoming NFL season. Or ESPN Sports Center is offering a buffet of sports highlights. Just knowing somebody’s shooting, hitting, catching, tackling, kicking a few channels over gives me comfort.

But now? What’s the ESPN Top Ten going to be? Snazzy hands of solitaire? Snazzy, freshly-washed, hands, of course. Games of self-quarantine quarters? A test pattern?

E is for Entertainment

Are they going to dig out the original meaning of the E in ESPN? Entertainment?

Not that the entertainment world is going to be much help. Broadway is shutting down effective tonight until April 12. “Cats: Now and Forever — that is unless some Chinese people start eating infected bats.” The Phantom’s a ghost. Hamilton might need a shot. Not the fatal kind this time. A flu shot.

Then again, maybe there will be a revival of one-woman shows, where literally only one woman shows.

Although major movie chains haven’t shut down yet, several major movies are being delayed. The ninth Fast and Furious movie and The Quiet Place II. Heck, it seems the number of quiet places is growing by the hour. Several TV shows have halted production, including Apple’s The Morning Show and CBS’s The Amazing Race and Survivor. The virus gives this whole “survivor” business a new spin, doesn’t it? I’m sure at least one producer was thinking, “Let’s put next season in Wuhan. Imagine the ratings!”

Disneyland has shut down too. Authorities worried about Mouse to human transmission. (Actually, it’s part of a ban of gatherings of over 500 people.)

New York is also thinking of cancelling elective surgeries. So soon you might not even be able to get plastic surgery to whittle away the time. (By the way, did you know that between 2012 and 2017 at least 42 deaths from plastic surgery were reported?)

Getting so we’re going to be stuck with ourselves … and our loved ones. Actually have to interact.

So what is America going to do with all its newly-found free time? Three words: “Christmas Baby Boom.”

No, Stephen A. Smith, the Hiring of Steve Nash is Not ‘White Privilege’