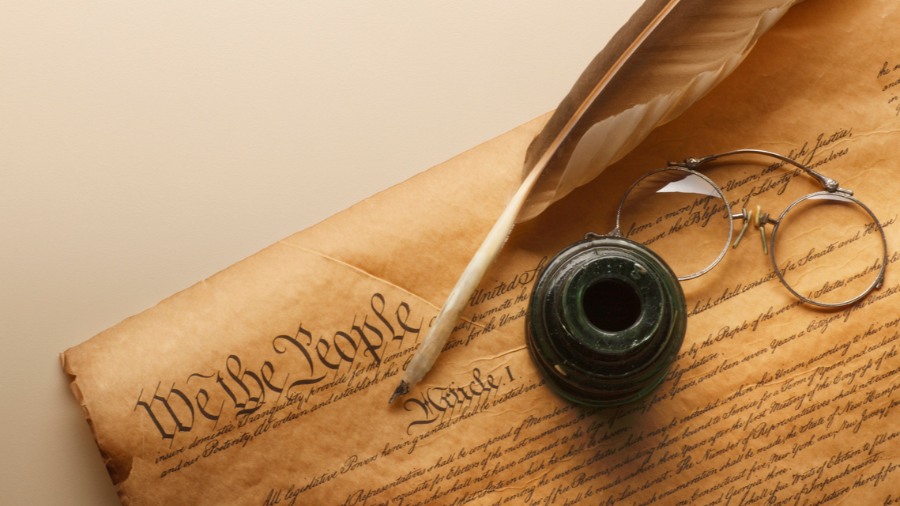 Our Founders were a pretty brilliant lot. They not only had the wisdom to conceive of a government by, of and for the people. They also had the foresight to limit federal power and ensure local power would remain with the states.

That vision is why our Constitution is written the way it is. It’s why we elect presidents through an Electoral College instead of simple majority. We have the Bill of Rights for that reason. It’s also why we have distinct separation of powers for the three branches of government, executive, legislative, and judicial. Each branch has specific but limited roles in the governance of the nation. It’s why the states have independent rights outside of federal authority.

A Constitutional Remedy to Overreach

Little by little, throughout our history, however, we chipped away at these foundations of our republic. We ceded more and more power to the federal government and away from the states. Our Founders foresaw this possibility, and proscribed a remedy in our Constitution. That remedy is called a Convention of States. This is the first of a series of articles discussing such a convention.  Article V of our Constitution states the following:

The Congress, whenever two thirds of both Houses shall deem it necessary, shall propose Amendments to this Constitution, or, on the Application of the Legislatures of two thirds of the several States, shall call a Convention for proposing Amendments, which, in either Case, shall be valid to all Intents and Purposes, as Part of this Constitution, when ratified by the Legislatures of three fourths of the several States, or by Conventions in three fourths thereof, as the one or the other Mode of Ratification may be proposed by the Congress; Provided that no Amendment which may be made prior to the Year One thousand eight hundred and eight shall in any Manner affect the first and fourth Clauses in the Ninth Section of the first Article; and that no State, without its Consent, shall be deprived of its equal Suffrage in the Senate.

The Founders created two distinct methods that amendments to the Constitution could be proposed. One method requires two thirds of both the Senate and the House to propose an amendment. The other method allows two thirds of the states to call for a convention for the same purpose. In either case, no proposed amendment becomes part of the Constitution until ratified by three fourths of the states. Pretty brilliant actually.

The Convention of States Project

It is highly unlikely that the current Congress would propose amendments that would limit its power. Which leaves us with the Convention of States (CoS) option. Happily, there is just such a movement well under way across the country.

The CoS project is a grassroots movement of “citizens who are fed up with business as usual in D.C. … funded by thousands of everyday patriots who have committed their lives, fortunes, and sacred honor to protecting liberty for future generations.” It is indeed a movement of “We the People”!

To date, the CoS project has made terrific progress. Of the 34 states required by Article V to call a Convention, 15 have already passed a resolution to do just that. Another 7 have passed the resolution in at least one chamber of their legislatures. Another 15 are taking up the measure this year. The remaining 13 states have yet to start the process. In short, the process is well under way.

Besides working at the local level through state coordinators, the CoS has already held a practice Convention in 2016 at Colonial Williamsburg, Virginia. They have produced educational videos and articles explaining Article V, the Convention of States, and the rationale for calling for one now.

Because of the grassroots nature of this project, anyone can get involved at just about any level. Volunteers are needed for a wide variety of tasks to further the process. The CoS project needs volunteers skilled in social media, writing, speaking, organizing events.

They even have a team of prayer warrior volunteers. “The Prayer Warriors Team consists of people of many faith traditions who recognize that the battle for freedom in America is more than political or even cultural. There is a spiritual war being waged for hearts and minds of the American People and for the very destiny of the nation.” No matter your level of interest and available time, there is a place for you with the CoS team.

In my next articles I’ll discuss what possible amendments a convention might propose, objections to the convention, its process and its potential benefits to the nation. For now, I encourage anyone concerned with growing federal power limiting our freedoms to take time to learn about the Convention of States project and join the movement. After all, Article V was written to empower “We the People.” Its high time we exercise that power!

Donald McLaughlin serves as the senior director of advancement for Ratio Christi. Ratio Christi is a global ministry that equips university students and faculty to give historical, philosophical and scientific reasons for following Jesus Christ.