‘Consider Him’ Amid the Cries to ‘Do Something’ 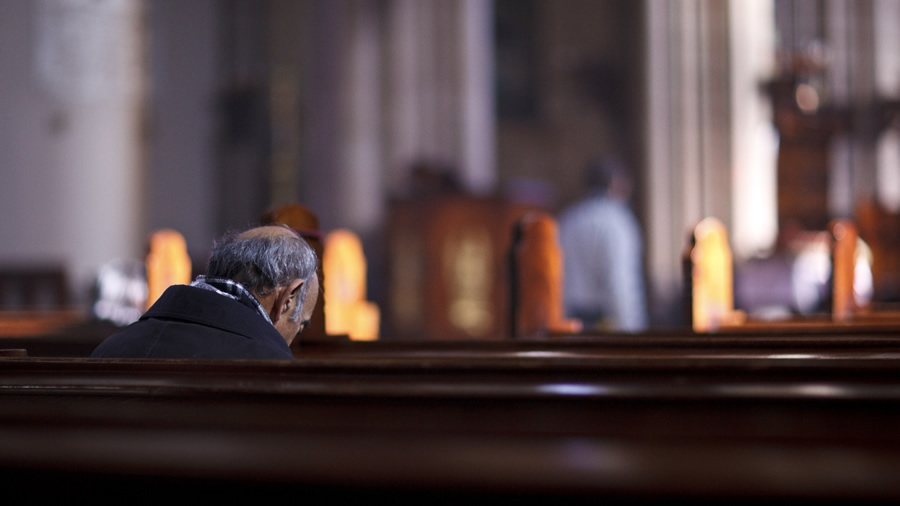 Unite your Church, Good Father, to become effective salt in our communities and our nation. Give us your heart for the people around us. Convict us to move and act with the compassion of Jesus. To comfort those in need, to be fathers to the fatherless and families to the lonely and lost. To be your hands and feet.

Show us where we might act, how we might make a difference in someone’s life today. And grant us the faith and self-control to act on your love. For, as the apostle James said, “faith by itself, if it does not have works, is dead.”

We ask these things in the name of Jesus. Amen.

This is what came out after the recent shootings in El Paso and Dayton, as I sought a prayer for the nation that was short enough to fit on a social media image. As you’ll notice if you look at the image, I couldn’t get it short enough. There is a prayer for the two communities, but I could find no easy way to sum up a prayer for the larger happenings in our nation.

As we see after every major shooting — and as our own Tom Gilson witnessed personally the other day in Dayton, Ohio — our culture is crying out for someone to do something. Violence abounds. Hate abounds. We instinctively know there has to be something better than this — some thing to be done, some solution to be found.

Tom ends his piece saying that we don’t need a political answer. “Generally I’m okay talking about politics,” he says. “Right now, though, I’m sorry, I’m not in the mood for that. We need Jesus. God help us all.”

Stream founder and publisher James Robison hit the nail on the head in a recent video when he said,

I’m telling you, common sense people right now are ready to correct the course. Most people recognize what’s wrong. But too few know what right looks like. There’s a Father who does. He wants to reveal Himself to His family. And then He wants to reveal His will through His family — and flow His wisdom and His transforming life and love like a river, through yielded vessels. Will you be one? I pray you will.

We, the Church, are the ones who must do something in hard times, like Jesus did before us.

The author of Hebrews tells us to “Consider Him who has endured such hostility by sinners against Himself, so that you may not grow weary in your souls and lose heart.”

Consider Him. The one who walked the streets, healed the blind, lame and lepers. Who touched the untouchable and spoke to those who the religious people of the day wouldn’t even look at. The one who “humbled Himself — becoming obedient to the point of death, even death on a cross” (Philippians 2:8).

Do we look like Him? Do we talk like He talked? Do we take action — “do something” — as He did?

Our culture has become very angry. You see it on the news, in our road rage, in comment sections everywhere and, lamentably, in shootings like those this past week. It’s high time the Church got angry too. But not as the world does.

Not anger at each other, not at political parties, not at people. Not the anger of man, which the apostle James tells us “doesn’t produce the righteousness of God.” Not the rage some see in their earthly fathers, who are imperfect, or the anger we see in the media. But: “consider Him.”

How did Jesus model anger? He rebuked the Pharisees for deceiving God’s children and leading them astray. He rebuked Peter for yielding to Satan and setting his mind of the things of men. He was consumed by zeal for the Father’s house and took the time to braid a whip and drive the money-changers out of the Temple. His anger was not directed at the people, but at the spirits operating behind them — at the principalities hiding behind cloaks of darkness and deception. His anger wasn’t selfish, but righteous.

We are told to “be slow to anger” and to “be angry, but do not sin.” These words imply being deeply provoked and trembling with agitation. Such anger, when inspired by God, moves us to “do something” in love. Like a father who says, “Enough!” when he finds out his daughter is being abused by her boyfriend. Like a mother who lifts a car to save her child. Like a church that spends their days ministering to the homeless, the orphans and widows in their community.

This anger implies an internal motion, like a fruit swelling up with juice. And if the Church is going to make a difference in this world, if we are going to expand His kingdom and make disciples of all nations, then we’re going to have to get fed up with the forces of darkness that are leading people, God’s creation, to hell.

Jesus Was Moved With Anger

In writing this piece I came across the story of Lazarus, where we read that Jesus became “deeply troubled in spirit” and “agitated.” Reading this in an English translation, you’d be forgiven for thinking that meant he was sad. “Jesus wept,” after all. But the Greek here means “to be moved with anger.”

So Jesus went to a funeral and got angry. Surely this anger wasn’t because Lazarus had died. Jesus had said since verse 4 that “This sickness will not end in death.” So what troubled Him? The New Living Translation conveys it well:

When Mary arrived and saw Jesus, she fell at his feet and said, “Lord, if only you had been here, my brother would not have died.” When Jesus saw her weeping and saw the other people wailing with her, a deep anger welled up within him, and he was deeply troubled. (emphasis added)

He was angry at their wailing. (He later quietly shed tears — tears, I presume, of frustration.) Then he became troubled again after some of the people there said, “This man healed a blind man. Couldn’t he have kept Lazarus from dying?”

What angered him? Their unbelief.

Four times in this passage, Jesus talks about belief. And he clearly told the disciples that’s why these events were happening: “Then Jesus said to them plainly, ‘Lazarus is dead. And I am glad for your sakes that I was not there, that you may believe.’”

And the result was miraculous. After Lazarus walked out of that grave, we’re told, “Many of the people who were with Mary believed in Jesus when they saw this happen.”

As pastor Robert Morris of Gateway Church said this past weekend, “I want you to think about the word ‘compassion.’ What’s the root? Passion. Compassion — here’s what it means: it means, ‘passion, in action.’”