The Conservative Movement and The Danger of the Two-Legged Stool

The conservative movement’s successful action has been based on the three-legged stool approach of fiscal, defense and moral conservatives. 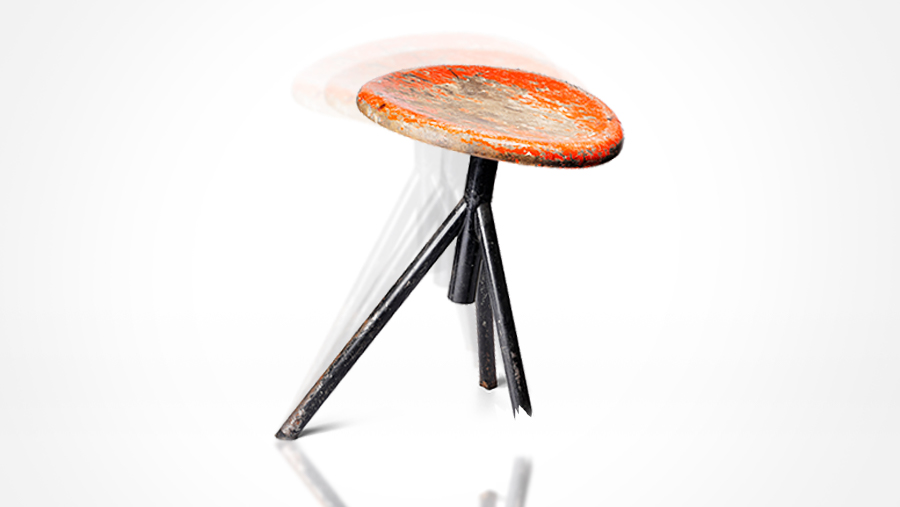 Everyone knows that a stool needs at least three legs if it is going to serve as a place to sit. Any lesser combination turns the stool into something else that more than likely will land the person on the floor.

For decades, the formula for the conservative movement’s successful action has been the three-legged stool approach of a mutually supporting mix of fiscal, defense and moral conservatives. Each part contributes to the whole. Even when one disagrees with the other, there was still a tacit agreement to cooperate.

This formula has long won elections and paved the way for success. This last election cycle was no exception. Fiscal and defense conservative both played their role. However, it can be argued that it was the moral conservatives that tipped the balance out of their concern for future Supreme Court justice picks.

There have always been those who, after winning, succumb to the temptation of ditching the troublesome moral conservatives that ask them to uphold God’s law.

Despite their vital role, moral conservatives have always been treated as junior partners in the triple alliance. They are the first to be asked for support in tough electoral battles and the last to be remembered in campaign victories.

Thus, there have always been those who, after winning, succumb to the temptation of ditching the troublesome moral conservatives that ask them to uphold God’s law. Instead, they indulge the fancy that the nation is like an economic machine that must first be tweaked before anything else can be considered. All the system needs to catapult America to prosperity is strong security, less government and tax incentives. Two legs of the stool are enough. The moral issues can be addressed later, almost as an afterthought.

However, what is now disconcerting is how quickly many conservatives are adopting this two-legged stool approach as their model at the present moment. In the very hour when they hold the greatest political power in decades and have the ability to accomplish the goals of all three legs, these conservatives are jettisoning the old formula. Some would even replace the moral leg with a less irksome substitute.

Very indicative of this change was last month’s Conservative Political Action Conference (CPAC), which invited Milo Yiannopoulos, an avowed homosexual “right-winger,” as a keynote speaker. Although later disinvited due to his public statements that appeared to favor homosexual pedophilia, the invitation, together with the acceptance of the Log Cabin Republicans and AtheistVoter as a co-sponsors and exhibitors, represented a willingness on the part of CPAC organizers to rip large holes in the big Republican tent to allow in adversaries from other tents. And it clearly sent a message to moral conservatives.

The message was this: “Let’s be ‘realists’ and surrender. Let’s call off the Culture War and declare an end to hostilities. The disintegration of the establishment is generating malcontents of all sorts. Let us be like European conservatives and embrace these malcontents, regardless of their ‘gender’ orientation or present self-identification. And let us concentrate only on implementing the much-needed policies of the two-legged stool.”

The Fight Is Still On

There is no doubt that the fiscal and defense policies promoted by the two-legged stool advocates are crucial and need to be implemented. However, it is not so clear why the Culture Warriors are being asked to give in to the “fact” that their war is over and say they have honorably lost. Ironically, this is the same message repeated over and over again by the left throughout the whole course of the war.

There can be no sound economic solutions without solid moral foundations.

But is the war over? Not even the most dismissive realist can ignore the impressive power of America’s pro-life movement which has managed to mobilize and turn the nation against the slaughter of the innocent unborn. Not even the most unperceptive political opportunists can fail to notice the awkward popular silence around the court-imposed acceptance of same-sex “marriage” and forced business participation at wedding services.

Indeed, traditional marriage activists are holding well over two thousand rallies all over the country in March to protest this “settled” issue. How can savvy pragmatists ignore the massive backlash against Obama’s imposed “transgendered” bathroom policy and ask conservatives to become politically correct and surrender to transgender ideology? One only need ask faltering Target Corporation, after it imposed this tyranny in all of its department stores’ bathrooms and dressing rooms, how the issue still resonates among its former customers.

This is not the time to call off the Culture War but to press the attack. There can be no sound economic solutions without solid moral foundations. When conservatives abandon the principles for which they stand, they easily lose their identity, convictions and balance. The two-legged stool quickly becomes a one-legged stool, and finally, no stool at all. Everyone is left on the floor.

John Horvat II is a scholar, researcher, educator, international speaker and author of the book Return to Order, as well as the author of hundreds of published articles. He lives in Spring Grove, Pennsylvania where he is the vice president of the American Society for the Defense of Tradition, Family and Property.