Conservative Icon Rush Limbaugh Dies at the Age of 70 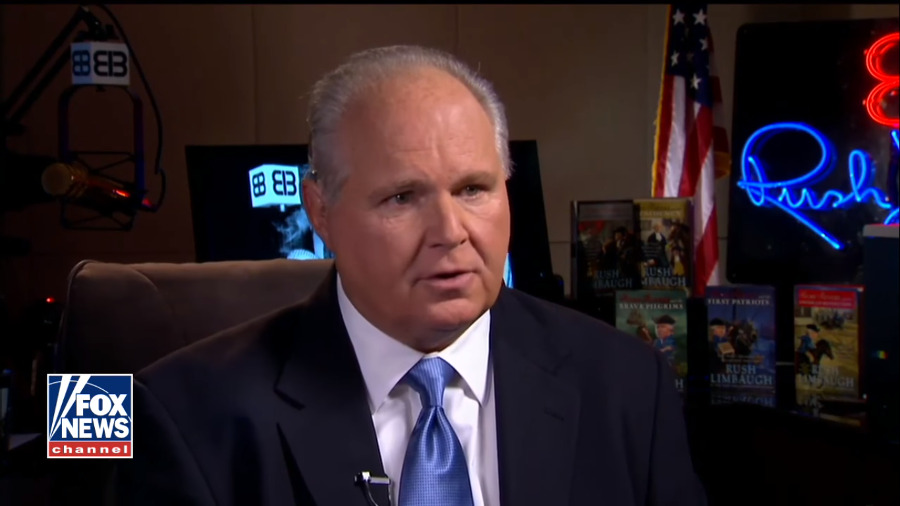 Rush Limbaugh has passed away at the age of 70. The legendary talk radio and conservative icon had been battling lung cancer for over a year.

The news was announced by his wife Kathryn at the start of his radio show Wednesday morning. She said, in part:

For over 32 years, Rush has cherished you, his loyal audience, and always looked forward to every single show. It is with profound sadness I must share with you directly that our beloved Rush, my wonderful husband, passed away this morning due to complications from lung cancer.

As so many of you know, losing a loved one is terribly difficult. Even more so when that loved one is larger than life. Rush will forever be the greatest of all time. Rush was an extraordinary man. A gentle giant. Brilliant. Quick witted. Genuinely kind. Extremely generous. Passionate. Courageous. And the hardest working person I know.

That passion and hard work led Rush to revolutionize talk radio, turn conservative talk into a potent force against overwhelming liberal media and, for that matter, help save AM radio itself from oblivion.

Rush was the most prominent and influential conservative voice of our time, speaking three hours a day to tens of millions of fans, known for decades as “dittoheads.” Because of his effectiveness, and the threat he posed to liberal media and liberal policies, he was also one of the most hated figures of our time.

His impact has been incalculable. His loss immeasurable.

Last year, one day after news broke of his diagnosis, Rush was given the Presidential Medal of Freedom by President Trump at the State of the Union Address. Limbaugh was moved to tears by the surprise announcement.

Trump thanked him for his “decades of tireless devotion to our country,” adding that the award recognized the millions of people a day Rush spoke to and inspired, as well as his charity work. Rush wasn’t the only one moved to tears.

Today, President Trump in his first major media appearance since leaving office called into Fox News to pay tribute to the lion of conservative radio. Trump, who’d developed a friendship with Limbaugh the past five years, remembered his friend as a “gentleman” and a “fighter.”

He then released a statement:

The great Rush Limbaugh has passed away to a better place, free from physical pain and hostility. His honor, courage, strength, and loyalty will never be replaced. Rush was a patriot, a defender of Liberty, and someone who believed in all of the greatness our Country stands for. Rush was a friend to myself and millions of Americans—a guiding light with the ability to see the truth and paint vivid pictures over the airwaves. Melania and I express our deepest condolences to his wonderful wife, Kathryn, his family, and all of his dedicated fans. He will be missed greatly.

Meanwhile, tributes continue to pour in honoring the conservative icon.

In December, Limbaugh opened up his final broadcast of 2020 by thanking his listeners and supporters for supporting him throughout his career and his health struggle.

Today, that great heart was stilled.