The strangest thing about progressive Christianity is how hard it tries not to appear strange. 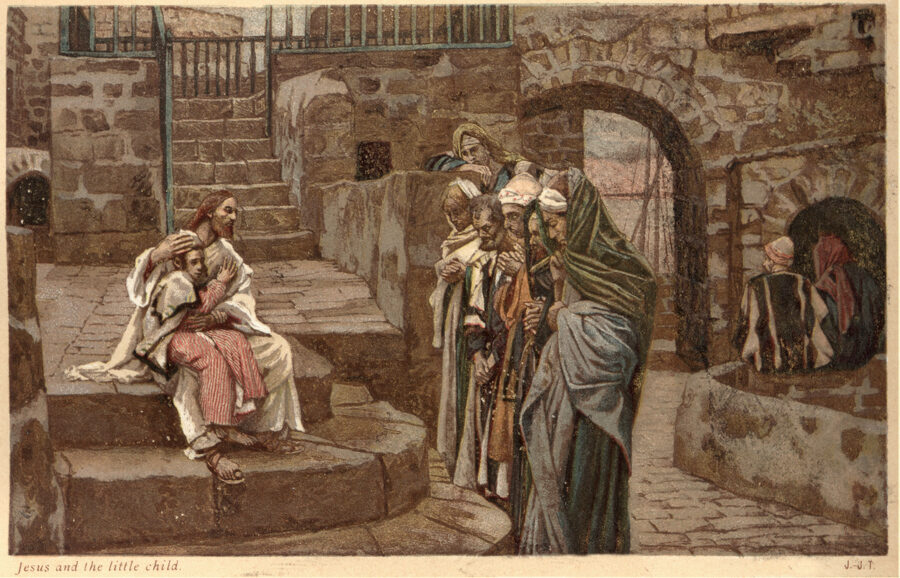 Christian compromise with culture isn’t just wrong. It’s very, very strange. So-called “progressive Christianity” is eager, as Wikipedia spins it, to “question tradition” through “acceptance of human diversity, a strong emphasis on social justice and care for the poor and the oppressed, and environmental stewardship of the earth.” This isn’t “questioning tradition.” It’s adopting today’s cultural norms without question.

It’s as if they think God is evolving. He’s changing with the times, so the Church has to change with him. Or more likely, the Church is changing with the times, and God has to hurry and catch up. He revealed himself through the prophets as a God of both mercy and holiness. He showed himself the same way, magnified, in Jesus Christ. Throughout the Bible God has standards, expectations, instructions for us to follow for our own good.

And honestly, God was doing the best he could (or so it seems, based on the progressive view). He had limitations, though: He was stuck with the ancients, who didn’t know what we’ve learned in the past twenty years or so about sexuality and critical theory. Let’s give him a break. He’ll catch up. We’ll show him the way, eventually he’ll figure it out too.

A Very Strange View of God

Why would God be stuck in time? Why would He — and I’ll capitalize the pronoun from here on, as we usually do at The Stream, since I’m talking about the real God now — why would He not have known what was right for us when He created us? Was there some science of human nature He hadn’t found time yet to study?

No one who believes in a real creator God could think so. Not even if you think we’ve “progressed” since the Bible was written. Yes, obviously, humans have advanced greatly in science and technology, but there’s no reason to think we’re morally wiser now. Show me a screenwriter who understands life even as well as Shakespeare, much less the prophets, and then I’ll think maybe we’re moving forward. Until then, this business of progressing through history is mere malarkey.

We who follow God were meant to be different from the world. Consider Jesus. As I wrote in Too Good to be False, there’s something fully outrageous about our believing in Him — outrageously right, that is. Let me explain by quoting from the book:

Christianity centers around one individual, a man who lived a very long time ago, in a remote part of the world, for most of us). His ways were simple. He walked dusty roads, wearing the ordinary sandals and robe of the common person. He raised no army and wrote no philosophy; instead, for a few short years he gathered a small band of followers, none of whom had anything special going for them, either. He taught with common words and everyday images.

Somehow, he gained a reputation for being a worker of miracles, and created a bit of a stir in the process. Far from winning him great influence at the time, though, his works and his words annoyed the local people of power. So they had him executed at the young age of thirty-three.

And now, two thousand years later, we believe that all human history, all human destiny, indeed the life of every single individual who’s ever lived, rests entirely on this one young man’s shoulders and his alone, now and throughout all eternity.

Imagine hearing that for the first time. Wouldn’t it seem outrageous? What kind of man could bear that much weight — every person’s fate, for all history and even beyond? This is way too far beyond any individual’s capacity. The one who would shoulder that kind of weight would have to be far more than extraordinary— spectacularly more, even. That’s who Christ would have to be, for us to have any reason to follow him at all.

And by this point in this book it should be clear — so much more than ever before — how perfectly he meets that test. How extraordinary would someone have to be to carry that weight? As extraordinary as Jesus.

Jesus Wouldn’t Conform; Why Should His Church?

There’s something very unexpected about that, too, but not like progressive Christians’ strangeness. Elsewhere in the book I speak at length of how consistently Jesus rejected every attempt to mold Him into some other pattern than His own. His family tried it. The Zealots tried it. The Pharisees worked hard at it. Even His disciples tried to control Him. He never faltered. He conformed to no one’s will but His Father’s.

He meant for us to follow the same pattern. Romans 12:1-2 says it well: “I appeal to you therefore, brothers, by the mercies of God, to present your bodies as a living sacrifice, holy and acceptable to God, which is your spiritual worship. Do not be conformed to this world, but be transformed by the renewal of your mind, that by testing you may discern what is the will of God, what is good and acceptable and perfect.”

The church that teaches conformity with the world isn’t just wrong, it’s wrong in a very weird way, one that rejects some of the most obvious truths about who God is. Christianity isn’t meant to look like the world looks, believe what the world believes, or act as the world acts. He’s a God of love, so we must love; He’s also a God of truth, so we must live in His truth. That’s His truth, though. Not the world’s. We shouldn’t expect to look like the world. The church that doesn’t look different is no church at all.

Do you want to know more about our extraordinary Savior, Jesus, as Tom tells it in Too Good to be False? Tom is offering you a free preview chapter, “Jesus’ Astonishing Love,” for  download from here. Whether you already know Jesus’ love or you’re not sure if any of it’s true, this chapter will astound you with His love, and the whole book will surprise and refresh you with a fresh view of Jesus’ greatness.

Tom Gilson (@TomGilsonAuthor) is a senior editor with The Stream and the author or editor of five books in addition to Too Good to be False.