Why Conservatism Is Cracking Up in the Age of Trump

Ordered liberty is the golden egg. Immigration is killing the goose. 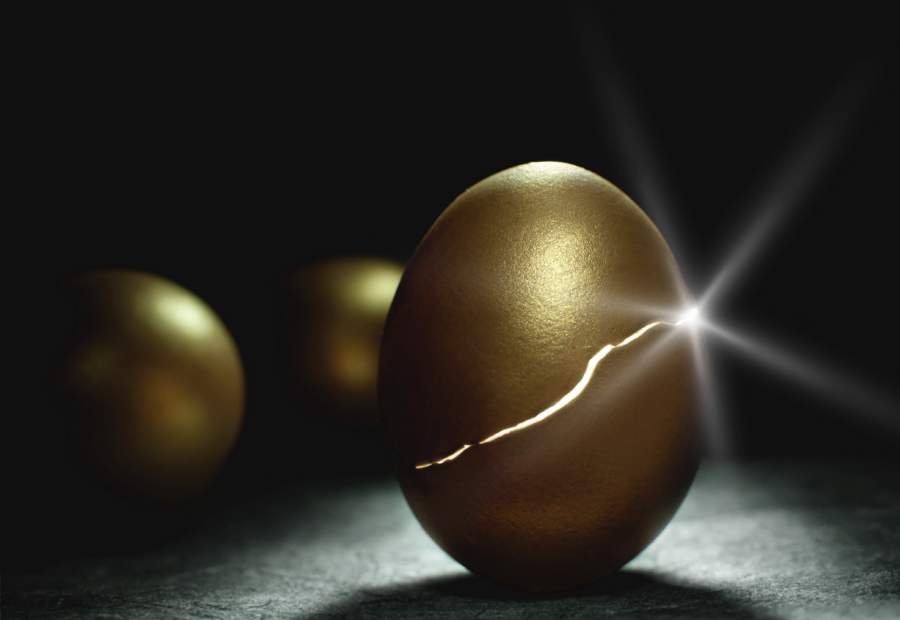 Thursday I was talking on the radio to my old friend Eric Metaxas, who had brought me on to balance out an appearance by Ann Coulter — one of Donald Trump’s loudest supporters.

I was grateful for the opportunity, but I’ll confess: The conversation, and this election, puts me in a rather awkward position: Many of my old friends and mentors, including a man I backed and looked up to for decades, Patrick Buchanan, are supporting Donald Trump. They see him as an imperfect but hopeful vehicle for reshaping a Republican party they think has fallen out of balance. They’re right about the problem, but Trump is no solution.

The GOP has long been a reflection of what makes America work, a vital tension between two different but equally crucial elements:

1. The Golden Egg: moral, civic, and economic principles that could, in theory, be applied to any country on earth, and to any group of immigrants we admitted to America, however large. These principles are simply true for every human being, and we must insist on that fact. Instead of the left’s relativism and politics of group resentment, these principles offer conservatives an inclusive, persuasive program which should appeal to any voter of good will. You can find an excellent summary of America’s guiding principles right here at The Stream. Key among them are truths such as “Every human being has equal value and dignity,” and “Judeo-Christian religious faith guards our freedom.” If pursued consistently, these principles should always produce a more peaceful, prosperous, free country than would otherwise be possible. (For a deeper analysis, see my 2003 essay, “America the Abstraction,” which Timothy Carney of the Washington Examiner was citing just this past month to explain the Trump phenomenon.)

2. The Goose: real, existing, historically-founded facts that explain why these principles have worked here in America, while failing spectacularly when tried elsewhere — for instance in the Latin American republics that declared independence shortly after the 13 colonies did, wrote similar declarations and comparable constitutions, and degenerated into a 200-year cycle of dictatorships and chaos. The most important of these facts was the dominance of a tolerant, Anglo-Protestant culture grounded in some 800 years of English resistance to oppressive governments. (I’m a faithful Catholic, by the way.) Change this fact too radically or too quickly, and the principles we treasure will wither and die. Another critical fact is broad economic and social mobility, which has generally made Americans unwilling to tax the successful to death because they hope someday to join them, or to watch their children join them. Income inequality in America is both greater than in Europe, and much less politically explosive — at least, until this election, which has seen the rise both of a radical socialist and an angry populist contender. (For a deeper look at the historical, Anglo heritage that gave birth to freedom, see Daniel Hannan’s Inventing Freedom.)

The word “establishment” in reference to the GOP’s donors, thinkers and leaders has been bandied about almost to the point of meaninglessness. But we can reclaim some use for it in light of the Egg and the Goose — and explain the profound alienation that has erupted in this election. Those who support Donald Trump and Ted Cruz in this election think that the GOP establishment has mastered the art of shining and selling the Golden Egg, but forgot to care for the Goose.

By promoting massive low-skill immigration from countries (ranging from Mexico to Syria) that are completely devoid of the Anglo-Protestant ethos, and into a spendthrift American welfare state, GOP elites have served the interests of large companies seeking cheap labor. But they have endangered the crucial social matrix that makes the free market and a free society possible — a matrix that one of the great free market economists (and an anti-Nazi hero), Wilhelm Röpke, warned is the very foundation of freedom.

Conversely, mainstream conservative critics of Donald Trump have been pointing with grave alarm to his role in the rise of angry, racially motivated white activists — many of whom call themselves, wonkishly, “alt-right.” They reject America’s principles. Some even denounce the Constitution itself as a “boring,” antiquated “piece of paper” that stands in the way of their pursuing what they consider the legitimate self-interests of the “white community.” Indeed, these activists accept many of the multiculturalist principles of the left, and seek to hijack them for the benefit of a new political movement: a white ethnic lobby, with race-specific demands that take no account of American liberty, or universal moral principles. This tribal cult scrambles the Golden Egg, but kneels to worship the Goose.

This “alt-right” group is ugly, and I have fought them for many years. Their views cannot possibly be the basis for a unifying agenda that could govern modern America. It is telling that the vast majority of these “alt-right” activists reject Christianity for paganism or neo-Darwinian eugenics. Few object to abortion, and some even mutter cynically about the “benefits” of poor people “breeding” more slowly. They’re bad news, and they deserve to remain in obscurity.

“Trump!” Is the Noise the Goose Makes as It’s Dying

But the eruption of such activists should not be some deep mystery. Yes, they are a pathological phenomenon, but they are a symptom as much as a sickness. They’re the noise the Goose makes as it’s dying. Take the reckless, cynical willingness of leftist elites to trash Western culture, vilify our national heritage and treat tolerant Christianity as something worse than jihadist Islam — then add to that the total disinterest that conservative elites have shown in the care and feeding, the defense and preservation, of any aspect of that culture beyond “small government” and the “free market,” and it’s no surprise that many have rushed to back a demagogue like Trump, who claims that he can cure the Goose. Or as he might say it on Twitter: “Only I can solve.”

Trump’s problem is that he doesn’t really value America’s principles of freedom and equality. He shrugs at its Golden Egg. But too many of his critics fail to realize that we need a live Goose as well. GOP contender Ted Cruz, by contrast, has based his campaign squarely on both crucial elements of a successful, responsible conservative movement in modern America. He will defend the Goose, while also championing and polishing the Golden Egg. Thus, Cruz knows and fiercely believes that we are fallen creatures called to be free, whose freedom and virtue thrive best in the context of a strictly limited government. He also sees that such principles can only thrive in a stable nation with the rule of law and some continuity of culture, which isn’t constantly choking to assimilate millions of foreign newcomers, many of whom have little or no commitment to our principles of civic, religious, and economic liberty.

Should the GOP convention get as far as a second ballot, will the leaders of the party attempt to shove Cruz aside in favor of some safe establishment figure? That’s an option Karl Rove is already floating. If that happens, many among the vast majority of GOP voters who rejected the “egg-only” establishment candidates will be sorely tempted to back sore loser Trump in a third-party kamikaze mission that will elect Hillary Clinton. That’s what voters do when their own party refuses to listen to them. They act recklessly, convinced that things couldn’t get much worse.

But of course, they can.