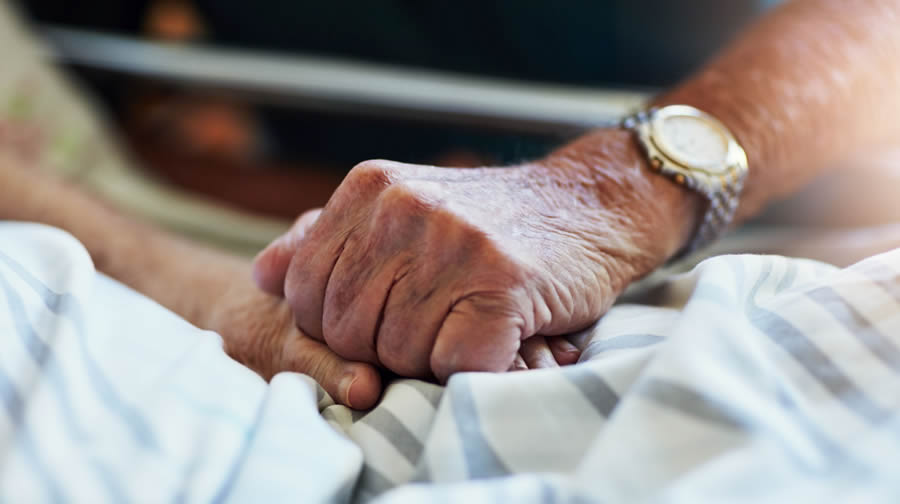 If you watched the World Series, you might have seen almost everyone at Nationals Park in Washington, D.C. stand after the top of the fifth inning in Saturday night’s fourth game. The standing had nothing to do with baseball, but for more than a decade, it has become kind of a tradition.

Fans, players, managers, coaches, umpires, trainers, bat boys, even broadcasters and camera operators, rose to pay silent tribute to someone who died from cancer. They did so by holding cards written with the name of a loved one, or a pre-printed generic phrase (“those we’ve lost,” “friends in the fight” or “researchers,” for example).

MasterCard furnishes those cards as part of a campaign, “Stand Up To Cancer.” Volunteers place cards on every seat in the stadium and give them to interested fans. The top of the card features the phrase, “I Stand Up For,” with a large white space underneath. Participants can write the name of a loved one or use the cards with a phrase already printed.

The stadium’s video board would prompt participants when to stand and hold up their signs. Afterward, videos of major-league players visiting cancer patients, especially young ones, played with background music.

As a free-lance sportswriter, I knew MasterCard used the World Series and the All-Star Game to promote this campaign. But I never saw the specifics until last year, when I covered the fourth game of the World Series in Los Angeles between the Dodgers and the Boston Red Sox.

As somebody who lost his mother 10 years ago to cancer, and who lost other relatives to that disease, I felt disgusted with the whole thing. I thought it exploited and commodified personal tragedy. I didn’t stand or hold a sign. I wouldn’t. On the other hand, I can understand those who did because they wanted to honor loved ones or express their own anger at cancer.

Regardless, MasterCard’s campaign reflects the growing tendency in society to confuse raising awareness with taking action. Whether it’s football players kneeling during “The Star-Spangled Banner,” people putting filters on their Facebook photos to support a cause or following hashtag campaigns, such as the one demanding the Islamist group Boko Haram to #BringBackOurGirls, style has become substance.

Sophisticated, targeted marketing plays a pivotal role. As the cliché goes, sell the sizzle, not the steak. “Raising awareness” is just another term for marketing. It doesn’t, by itself, demand immediate action. It merely suggests it. As a result, two things happen. First, people become satisfied with “raising awareness” and get complacent. “Raising awareness” becomes an end in itself.

Second, when marketed to a huge population, “raising awareness” becomes so fashionable that people turn themselves into mindless drones for “the cause,” whatever that cause might be. They don’t tend to ask questions about the organizations or the destinations for donations. Doing so wouldn’t seem “compassionate.”

Social media provide the perfect platforms for such marketing. Hundreds of millions of people in the United States, and billions worldwide, are obsessed with social media. It has become the primary way for people to interact. For some people, it’s the only way they interact. Despite their benefits, social media tend to isolate users and create a false sense of community. Those two factors make it easy for people to do nothing more than put filters on Facebook photos or retweet hashtags.

So does an alternative exist? Yes. Try these steps. First, realize that you are not a mindless drone. You were created by God in His image, which includes intelligence and will. Second, so is everybody else. Third, put the first two steps together, get away from social media and try to make a direct impact on another person’s life.

How? Well, let’s take cancer, or illness in general. If a loved one is severely ill, make time not only to visit but to learn everything about your loved one’s care. Get people to help. Resolve any disputes with family members and come together for the sake of that loved one. If your loved ones are healthy, perhaps you can volunteer at a nursing home to help comfort people who usually have no visitors.

If a loved one dies, learn how to handle the natural grief. One way which helped me after my mother died was GriefShare (www.griefshare.org). It’s a comprehensive Christian program that includes group meetings, a workbook and videos. I went through it twice at a local church and it proved invaluable. Many churches also have volunteer ministries that help the grieving. Such programs can teach people how to comfort others in a tactful, sensitive manner.

Of course, all this is far easier said than done. But life is more than a nonstop campaign to “raise awareness.”

I Want to Fight You

Our Insta-comment, Insta-slam World, and What Jean Vanier Says to Do About It