The wanted terrorist blew himself up as U.S Special Operations forces moved in on his hideout. 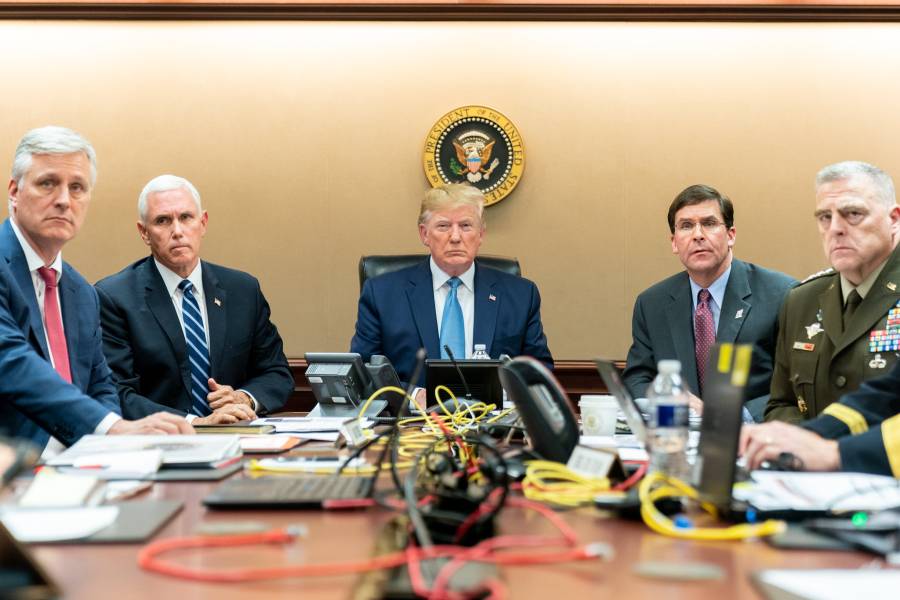 Senior ISIS leader Abu Bkar al-Baghdadi has been killed during an operation by U.S. forces in Northern Syria. President Trump announced the successful mission in a press conference Sunday morning.

“He died after running into a dead end tunnel, whimpering and crying and screaming all the way,” Trump said.

Terrorist leader detonated a suicide vest as US Special Operations forces cornered him under a compound where he was hiding. Three children he had dragged with him as cover were killed in the blast. 11 other children had been rescued. An unstated number of ISIS fighters and supporters were captured or killed. No U.S. troops were injured in the operation.

During his speech and press conference, Trump repeatedly praised the cooperation he got from Russia, Turkey, Syria, Iraq and the Kurds. He said the mission path took our troops over powerfully armed territory, and getting in and out posed great danger.

Trump also had well-founded concerns about leaking, so he kept the military operation close to the vest, not even notifying Speaker Nancy Pelosi.  “I wanted to make sure this was kept secret. I don’t want to have men lost and women.”

And he saluted and at marveled our brilliant special forces.

President Trump spoke of the victims of ISIS, including beheading victim James Foley.

Diane Foley of James W Foley Legacy Foundation said of al-Baghdadi’s death: “I am grateful to our President and brave troops for finding ISIS leader Al-Bagdadi. I hope this will hinder the resurgence of terror groups and pray that captured ISIS fighters will be brought to trial.”

Word something was up came with a cryptic evening tweet from the President.

Something very big has just happened!

Rumors quickly surfaced that the news involved the death or capture of the wanted terrorist.

In 2014, Abu Bkar al-Baghdadi declared himself the leader of the ISIS caliphate. He had long been a terrorist, tossed out of the Muslim Brotherhood for being too radical. He formed his own jihadist group Army of the Sunni People after the U.S. invasion of Iraq. Al-Bagdhadi was arrested in Fallujah in February, 2004.

After spending U.S. custody for four years, he was released in 2009 when President Obama closed down the Camp Bucca prison in Iraq. His parting words to guards: “I will see you in New York.”

The terrorist quickly rose the ranks in what would soon become ISIS, until becoming emir of the brutal, genocidal jihadist organization. And one of the most hunted men on the planet.

Last evening that hunt ended. And as the president said, the world’s much safer for it.