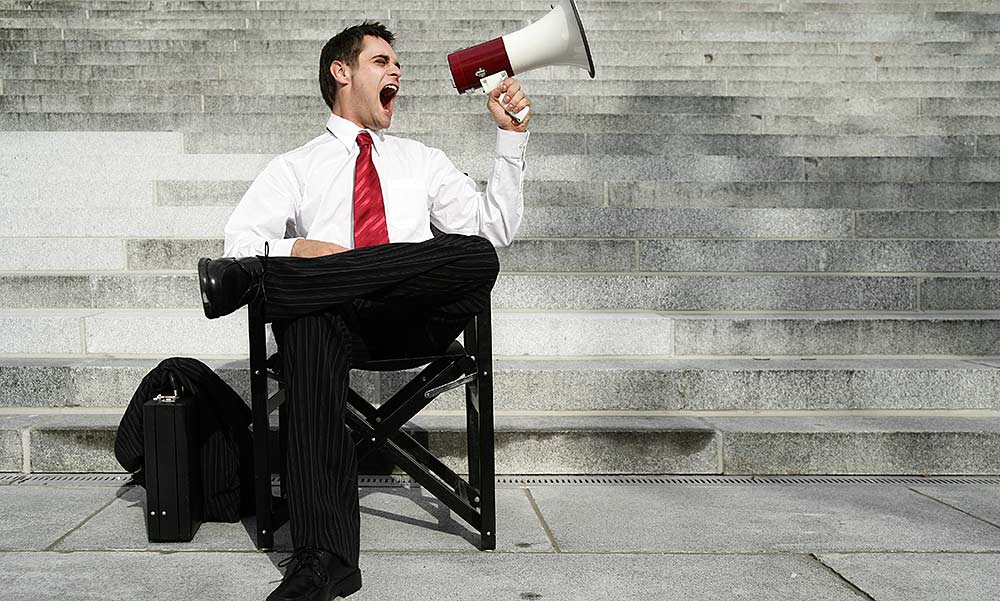 DUDLEY HALL — “And the Lord’s servant must not be quarrelsome but kind to everyone, able to teach, patiently enduring evil, correcting his opponents with gentleness. God may perhaps grant them repentance leading to a knowledge of the truth, and they may come to their senses and escape from the snare of the devil, after being captured by him to do his will.” (2 Timothy 2:24-26)

How can we be gentle when everyone in the conversation is shouting over each other and making points with put-downs?  I can remember when people who disagreed could do so with dignity. Sunday morning news-talk programs allowed people to declare their opinion without fear of being shouted down. Political debates were opportunities to hear various candidates’ views compared to the others. Town Hall meetings were discussions.

Is it just my age or does anyone else have trouble hearing what anyone on a panel is saying when the whole panel is talking over each other? Even the sports shows feature this format as passionate commentators fight for their space by getting louder and drowning out the others. I have my suspicions. Often the volume used to state an opinion is in direct proportion to the doubt the speaker has regarding it. And of course if it is possible to silence the voice of an opponent by doing all the talking, victory is assumed. I’m sure many have presumed they won the argument just because no one else had time to rebut it.

Timothy was a young pastor proclaiming a radical message in a hostile culture. Paul was awaiting execution in Rome. You would think the urgency of the moment would justify some aggressive tactics. Yet Paul, more conscious of being captured by the gospel than by being imprisoned by Rome, gave instructions that demonstrated his confidence in his message.  He had personally met and come to know intimately the one who is Truth. His speech was seasoned by that relationship. He knew that truth is light and can never be defeated by darkness, no matter how dense. He was familiar with the biblical promise that God’s word would not return without accomplishing its purpose. (Isaiah 55:11) It has no viable competitors. There are many ideas floating around in many minds, but the Truth is a person who has been raised from death and sits now on the throne of the universe. When human words align with God’s word, they have delusion-shattering power.

Wise old pastors tell younger ones, “Preach the word! Speakers have bad days, but God’s word never does.” If you are telling the story that changes everything, you can afford to be quieter and less prominent. If your story is of your own making, you had better be a fantastic storyteller, and keep the spotlight on your performance. Preachers who seek to impress with their personality and style will find a spotlight — but it will eventually go out, and their congregation will still be in the dark.

When will the insulting shouting stop? Only when the audience walks away knowing that they are being played as dupes. Those who are leveraging our frustration by appealing to our lowest inclinations are not giving us life. Anger is a poor substitute for responsible action. Somewhere there is a gentle voice confronting error with the hope that the hearers will be released from their bondage to walk in the freedom that Truth provides. Let us be that voice. Refuse to be caught up anger-induced rhetoric. Saturate your thoughts with the thoughts of God by reading and meditating on the Scriptures that reveal the living Word. Try to gently offer the perspective of the gospel in every discussion that warrants your opinion.