Do You Make This Common Mistake With Christians Who Have Questions? 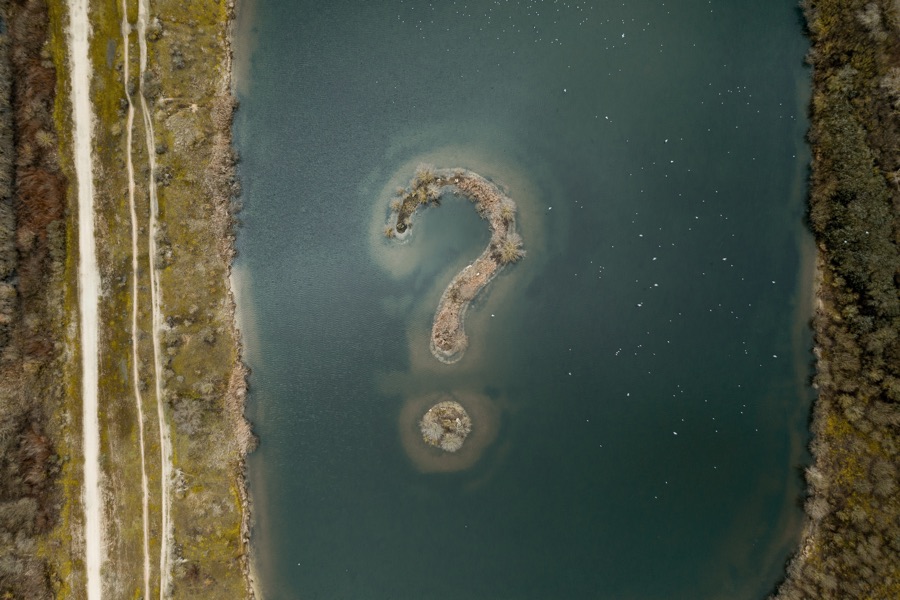 Christians are under pressure like never before, here in the West to give up the faith. What’s the best answer? Is there any guidance in the Bible?

There is, actually. You may not have seen the Letter to the Hebrews this way, but it was written to people in a situation a lot like ours. Their culture was pressing hard against them. It hadn’t turned violent (Heb. 12:4), but they were insulted, they had property taken from them, and some of them may have been imprisoned (10:33-34). They had “need of endurance” to do the will of God (10:36).

That should sound very familiar. Christian bakers, florists, and others in the wedding business have laid it all on the line. College students regularly have to do the same. Christians are systematically excluded from university faculties. If none of that touches you directly, you’re still under fire from entertainment media, which is almost universally anti-Christian.

How Not to Encourage Christians Who Have Questions

We need encouragement the same way the Hebrew Christians needed it. So how should we strengthen each other? Let’s take a quick look at the model a lot of churches follow. Please read this carefully, especially the second half. It starts in Hebrews 1:1.

Long ago, at many times and in many ways, God spoke to our fathers by the prophets, 2 but in these last days he has spoken to us by his Son, whom he appointed the heir of all things, through whom also he created the world. 3 He is the radiance of the glory of God and the exact imprint of his nature, and he upholds the universe by the word of his power. After making purification for sins, he sat down at the right hand of the Majesty on high, 4 having become as much superior to angels as the name he has inherited is more excellent than theirs.

5 That means Jesus is really, really great. And that’s enough, right? 6 What else could you possibly need to know? Isn’t that good enough for you? 7 You don’t need to ask questions. Just believe. 8 If you insist on asking how anyone knows it’s true, there’s something wrong with you. Your faith is too weak.

I hope that caught you off guard. If not, then you really need to open up your Bible and read the original again! The first four verses came straight from the English Standard Version. The last four? Definitely not in the Bible. If you think I made them up, though, you’d be wrong. They’re a composite of what too many ex-believers have told me they heard in their churches while growing up.

“Don’t ask. Just believe.” Some Christians think that’s good advice, when in fact it’s spiritually disastrous. I have a hard time blaming people for walking away from religion like that. Who wants to follow a worldview that can’t stand questions? It isn’t just bad strategy, though; it’s unbiblical, too. The Letter to the Hebrews gives us a completely different model.

The Secret Relevance of Hebrews

Hebrews? Yes. I know, the book scares some us off because it refers to the Old Testament so much. (It doesn’t help that some of the names are hard to pronounce.) You’d be amazed how relevant it is, though. Its theology is crucial, as it’s the Bible’s most complete explanation of Jesus in relation to Old Testament religion. But there’s another secret point of relevance to the book, or at least a point we ought to be talking about more than we do. It’s not about what this writer wrote, but about why he wrote it.

Where to Find Answers When They Ask

My own Too Good to be False echoes in updated form what Hebrews does in its first several chapters: It shows how Jesus is great enough to be worth following no matter what.

For contemporary cultural issues, I recommend you start your search here on The Stream or else at Stand to Reason.

For questions about theology, rather than trying to sort out different denominations’ opinions, I’d just suggest you ask your pastor.

Most scholars agree the author sent the letter because these Hebrew believers were under pressure to give up the faith, and they needed encouragement to keep on believing in Him. The pressure they felt was all about the religion their people had been following for centuries. In that light, you can see why they had questions.

So let me give you the world’s fastest Bible-book outline to show how he answered. In the first eight-and-a-half chapters, he explained they should follow Jesus because he’s greater than the angels and all the Old Testament heroes. (He sprinkled some strong exhortations in along with that, too.)

Then he went on to show they could safely move on from their familiar Jewish sacrificial system, because Jesus had fulfilled and finished its purpose. In chapter ten he explained how they could keep trusting even during struggles, because God disciplines us in love, as a father does a child. Then in chapter 11, they could adopt a life based on faith because faith was how the Old Testament saints lived, too.

All those because words signal something: He was giving them reasons to believe. Reasons not to give up. Reasons to keep following Christ.

That’s the model. This scary-looking book of Hebrews isn’t so bad after all, once you realize why it was written. These people needed reasons to believe Jesus was good enough for them to follow Him, instead of the religion they and their ancestors had followed for centuries. There’s a lot of doctrine in the answers he gave, but there’s a simple lesson underneath it all: Let the people ask. Then if you know the answer, help them understand it.

Our questions are different now, but the principle remains. When Christ’s people are under pressure, they need reasons to keep trusting Him. They need what we call apologetics today. It’s just another name for reasons to believe, taken from a Greek word roughly meaning “to give an answer.”

Pastors, teachers, leaders, parents, please hear the message here. “Just believe” is unbiblical. It’s wrong. And it produces more atheists than anything else I’ve seen in my decades of experience. Let your people ask — especially young people. Then guide them toward answers.