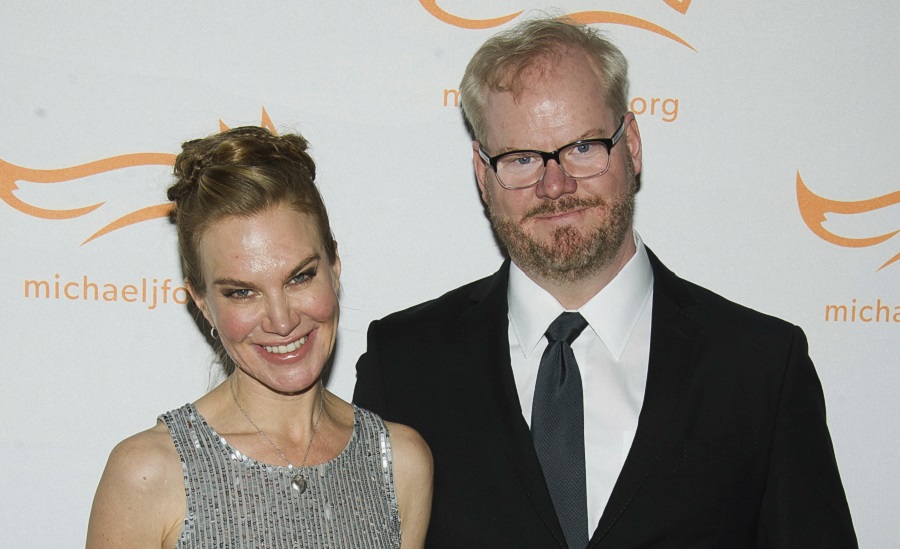 In this Nov. 22, 2014 file photo, Jeannie Gaffigan, left, and Jim Gaffigan attend The Michael J. Fox Foundation for Parkinson's Research benefit, "A Funny Thing Happened on the Way to Cure Parkinson's," in New York. Gaffigan says his wife and writing partner Jeannie is recovering after surgery to remove a serious brain tumor. He said on his social media pages Monday, May 1, 2017, that two weeks ago an MRI revealed that Jeannie Gaffigan had a large, life-threatening tumor around her brain stem. He says after nine hours of urgent surgery the tumor was completely removed, and she’s now recovering at home.

Comedy writer Jeannie Gaffigan suffered from headaches, dizziness and coughing fits for months. The wife of comedian Jim Gaffigan chalked it up to her busy lifestyle and having five kids. But when she started to lose her hearing, Jeannie decided to get it checked out. Doctors found a tumor the size of an apple.

The benign tumor was wrapped around her brain stem. “I was a ticking time bomb, waiting to be paralyzed,” the 47-year-old told People magazine recently. On April 18, Jeannie underwent a nine-hour surgery to remove the tumor.

Jim said he thought maybe they would have removed the majority of the tumor, but they were elated when they found out all of it was removed. She also didn’t have any damage to her cranial nerves. Her doctor said that if she’s clear at her three-month check she will be cured.

“My whole life has changed,” said Jeannie. “The people who have come out of this have shown me how loved I am.”

The couple experienced an outpouring of help and love from friends and family. “People are so generous,” said Jim, “it’s really made me believe that there’s hope for humanity.”

Drawing Closer to the Lord

Already a devout Catholic, Jeannie said the ordeal has brought her even closer to God.

“Every thing has completely strengthened my faith in God,” says Jeannie. “Because I told God, I said, ‘God, I’m not ready to go. I have work to do. Please help me.’”

I'm coming back! Thanks for your prayers. I'm alive!

Jeannie is convinced something good will come out her health crisis. “There’s just going to be so much to come out of this for me. All of this is a miracle.” She wants to comfort others as well. “I want to help people get through the worst news that you can get.”

"Mom takes care of us. Now we take of her." The miracle of baby medicine. Thanks for the prayers everyone. @jeanniegaffigan

Christian Maturity: Arrived, or Just Way Too Far Behind?

Joy Break: Miracle Rescues 77-Year-Old Woman After She Drove Into a Creek

Man’s Tiny House Destroyed by Fire; His Bible Intact Among the Ashes