Colors of Character: An Artist’s Journey to Redemption 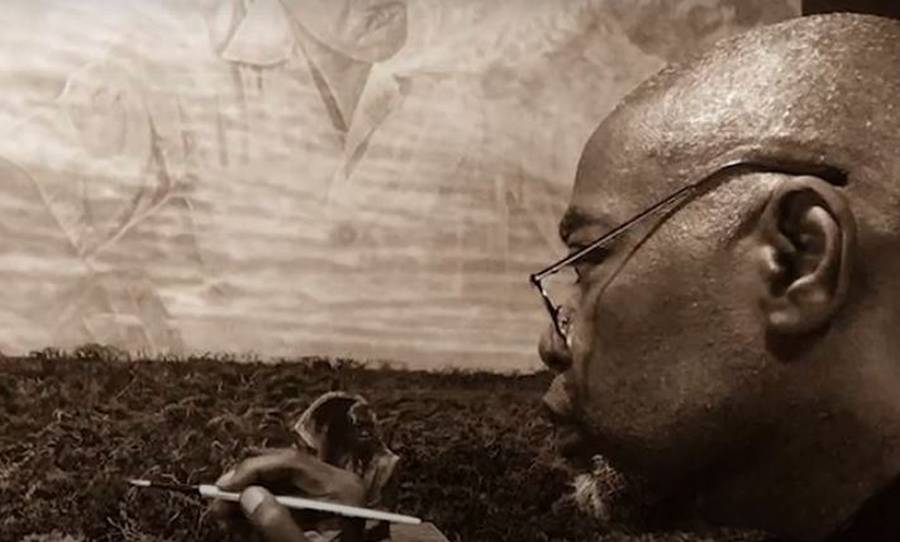 Sixteen-year-old Crips gang leader Steve Skipper had a .45 in his waist and was getting high with other gang members in a park when “Big Mike” told him to give his life to Jesus. Big Mike was a 17-year-old kid who was on fire for Jesus. “You put that stuff down and you need to give your life to Christ,” he told Steve.

People didn’t just walk up to the Crips like Big Mike did. If they tried, they usually got shot. “When [the gang members] see him walking towards me, I know that they’re fixing to kill him. So, I told them to leave him alone.”

Steve walked toward Big Mike, out of earshot of the others. “What is this stuff you’re telling me about Jesus?” he asked. “You need to give your life to Christ,” Big Mike told him. “What does that mean?” Steve asked. Big Mike explained, “You need to surrender your life, you need to get saved.”

“He started telling me stuff about Jesus I’d never heard before,” Steve tells The Stream. Steve made a deal with Big Mike. “I’ll go to church with you one night if you promise to stop talking to me about Jesus.” Big Mike agreed.

Steve planned to go to the church and slip out early to buy a drug he hadn’t tried before — speed. He didn’t count on being touched by God in the church service and surrendering his life to Christ. He never met the drug dealer, but later found out that the speed the dealer had wasn’t cut right and it would’ve killed him. “So God saved my soul and my life in one night.”

Steve’s story about how he left the Crips and became an artist is revealed in a new documentary called Colors of Character: An Artist’s Journey to Redemption. The documentary had a limited release in November. It is available now to watch from Collide Distribution until January 31, 2021.

While still a young boy, Steve had artistic talent. One of his school teachers noticed his skills and requested money from the school to pay for art supplies. The school denied her request, so she paid for the materials with her own money. Later, after Steve got saved, he was offered two scholarships to colleges in their art programs. He heard the Lord say, “You don’t need to take the scholarship. I’m going to teach you everything you need to know.” Steve knew he couldn’t take the scholarship. He told the counselor, “I think I’m going to learn everything I need to know from the Lord.” She looked at him in disbelief.

He would’ve been the first person in his family to go to college. His parents were furious. “They thought I’d really lost my mind. I’d just gotten saved and I’m sitting up here talking about Jesus all the time. The only thing I want to do is read the Bible. I’m talking to everybody, including the mailman, everybody about Christ.”

So he began painting, with God’s help — but no academic training. He felt God’s hand on his as he started. “He would just speak to me, [telling] me everything I knew about art. … He’s the ultimate Artist.”

When He starts to whisper in your ear and say, ‘No, paint it like this, do it like this and use this color, mix it with this color,’ and you listen to Him, you’d be shocked that He knows exactly what He’s talking about.” The hardest part of painting is signing his name. “After you get through [painting], then He turns around with tremendous grace and tells you to sign the painting. You know He’s guiding your hand across the canvas the whole time. … It shakes you to the core, Him telling you to sign your name on that, tell everybody you did it. It’s a cool experience.”

He started painting sports teams and completed many of Alabama’s football team. He thought he’d continue with that, but God had different plans. God told him to do civil rights artwork. He was surprised. “I knew the market for civil rights artwork is terrible. I’m like, ‘Here I am sitting here and I thought you were blessing me with Alabama.’ And He said, ‘no, we’re going this way.'”

He started painting civil rights artwork and got the attention of some who were close to Dr. Martin Luther King, Jr. His painting of Bloody Sunday in Selma, Alabama, was signed by Ambassador Andrew Young, Congressman John Lewis, and many others. President Lyndon Johnson’s daughter happened to be at the unveiling in Baton Rouge, LA. Johnson had signed the Voting Rights Act following Bloody Sunday. Johnson’s daughter asked that the first reproduction of the painting go into her father’s presidential library. “I never will forget it,” said Steve.

Steve also painted a scene of where King wrote his speech for his Nobel Peace Prize in Bimini, Bahamas, in the mangroves. “I found out that the guy that took Dr. King into the mangroves is still alive and he want[ed] to meet me.” It was exactly as King described. “It was the most beautiful place, the most peaceful place I’ve ever seen. The peace of God in that place is tremendous.” Steve’s painting of the scene now hangs in the airport in Bimini.

He wants others to find their “Bimini.” “That night in the studio when He told me we were going this way, I actually didn’t understand at all what he was talking about. I didn’t see why He was saying to do this. But I didn’t know at the time the depth of my purpose for being an artist. … So, it has nothing to do with actually Bimini itself. It’s finding the purpose, finding the place where God wants you to go — that individual turn, that individual direction.” It takes discipline, but once you discipline yourself to do exactly what God told you, the way that He told you to do it, you’ll find your purpose.

“So find your Bimini.”