College Professors in Films: Keeping Up With the Joneses 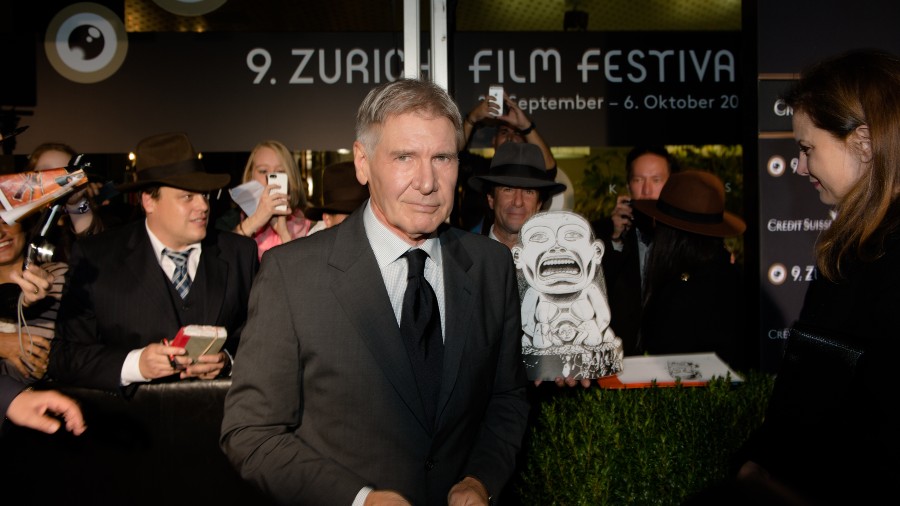 American actor Harrison Ford, dressed as Indiana "Indy" Jones, is seen at the Zurich Film Festival in Zurich, Switzerland, on Oct. 4, 2013, where he was awarded the Golden Eye for Lifetime Achievement.

Being a college professor is pretty boring. (Trust me. I’ve taught in higher education for most of this millennium.) The biggest faculty thrills at my university? Fried chicken Wednesday at the dining facility. Or, in this time of COVID, finding out we are going back teaching face-to-face, instead of online. Don’t get me wrong. Teaching at university is intellectually stimulating and rewarding. But exciting? Not even remotely.

Professors Are Big in Movies and TV

So why are Ph.D.’s so often primary characters, if not heroes, on film? Wikipedia’s “List of fictional professors” includes 50 cinematic ones, as well as another 65 in TV shows. And the count could be even higher. What about, for instance, Bruce Banner, aka “the Hulk?” He has seven Ph.D.’s (although “none of them are for flying alien spaceships”), and presumably did some teaching as well as research.

Maybe screenwriters remember their undergrad profs (too) fondly, or the college environment provides a ready-made context for certain plots. Perhaps they just think it adds cachet to have a main character called “Doctor.” I’m not quite sure. What I do know is that the concept often works quite well. At least if you’re an academic nerd, like me. And since most U.S. colleges are going back to class in the next few weeks, allow me to present my favorite seven cinematic professors.

The jaded English professor in Animal House, portrayed by Donald Sutherland. Only shows up in a few scenes. Best line: “I find Milton probably as boring as you find Milton. Mrs. Milton found him boring too….” Smokes pot with his students (among other things). Definitely NOT a role model, but hilarious.

David Duchovny’s character is a similarly jaundiced chemistry prof in the much-underrated Evolution. Kane is a former Army bio-weapons researcher, relegated to teaching at community college, until a meteorite with alien life lands in Arizona. He gives almost everyone an A. And of course he helps save the day in the end. Unlike Jennings, however he doesn’t hit on his students.

Ira Kane’s colleague and friend, played brilliantly (as usual, for any role) by Orlando Jones. Harry is a geology professor and coach of the women’s volleyball team, although the latter seems to be his main interest. Well, that and getting a Nobel Prize for the alien life he and Ira discovered on the meteorite. Harry has the best lines in the movie. First, when an alien insect burrows under his skin. Then when an evolved flying dinosaur strafes a local mall, and the heroes grab guns from a sporting goods store to take it on.

The leading man of Ghostbusters. One of Bill Murray’s most iconic roles. If you’ve never seen the original, you must have been living in Afghanistan since 1984. Doctorates in both psychology and parapsychology. A glib scoundrel, but also the bravest ghostbuster, and a natural leader. We never actually see him teach class, however. Yet when Dean Yeager kicks Dr. Venkman, Dr. Stanz (Dan Ackroyd) and “Igon” (the late Harold Ramis) off campus, Peter protests “but the kids love us.” To no avail. So they have to go into the private sector, thank God. Who else could have saved the Big Apple from a 100-foot marshmallow man?

Teacher of “contemporary American history” at Grand Lakes University in the Rodney Dangerfield vehicle Back to School. Played by profane comedian Sam Kinison, who died six years later, he appears in only two scenes. But the first is his profanity-laced, gut-busting tirade against liberal Vietnam War protestors, and in favor of Douglas MacArthur’s plan to nuke China during the Korean war. Capped off by Terguson’s breaking a chair and throwing it across the room. Dangerfield’s Thornton Mellon, just after being caught in the academic line of fire, sums up Terguson: “Good teacher. He really seems to care. About what, I have no idea.” Clearly a “reactionary.” Probably the last one in academia — unless you count me.

Professor of medieval literature. The one students hope they don’t get. Thick Scottish accent. Goofy hat. But the second-greatest professor in film, thanks mostly to the brilliant character portrayal by Sir Sean Connery in 1989’s Indiana Jones and the Last Crusade. Now my favorite Indy movie, because of scenes like this. Henry Jones is the only overtly-Christian academic on this list. (Although he is also a sinner, as that last-linked scene describes.) When he and his famous son escape from the Nazis, they stop at a crossroad in Austria and argue about their next destination. Ultimately, the elder Dr. Jones slaps his son for blasphemously uttering “Jesus Christ.” In a neat bit of film-making, Steven Spielberg even has a wayside shrine, with a crucifix, visible behind Henry. (Watch the last 90 seconds of this clip.) No one else could get away with calling Indiana Jones “junior” — repeatedly?!

Who else did you think it would be? Indiana Jones. As described by U.S. Army Intelligence officer, Major Eaton: “Professor of archaeology, expert on the occult, and — how does one say it? — obtainer of rare antiquities.” Indy punches actual Nazis (numerous times), saves Indian children from Kali-worshipping Thuggees, finds the Ark of the Covenant, drinks from the Holy Grail, and proves aliens exist. (Rumor has it he’s not done yet.) Occasionally, he even teaches classes, seemingly with positive results. Although he never seems to do any grading. And he gets denied tenure. Clearly adventure is more important to Dr. Indiana Jones than academia. Or Wednesday fried chicken in the dining hall. But at least he proves that archaeology is actually safer than history.

Bottom-line: movie professors are almost always funny, often charming, but far too-often profane. And they are only occasionally heroic. Most importantly, they are very rarely Christian. Since he actually is, maybe I should have put the elder Jones ahead of his agnostic son, come to think of it. Especially now that he and I have so much in common.