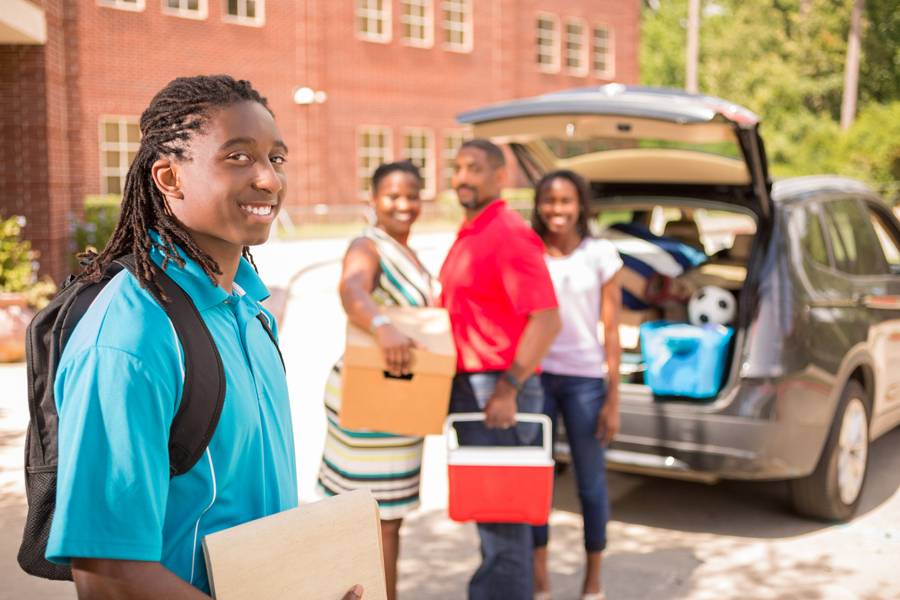 You’ve got a child in high school, maybe two. They’ve got what it takes, and they really want to go to college. You want the best for them, which means an education, yet you also know from Part 1 spiritual minefield they’re likely walking into. The college decision isn’t as easy for parents as it used to be. I have a friend who says it’s not so hard: Just keep them out. Don’t send them to college. It’s too deadly there; too anti-Christian.

I can almost see his point, but I can’t agree, for three quick reasons:

How College Can Still Help

The researcher who told me that, Steve Cable at Probe Ministries, had a theory to go with it. You don’t have to go to college to run into anti-Christian influences. They’re everywhere now. If you do go to college, though, you’re more likely to team up with peers in a campus ministry who’ll help keep you strong.

What next, after you take the steps here and in Part 1? Start by doing a web search on “staying Christian in college.” It’ll guide you to a great book on that topic by Christian professor J. Budziszewksi, for starters, and you’ll find even more as you search through the links. Some of it will be for students, some for parents. Do the research together, see what you find, and take it from there. You’ll find plenty to work with.

And that leads me to the single most practical advice I have for parents sending students to college. It’s a simple way to make sure they get involved in a ministry.

You can’t be there looking over their shoulders. It wouldn’t be right: They’re moving into adulthood, they need independence, and it’s time to start letting go of them. Still you have influence: appropriate influence, real influence, decisive influence, even. It’s called your checkbook.

You Can Still Influence Without Helicoptering

There comes a time when you release control of your children; but you never have to release control of how you spend your own money. And you have to realize how your child’s college is going to use your money. There’s a good chance they’re going to take it to teach that you’re backward, bigoted, and bad. (Just ask “Adam Something” from Part 1.

You wouldn’t want to use your money as a string around your son’s or daughter’s neck. I’m not about to suggest that. Not much, anyway. Just the first two weeks, and with a very specific purpose.

Remember the story I opened with in Part 1, about the parents who didn’t know the university could be hostile to faith? This is the advice I gave them. It’s so simple, so powerful I tell it to every parent who’s sending a child to school.

It’s about getting off to the right start. Common sense tells us it’s important to start on the right trajectory. In this case research backs it up. The first two weeks of college can make all the difference. Will your son or daughter hit the party scene right away? Or make good Christian friends?

Here’s how you can influence that — powerfully. Sit them down and tell them you know it’s time to let them go. You’re not going to hover over them, and you’re not going to control them. But you do have one requirement, and it’s for real.

For the first two weeks they’re in college, and only those two weeks, you want them to attend one campus ministry meeting each week. It has to be a ministry you’ve checked during your campus research (see Part 1 again) so you know it’s solidly Christian. Your student is going to email you pictures of the meeting, and they’re going to talk with you on phone or video about those two meetings.

If they don’t do that – all of it, then your funding ends. Completely. Permanently. Without recourse.

They’re also going to attend a church you’ve agreed on, the first two Sundays they’re there. They’re going to send you notes from the message, and pictures of the student group they were with at the church, and you’ll talk about that.

And then when they do that, they’re on their own. They set their course from then on. By God’s grace they’ll have started making good Christian friends, and they’ll be on track toward real spiritual growth.

If they don’t do that – all of it, then your funding ends. Completely. Permanently. Without recourse. They get absolutely no more money from you for college, period. Not for tuition, not for fees, not for clothes, not for food. Nothing.

Let them know now that’s going to be the plan. Make it real in your own mind, and make sure they know it’s real. They’re still in high school, so they’ll have plenty of time to get used to the idea. If the time comes you have to enforce that commitment, enforce it. Firmly, completely, and without wavering. You absolutely do not want to spend thousands for the privilege of having your child trained to despise your beliefs and values.

It Can Still Be a Great Education Overall

It’s only for two weeks. They can handle that much from you for that long. It’s two weeks to get them heading the right direction with the right friends. They may get an anti-Christian education in the classroom, but if they get a solid pro-Christian education through church or campus ministry, they’re probably getting a great education overall. They’re even learning the valuable life lesson of following Jesus under fire.

Once that two-week requirement ends, you’ll still want to keep track of how your money’s being spent. Don’t continue that initial heavy requirement for more than two weeks. If they’re not getting the right overall education, though, you still don’t have to pay for it. Make sure they know in advance those are the rules. Tell them today, while they’re still in high school.

College or not, there’s no way to guarantee the right spiritual outcome for your kids. This will at least guarantee you won’t fund an overall anti-Christian education — and that your kids will know that in time to make their decisions accordingly.