Coke and the Call to Be ‘Less White’ 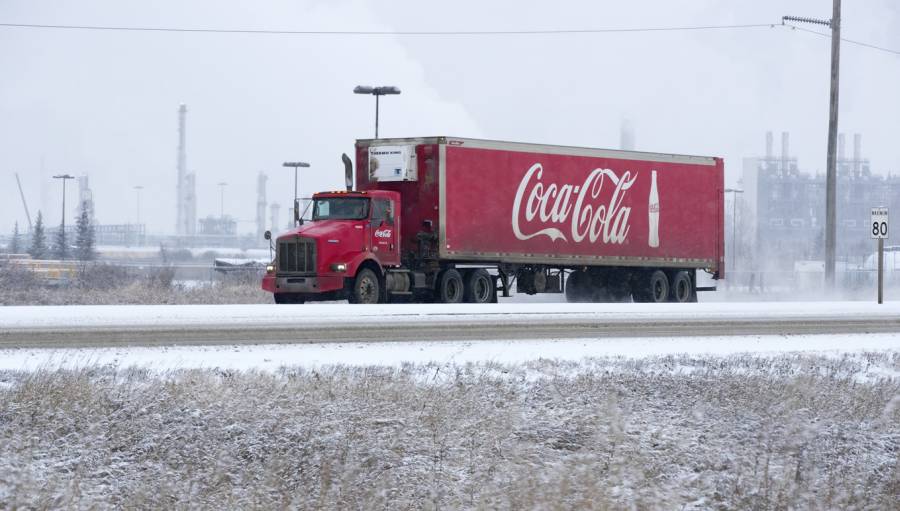 Heading in the wrong direction?

“Why don’t you drink beer like other kids?!” So said my mom upon discovering I had again finished off a stashed two-liter bottle of Coke she’d hidden in her bedroom closet.

Mom had been forced to hide Coke because when I was a teen I would drink up whatever was in the house, and she grew fed up with finding we were out of it the rare times she was in the mood for soda.

She kept with it long after I was old enough to run to 7-11 for a Big Gulp of Coke whenever I felt like it. In fact, she kept hiding Coke for years, long after I’d switched to diet drinks as my soda of choice. In fact, I was shocked to discover she kept a bottle hidden long after I’d moved to California, in case I paid a visit.

Yep, I was a Coke head. A Coca-Cola man from the generation of classic Coke ads. Coke was “the real thing.” Coke added life. Thanks to Coke, I too wanted to “teach the world to sing in perfect harmony.”

Not Harmony, But Division

But that was then. Today, Coke is not interested in harmony … which is a blend of different voices singing complementary, but different, melody lines. Instead, Coke wants us to take a big gulp from the bitter fountain of wokeness.

Specifically, Coke is compelling its employees to complete online training so they can learn how to “be less white.”

I walk through the images in this video: https://t.co/tBwQ0FGV2N

Karlyn Borysenko, an activist who supports banning critical race theory, shared images Friday from an internal whistleblower of Coke’s online “racism” training. Coke did confirm to Newsweek the course is part of its training.

And you thought changing the formula for Coke was a disaster. (Remember New Coke?)

Unlike that 1985 calamity, these days Coke is more interested in the race wars than the soda wars. The course the Coke employees were subjected to is called Confronting Racism with Robin DiAngelo, author of the best-selling, if nonsensical, book White Fragility.

What does it even mean to be “less white”? Watch fewer reruns of Friends? Break your old Debbie Gibson CDs? According to the very pale DiAngelo, “To be less white is to:”

So, apparently, simply by virtue of being white, you are oppressive, arrogant, certain (of what?), defensive, ignorant, humble, apathetic, disbelieving, unwilling to listen, and are one with the Klan. In short, you stink.

Or at least that’s what Coke must think, if they intend to force their staff to undergo such training. Of course, it’s doubtful anybody with any brains in Coca-Cola’s leadership really believes such racist, divisive gibberish. But they do believe the Woke Warriors won’t let them rest until they push this poison onto their employees.

See how the PR flacks at Coca-Cola responded to the hubbub. They didn’t denounce the teaching. They didn’t reject the idea that their employees need to learn how to be “less white.” Their initial statement merely said it wasn’t a “focus” of their curriculum. But as the heat built, they tried to separate the company from the video.

“Our Better Together global training is part of a learning plan to help build an inclusive workplace. It is comprised of a number of short vignettes, each a few minutes long. The training includes access to the LinkedIn Learning platform on a variety of topics, including on diversity, equity and inclusion. The video in question was accessible on the LinkedIn Learning platform but was not part of the company’s curriculum. We will continue to listen to our employees and refine our learning programs as appropriate.”

That’s a hard one to swallow.

An 2007 article from the Wharton Business school celebrates how Pepsi’s “pioneering venture … made a significant contribution to the success of the Civil Rights movement and corporate America’s recognition of a multi-ethnic society.”

You can read more about Pepsi’s civil rights efforts in The Real Pepsi Challenge: How One Pioneering Company Broke Color Barriers in 1940s American Business, by Stephanie Capparell.

Therein lies the difference between the two soda titans. Pepsi broke color barriers. Coke is putting them back up. Pepsi lifted up a race of people. Coke, by urging employees to act “less white,” tears down a race of people.

Which path leads to perfect harmony? Which echoes the Dream of Rev. Dr. Martin Luther King?

Could Rev. King even work at Coke today if he were alive? Both are based in Atlanta, so the commute wouldn’t be a problem. But Rev. King would be “cancelled” in a New York minute for rejecting the course. For insisting that people be judged not by the color of their skin but by the content of their character.

Could Rev. Billy Graham work at Coke today? He would have to “believe,” but believe what? No matter; his white skin meant he had neither belief nor empathy.

For that matter, how about my dear departed Mom? On first blush, Robin DiAngelo and Coke’s HR department would condemn her for her oppressiveness and arrogance … her “whiteness.” Well, until they checked out her death certificate and discovered she was listed as “black.”

Somehow to DiAngelo and enablers like Coke, that makes all the difference.

I believe — I think that means I pass that part of the training — I believe that as long as Coke insists on being The Real Woke Thing, and furnishes its own house with division rather than love, I’ll count myself among the Pepsi Generation.