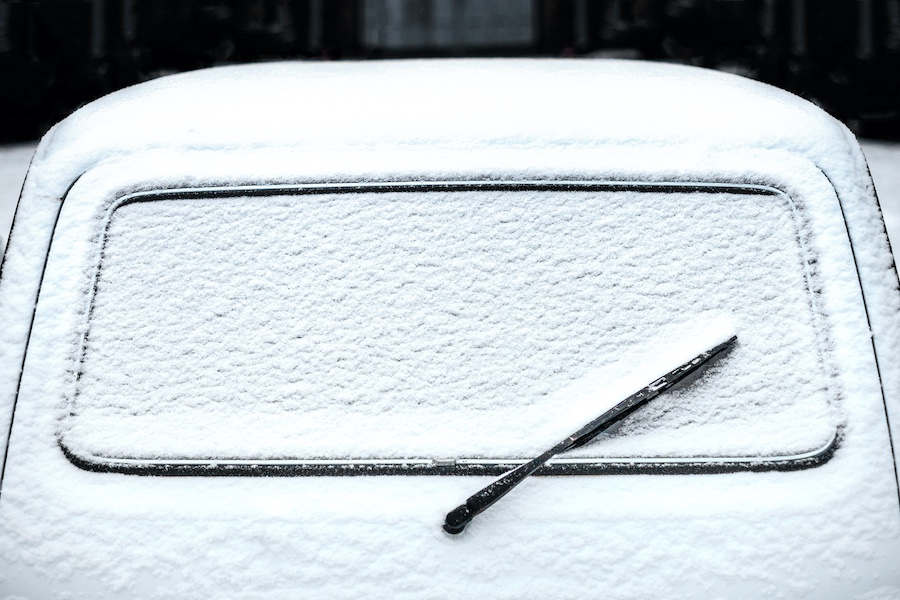 One snowy morning while driving to church, I noticed that the driver ahead of me had not bothered to brush the snow off his back window. As lazy as I can be about snow, I still find this unconscionable. I was, after all, born and raised in Anchorage, Alaska, and learned to drive in the snow. Our house had no garage, so we had to brush off snow — and scrape off the ice, too. It became a habit of necessity.

The driver’s snow-removal negligence set me thinking. Without a clear back window, the driver’s ability to see what is behind him is severely limited. All he can see is what his external rear view mirrors could reveal (if he brushed them off). But on the road, what is behind you is nearly as important as what is ahead. You need an unobstructed view to change lanes safely. If you slow down quickly, you should check to see if anyone behind you might crash into you.

But I’m not that concerned about drivers’ safety. I’m thinking more about historical ignorance. Too many people fail to look through their back window at what’s there behind them in the march of events. Those who fail to do so won’t know what is gaining on them. They won’t know whether a lane change will smack them into another car. They really won’t even know where they are going because they don’t know where we all came from.

The Window of Scripture

The Holy Scriptures insist that we remember our living God and His great acts in history. God brought His people out of Egypt and through the Red Sea onward to the promised land. But only two men, Joshua and Caleb, from all the Israelites twenty-years-old and older, made it to the promised land (Numbers 32:11-12). Even Moses, the man of God, failed to enter.

We should remember that, lest we become dull of hearing and blurry-eyed in the face of trials, says the New Testament (Hebrews 3:7-19; 5:11-14). Reading, recounting, and ruminating help us remember the past, which equips us to face the present and the future. The writer of Hebrews was remembering Psalm 95:8-11 when he exhorted his readers to listen to the voice of God:

“Today, if you hear his voice,
do not harden your hearts
as you did in the rebellion,
during the time of testing in the wilderness” (Hebrews 3:7-8).

We are often assailed with weapons of mass distraction, and we need the shield of faith to repel these fiery darts. As Paul says in Romans, “faith comes from hearing the message, and the message is heard through the word about Christ” (Romans 10:17). Christ alone lived, died, rose again, and is seated at the right hand of God making intercession for us as the King of Kings and Lord or Lords.

Our struggles to trust God today are not that different from those of our forebears. We should look backward for wisdom and guidance for today.

The Window of History

We should likewise consider God’s providence in post-biblical history. History is no jumble of meaningless and haphazard facts awaiting just any interpretation. Christianity isn’t on the verge of death. For those who fret that it is, consider what G. K. Chesterton said: “At least five times the Faith has to all appearances gone to the dogs. In each of these five cases, it was the dog that died.”

The demise of Christianity in America has been greatly overstated and may not be happening at all, according to Glen Stanton in The Myth of the Dying Church. Christianity has a resilience that is, not surprisingly, supernatural. As Jesus promised, “The gates of hell shall not prevail against the church” (Matthew 16:18).

The days may look dark, but that could be because we have forgotten history — or never knew it to begin with. Consider what happened in even darker days in China. When Mao and his Communist thugs took over in 1949, the church there numbered just a few million. Sixty years after the missionaries were expelled, and in spite of ruthless communist persecution, Christianity — mostly underground — is flourishing in China.

In their book, A Star in the East, distinguished sociologist Rodney Stark and Xiuhua Wang estimate that by 2007 there were approximately 60 million Christians in China. If trends hold, there may be more Christians in China by 2030 than in any other nation on earth.

Failed vision isn’t only about dark days, though. There is another reason to look through the rear window — Utopian politics. Younger Americans especially may harbor unrealistic visions about the power of politics to remake the world for the better, particularly through socialism. When candidates or politicians shout about gaining income equality and requiring “the rich to pay their fair share” (a vague, meaningless phrase), idealists in our midst may be captivated by a vision only loosely related to reality.

The online Oxford Reference defines socialism as an “economic system in which the means of production are controlled by the state.” Socialism can take many forms — from strict Marxist to Democratic Socialism — but in every case private property and free market mechanisms are severely restricted.

Moreover, the state takes over pivotal decisions formerly made by individuals and organizations. As such, statism looms. The track record of socialism in the two-thirds or developing world is grim. The status of democratic socialism in Europe is more mixed, yet still, I wager, incompatible with historic American ideals.

Socialism Has Been a Ticket to Hell

My point is not to refute socialism in a few words, but to ask my readers to look through the rear window and consider the wreckage on the road behind us. Socialism has been tried many times in many ways. It has never been a ticket to Utopia.

In its Marxist versions, it has always been a ticket to hell. Consider the seventy million Chinese killed under Mao in his fifty-year rule. Any form of socialism introduces new problems related to productive economies and the rights of property owners and organizations. In this, we ignore history to our own peril. And, of course, as the philosopher George Santayana said, “Those who cannot remember the past are condemned to repeat it.”

Without some knowledge of the past — the settled events and patterns under the sun — we remain partially blind and thus vulnerable to failure. We may look ahead and from side to side, but if we fail to look back, we will rush ahead unprepared for what awaits us.

We’ll be oblivious to historical trends about to overtake us. We won’t even know where we are going, and we will be blind guides as well.

A UFC Fighter Dedicated His Victory to Victims of Communism. Here’s Why It Was Important