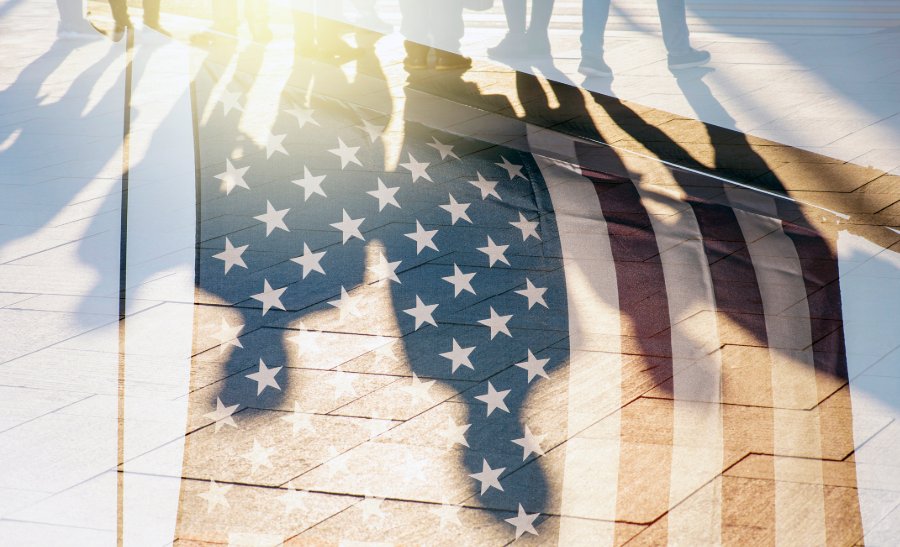 How many times have you complained about our government? If you’re like me, you’ve done plenty of complaining. But have you ever done the work to identify a solution and commit to being part of it?

I recently took part in an event called “The Convention of States Leadership Summit.” Nearly 400 grassroots volunteers from nearly every state gathered in Williamsburg, Virginia. The goal? To learn more about our Constitution and the tools it provides for We the People to retake the reins of our government.

Imagine: hundreds of citizens using their precious vacation time and spending their hard-earned dollars. Why? To learn more about how to save our nation’s future. They are just a tiny subsection of the roughly 4 million Americans who support the Convention of States Project. They’re working through their state governments to put the brakes on Washington by proposing constitutional amendments.

Let me give you snapshots of a few of these citizens.

The everyday citizen has more power than they think they do.

Walter Campbell is a self-employed software developer and farmer from Tennessee. He spent years complaining about federal overreach and hoping that his vote would be enough to turn things around. He got involved with the Convention of States Project because someday he wants to tell his grandkids, “I did this. I took action. I didn’t just sit in my chair and complain.”

Sara Hitchcock is a grad student, military wife, teacher, and mother. She joined the effort because she believes, “The everyday citizen has more power than they think they do.” She thinks we can make America a better country by being better citizens. At this point in time, that means using the Article V amendment process to restrain federal power.

Gary Porter is a veteran, scholar, and founder of the Constitution Leadership Initiative. He started out as a strong opponent to the Convention of States effort. Then he heard COS Co-Founder Michael Farris challenge the common complaint that “federal officials don’t follow the Constitution.” According to Farris, “they just follow the wrong one.”

The Constitution that most of us know and love is about 4,400 words and is often printed in a format that literally fits into the back-pocket of our blue jeans. What Gary discovered was that the version of the “Constitution” followed by the feds is much different, but every bit as real. It is 3,000 pages, detailing how Supreme Court rulings have expounded upon or “interpreted” the original Constitution’s words. The collective impact of these rulings has been to change the functioning of our government.

Gary quickly realized that only by confronting such precedents directly, through amendments that clarify what has been distorted, can we cause our federal system to work properly again.

Dave Tarnowski learned about the Convention of States Project through Mark Levin’s TV show. Dave’s family has a strong record of military service, and he saw this as his way of following their example. So he wrote a letter to tell his neighbors how they could help restore our nation to its founding principles. So far, he has pedaled his bicycle around town to distribute 1,000 of them. “We have to go beyond just voting,” he said.

The Portrait of a Patriot

The conference included powerhouse speakers like TV personalities Mark Levin (author of The Liberty Amendments, which kickstarted the movement) and Pete Hegseth, Supreme Court litigator Charles Cooper, historian David Barton, and political activist Eric O’Keefe. They represent just a handful of the conservative intellectual giants who have endorsed this effort.

But I think I speak for all of them in saying that the real heroes of this movement are the citizen activists who have not fallen asleep or grown complacent with what James Madison referred to as “experiments on our liberties.” The patriots of today are not content to complain about government. They are actively working to reform its broken structure using the tools our Constitution provides.

The most poignant moment of the event came during Mark Meckler’s interview with the retired Senator Tom Coburn, who now serves as Senior Adviser to the Convention of States Project. In my own work for COS, I have had the honor to work alongside this lion of a man. He has courageously challenged leaders at the highest levels of our nation, and around the world. Yet he remains humble, gentle and kind.

Now in his sunset years and having long suffered from cancer, he is as determined as ever to do his part to restore the Constitution’s framework. When asked by Meckler, “Why do you keep fighting?” he sat quietly for a moment. Then he asked, “Well…what would you do if you didn’t?”

It’s a question that every American today needs to ask of himself. To learn more about Convention of States, visit www.conventionofstates.com.