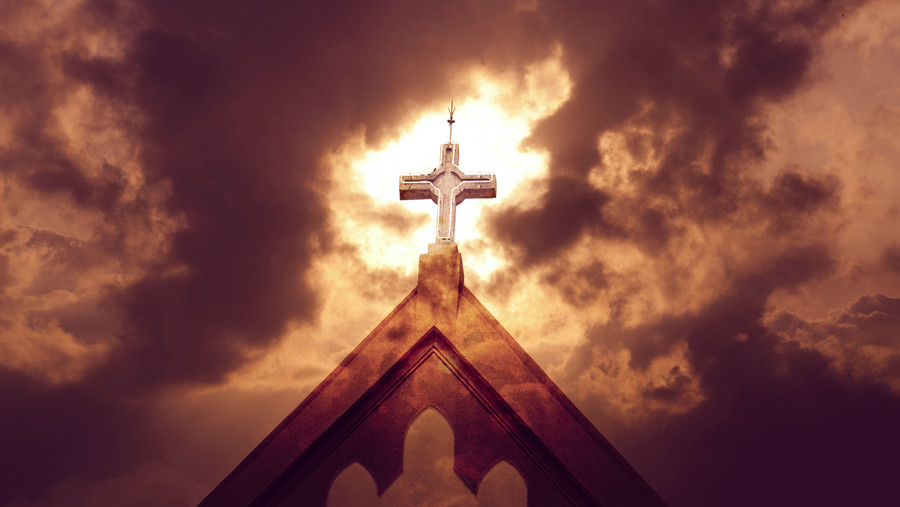 Two Iowa churches are fighting the Iowa Civil Rights Commission over what they say are unconstitutional restrictions on religious speech related to sexuality and the family.

On Tuesday, Cornerstone World Outreach demanded an exemption from the Commission’s regulations that gender identity must be recognized when a person wants to use a restroom that differs from his or her biological sex. A Commission brochure outlines policies that also declare possible “illegal harassment” to include “intentional use of names and pronouns inconsistent with a person’s presented gender” and “repeated remarks of a demeaning nature.”

So, what doesn’t qualify? The brochure gives as examples “a child care facility operated at a church or a church service open to the public.”

Virtually all church services, of course, are open to the public. So, according the logic of the brochure, such church services do not qualify as having a “bona fide religious purpose” and therefore are not exempt from the commission’s transgender regulations.

“This is a clear case of the state violating the sanctity of the church,” said Chelsey Youman, Chief of Staff & Counsel for First Liberty Institute, in a press release. “It should send chills down the spine of every congregation in Iowa.”

Youman, whose group is representing Cornerstone, also said, “The State of Iowa claims it has the power to regulate what churches can teach about human sexuality and how they operate their facilities.”

Cornerstone Senior Pastor Cary Gordon said that, as the father of five, “I am deeply concerned that the State of Iowa would try to tell us, as a church, what we can teach about matters of sexuality and how we are allowed to ensure the safety and privacy of our children. All we want is to be left alone to teach the Word of God and minister to our community in peace.”

First Liberty has given the Commission until August 4 to provide Cornerstone an exemption and determine it will not pursue enforcement of the challenged provisions.

Also on Tuesday, Fort Des Moines Church of Christ sued the members of the commission to overturn the standards. “Churches should be free to teach their religious beliefs and operate their houses of worship according to their faith without being threatened by the government. That is a foundational First Amendment principle,” said Alliance Defending Freedom (ADF) Legal Counsel Christiana Holcomb, who is representing the church. “Churches have always been protected from government intrusion, and they still are.”

“One can hardly imagine a more obvious unconstitutional invasion of the state into the internal affairs of the church,” said Holcomb in ADF’s press release announcing the federal lawsuit. The suit is challenging the regulations on constitutional grounds and seeks an injunction of the Commission’s policies as they relate to Fort Des Moines.

Cornerstone and Fort Des Moines are no strangers to controversy. Cornerstone was sued by an atheist group in 2010 for encouraging parishioners to vote out three state Supreme Court justices. The successful effort to oust the judges led, according to Gordon, to death threats being issued against the pastor by an eventual member of the Sioux City Iowa Human Rights Commission.

The Commission has faced at least one other challenge to its policies. In 2012, a Mennonite couple that ran an art gallery in a church building was prosecuted by the Commission. According to a description of the case by the couple’s attorneys with The Becket Fund for Religious Liberty, they were sued by a same-sex couple for not hosting a same-sex “wedding” ceremony. Wedding ceremonies and other events were regular activities for the Gallery, in addition to art sales.

Although there were numerous nearby venues that actively advertise to host same-sex weddings, when the Odgaards declined to host the wedding, the couple immediately filed a complaint with the State, triggering an intense media campaign against the Odgaards. They were subjected to hate mail, boycotts, personal attacks and even death threats. Officials in the Civil Rights Commission showed open disdain for the Odgaards’ religious rights, and even denied them access to state court to defend their religious liberty claims. Shockingly, the State refused to dismiss its case against the Odgaards even after the two men—contrary to their prior sworn statements—admitted they had been married months before asking the Odgaards to host their ceremony.

The Odgaards eventually settled the case, paid the plaintiffs “thousands of dollars,” and chose to not host any weddings. The Gallery later closed due to the lack of income from weddings.

A spokesperson for the Iowa Civil Rights Commission did not respond to The Stream’s request for comment about the new demand letter and the new lawsuit.