Church, Let Us Speak With Courage: We Will Not Be Silenced! 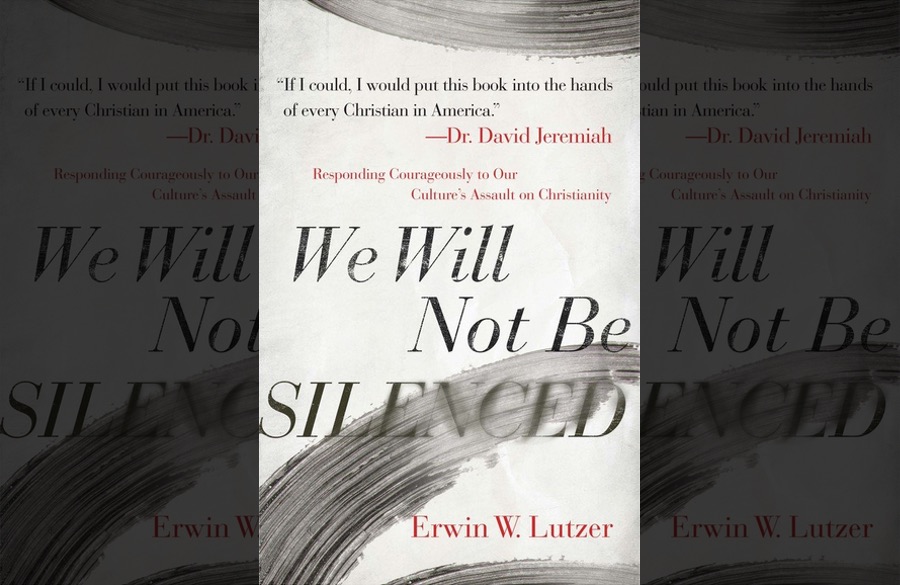 “The America we once knew is gone”: sobering words from Dr. Erwin Lutzer of The Moody Church in Chicago. You knew it already, though, didn’t you? The question is no longer whether the world is changing. The question is whether Christians will recognize the new situation surrounding us and know what to do with it. I know of no better guide than Lutzer’s newly released We Will Not Be Silenced: Responding Courageously to Our Culture’s Assault on Christianity.

It’s not just that the America we once knew is gone. Change happens always, and always some of it for the better. It’s the Christian-friendly aspect of our country that’s departed. Apart from a special work of God, we need not expect it to return. “The purpose of this book is not to inspire us to ‘take America back,’” says Lutzer. “We have crossed too many fault lines; too many barriers have proven too weak to withstand media-driven cultural streams that have flooded our nation.”

We Must Not Hide From This

It’s gone, and we’re foolish if we keep on going as if nothing’s any different. Lutzer explains clearly what we’re up against as the Left seeks to rewrite history, divide us with misleading “diversity,” limit free speech, sell socialism, and in Lutzer’s most heartfelt complaint, sexualize the children:

The goal of the secularists is clear: attack any form of decency, sacredness, or normal sexual relations. Confuse the children by awakening sexual desires reserved for adults, and utterly destroy any concept of the traditional family. Encourage children to have multiple sexual experiences. And in the process, reap the consequences: more abortions, more antireligious bigotry, and most importantly, more broken homes. The more children are born out of wedlock, the more susceptible they are to being shaped according to Marxist principles.

And the more born out of wedlock, the more brokenness, pain, and spiritual loss they will experience.

The Left sells its efforts as a “noble cause,” a far superior replacement for the “oppressive,” “patriarchal,” “white” Christianity it seeks to supplant. Its hostility to the faith is so great, it even allies with Islam. Why? Because the leftists do not want to be critical of a religion that is helping them destroy the foundations of Western civilization.”

We Must Go On Seeking the Kingdom of God

It’s happened at truly dizzying speed. Among Christians, many have caved in, accommodating their doctrine and practice to new cultural dictates that have nothing to do with God’s truth. Others are blissfully but dangerously unaware. Those who see what’s happening may wonder what it means to Christian life and ministry. Lutzer’s chief concern is with the second and third groups, as he explains eight of the main currents driving cultural change and suggests ways to keep moving forward.

He finds a model for that in Augustine, who “loved the city of Rome,” yet, “when he was told that vandals had trashed it, he is reported to have said, ‘Whatever men build, men will destroy. So let’s get on with building the kingdom of God.”

“He pressed his index finger against my chest and said, ‘Your responsibility is to teach your people to be ready to die as martyrs for the faith!'”

But “where is the hope?” one might ask. We find it in the same place we always have, in the faithfulness of our God. Lutzer reminds us of that often, but writes as one whose main concern is less with hope, now, than with courage.

We Must Act with Faith and Courage

Large swaths of the Western church have caved in to the mockery, the deception, the lies, telling us the world has a better idea than God. Much of the remaining faithful, Bible-believing Christianity has let itself be cowed into silent submission.

The culture seeks to intimidate Christians in two ways, says Lutzer. “One is to criminalize what they say or do, and the other is to shame them. Many Christians will not be talked out of their faith, but they will be mocked out of it. Shame will cause many Christians to retreat into silence.”

Christianity isn’t just marginalized by our culture, it’s demonized. The great question used to be, “Is Christianity true?” The question now has shifted to, “Is Christianity good?” Such is the degree to which the Left has turned truth upside down. But this is no time for silence. Lutzer reminds us of Huldrych Zwingli, a leader of the Reformation in Switzerland, who is “purported to have said, ‘For God’s sake, do something courageous!’”

“Uncompromising Truth and Love, Risking It All for God”

Lutzer devotes a chapter to each of his eight major issues, from “Rewrite the Past to Control the Future,” to “Vilify! Vilify! Vilify!” — the new “answer” to resolving disagreements in our day. In each chapter he opens with analysis, then offers compassionate, practical wisdom on how best to respond. Every chapter he closes with prayers we all should be praying.

More than anything else in the book, one piece of what you might call “ministry advice” caught my attention. Lutzer had just heard a lecture given by Sam Solomon, a Muslim convert to Christianity. He sat down to talk with him afterward:

I asked him a simple question: “In light of what you have shared, and considering the game that radical Islam is making in America, what is my responsibility as the pastor of a church?” He pressed his index finger against my chest and said, “Your responsibility is to teach your people to be ready to die as martyrs for the faith!”

And what is the secret to this boldness? “Fear God more than the flames,” urges Lutzer. “Fear him more than your reputation. Let us be done with the faint-hearted, tepid leadership. Ours is the day to ‘play the man’ with bold, uncompromising truth and love, risking it all for God.”

This book is for all Christians, but especially for leaders. The America we once knew is gone. The rise of the Left means the rise of serious anti-Christian hostility, putting our people’s faith at risk. Our youth are especially in the cross-hairs.

We will never adequately address these threats to their Christian lives if we’ve never taken time to understand them. And we’ll never lead at all unless we decide to lead with courage. So let us decide now to study and understand. For this, Lutzer’s book is a great place to start. Let us then set the example, and let us urge our people to follow us in it: We will not be silenced.