Christmas Jars: A Christmas Movie That Inspires Giving to Bless Others 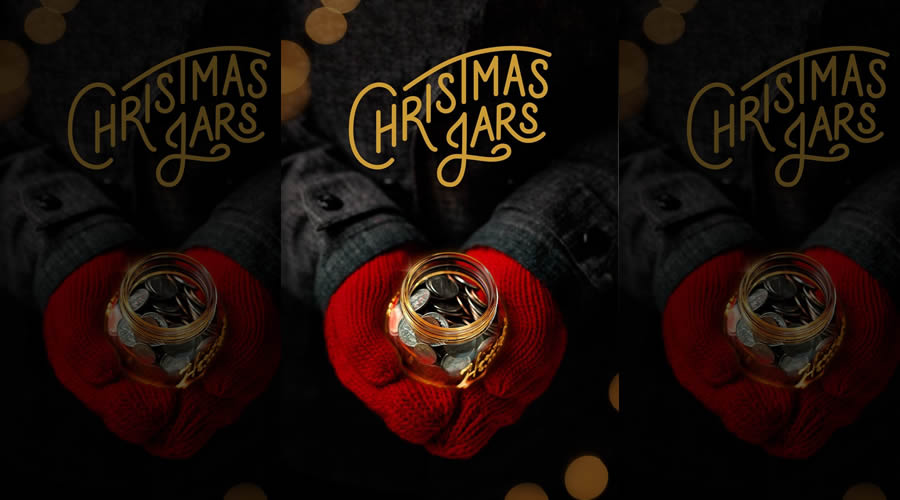 One Christmas years ago, New York Times best-selling author Jason F. Wright and his wife decided to do something different. “We were looking to bring a little magic into our holiday,” Jason told The Stream. They had three little kids and wanted to start a new tradition — something in which the whole family could participate. “We came up with this idea of putting a jar on the counter, putting our change in it.”

They decided to make a list of people who would benefit from the gift and deliver it anonymously on Christmas Eve 2004. He said it changed his family completely. It was that gift that inspired him to write the 2005 novel titled Christmas Jars.

“The Lord’s hand is very much in the timing and kind of how everything came together,” Jason explained. “A lot of little bitty miracles — particularly if you know the publishing world at all. It all kind of fell into place for the book to get out very, very quickly and here we are, 14 years later, still talking about it.”

While the book came out quickly, the movie by the same name just released last month. After a series of setbacks, BYUtv and Muse Entertainment teamed up to finish the movie project. Those two companies financed, produced “and made a really beautiful film.”

Christmas Jars tells the story of a journalist named Hope Jensen, an adopted young lady who pretends to be a college student to get to the bottom of why jars full of money keep appearing on doorsteps of those in need in her community. After her apartment was robbed, she received a jar. The movie follows Hope’s journey as she seeks to discover who sends the jars and why.

I just felt like I wanted to bring in as many … issues and themes and ideas that really point to [Jesus]. And [the themes] can be traced back to learning to be a better disciple of Christ, whether you’re being more kind, whether you’re learning the power of forgiveness and redemption or what deception is and how to recognize truth. I just I think the more that we can talk about Christ this time of year and less about Christmas trees and wrapping paper the better.

A Year-Round Way of Life

Jason emphasizes that people “should be different because of Christmas. And if you’re not different on the 26th, then maybe you’re missing something. Maybe I’m missing something.” He hopes that the themes running throughout the movie inspire families to make Christmas “a year-round way of life, that you’re thinking about His birth and why His birth matters every single day.”

The takeaway, for Jason, is “faith, hope, charity — the greatest of these is charity. Let’s all be a little more charitable.” Charity is the pure love of Christ and Christmas is His celebration. Jason suggests that people put a jar on their counter and fill it all year long to give it away at Christmas.

It’s not about the book and the movie. We love talking about the book and the movie, obviously, but you don’t have to read the book or see the movie to put a jar on your counter, put your change in every day or a dollar here and there. Do it not just for a day or a week, but for some extended period of time and give it away. It’s just — it’s such a proven concept that will bless your life. … If you have another tradition that you’re doing, that’s great. If you want to try something new, you’re looking for something that the whole family can participate in, give it a shot. You won’t be disappointed.

Fathom presented the movie in a one-night event in early November. Christmas Jars is out now on DVD and is available to stream for free at www.byutv.org

Even in This Horrific Assault, God Has a Plan