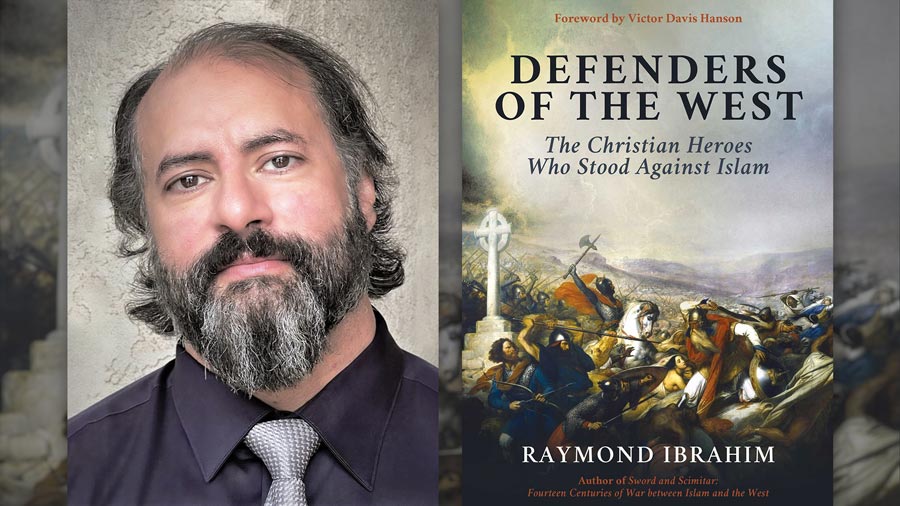 Stream contributor Raymond Ibrahim has written two books about the nearly 1,400-year struggle between the Christian world and Islam, Sword and Scimitar and Defenders of the West. Both of them would make terrific Christmas gifts, especially for teenage boys and young men who need heroes.

The Stream’s John Zmirak interviewed the author about each book. This is part two, on Defenders of the West (click here for part one).

Christians Used to Defend the Innocent

John Zmirak: Tell us a bit about Defenders of the West.

Raymond Ibrahim: It’s about, and to quote that book’s subtitle, “The Christian Heroes Who Stood Against Islam.” Whereas Sword and Scimitar told the long story of conflict between Islam and the West in the context of eight decisive battles, Defenders of the West does so in the context and through the eyes of eight decisive men — Duke Godfrey, El Cid, Richard Lionheart, Saint Ferdinand, Saint Louis, John Hunyadi, Skanderbeg, and Vlad the Impaler. Each staunchly stood against Islamic aggression in the West and Islam’s three main theaters of war: the Holy Land (three chapters), Spain (two chapters), and the Balkans (three chapters).

Zmirak: What inspired you to write Defenders of the West?

Ibrahim: There seems to be a massive deficit of heroes nowadays, and I wanted to show that it wasn’t always like this. Western people did not always take it for granted that their leaders (meaning “politicians”) would be cynical, politically-correct, self-serving, and cowardly — far from it. So I looked around in history for those leaders who embodied the opposite traits: sincerity, altruism, self-sacrifice, patriotism, and above all, death-defying courage. Especially those who displayed those qualities facing the West’s historic enemy, and my specialty, Islam.

Zmirak: What is it about Christianity as preached today that prevents such men coming forward now?

Ibrahim: Ah, that’s a whole book unto itself. Much of the change you allude to revolves around how Christianity is understood nowadays. Its passive and peaceful qualities — “turning the other cheek,” etc. — have all but come to define Christianity. In reality, of course, most of Christian history and doctrine offered abundant room for defensive warfare and righteous wrath — particularly in the context of Just War. That’s a concept I explore throughout the book, contrasting it to the incessant war-mongering of Jihad.

Christians of former days believed it was their right and duty to defend Christian lands and people — and they fought fire with fire to do it, sacrificing much in the process, including their lives. Such is the irony. Western civilization would have long since perished without the sorts of men featured in Defenders of the West. But today they are largely seen by their Western descendants as exemplars only of the patriarchy, “toxic masculinity,” xenophobia, and, of course, “racism.” How and why that change came about tells us more about us than them.

Can We Still Have Heroes?

Zmirak: Who was your favorite hero in defending the West, and why?

Ibrahim: This is difficult to answer; besides, I wouldn’t want to influence anyone with my own personal inclinations. Ultimately, the stories of all eight men are remarkable and inspiring. Accurate movies should be made for each and every one of them. It seems that each character has something different to offer, resonating differently with different readers. For example, I’ve shared the book with several colleagues and each of them responded with a different favorite character.

Zmirak: What do you hope is the biggest takeaway from the book?

Ibrahim: Ultimately, I think the book offers very exciting — though currently little known — biographies of eight singular warriors. As such, it should make for an enthralling read. At the same time, it documents some interesting patterns that are otherwise unknown or ignored — that, for example, Muslims invaded various parts of Europe, massacred and enslaved millions over the centuries, and always on the same jihadist logic that Islam’s apologists today insist is “un-Islamic.” In other words, the book was designed to be both entertaining and informative: by reading about the dramatic lives and struggles of these iconic fighters, and thereby gaining a much better understanding of the past with Islam, readers will also gain a much better understanding of their present.

Put differently, and as mentioned, the people of the West now accept as a dogmatic premise that Islam was historically and for centuries an advanced, enlightened, and tolerant force — especially in comparison to Europe. As long as that myth persists, all the violent and terrible things currently being committed in Islam’s name must be chalked up to other factors — territorial disputes, grievances, economics, education, politics. Never Islam itself.

Such logic is admittedly sound — but only as long as its first premise remains unchallenged. Defenders of the West shatters it.

Zmirak: Thanks, Raymond. I especially like that, for all its scholarship, Defenders of the West is a brisk and engaging read. In the words of Victor Davis Hanson (from his foreword to the book):

Defenders of the West is engaging storytelling of fascinating people and forgotten events at its best. Although anchored in arcane or archaic texts, it reads and flows like an adroitly crafted novel, buttressed by a scholarship that allows those of the past to speak for the past.

I think it would make a great Christmas gift. Where can people get it?

Ibrahim: Thank you, John; it’s appreciated. Defenders of the West can be purchased from many book dealers (linked here), including Amazon and Conservative Readers.

An Ancient Hate: Why Armenia Will Never Know Peace From Surrounding Islam