Why Christians Support Israel and the Jewish People 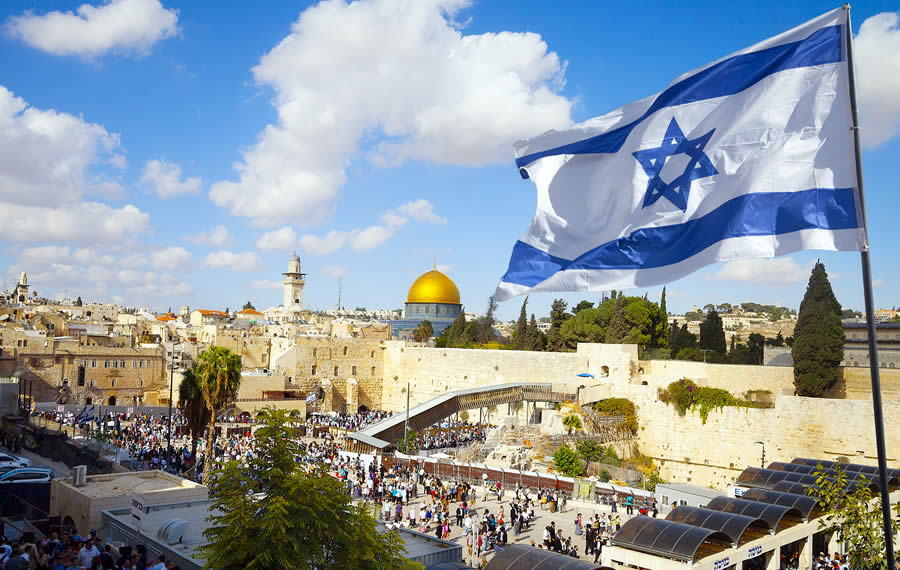 As Jews worldwide celebrate their high holy days, author Mike Hayes shares from Scripture and personal experience why Christians must stand united with our Jewish brethren.

A few years ago, my wife Kathy and I were in Israel visiting an archaeological site. An archaeologist explaining the ruins before us was an expert known as the “Indiana Jones” of Israel.

I commented to him, “You guys have archaeological digs going on everywhere around this country. There are new things to look at every time I come!”

The Israeli man replied kindly but firmly: “Pastor, you should realize we are not doing this so you can have new things to look at. With due respect, this is not for tourists.

“This is to prove our existence — that we were here before, and that we belong here. That’s why we dig in the earth: to prove archaeologically that we have a right to exist in this land.”

It was a powerful statement. As Americans, none of us have ever had to dig up archaeological remains to prove we have a right to remain in our country. But that is what Israeli Jews face daily.

Though the Jewish people have gone through unbelievable difficulties for centuries, God has re-gathered them and reestablished them in the land of Israel — that tiny country in the Middle East —against all odds.

I believe the special assignment of the United States of America is intricately involved with the survival and blessing of Israel. Despite our failures and national sins, God’s blessing has clearly been on the U.S. We are a melting pot of the world, founded in freedom.

Our nation is destined to ultimately come to bless the roots of where we all came from, those referred to in Zechariah 2:8 as “the apple of His eye”: the Jewish people.

America and the Apple of God’s Eye

When God makes a covenant, He keeps it forever. God has miraculous power to preserve what He loves and what He promises He will care for.

God made a covenant with His people Israel. He called them out and chose them in order to show His faithfulness. It didn’t mean they were better or more righteous than any other people. In fact, their mistakes are well-documented throughout Scripture.

We cannot deny the promises of God to the Jewish patriarch Abraham. “I will bless those who bless you, and I will curse him who curses you; and in you all the families of the earth shall be blessed” (Genesis 12:3).

To be clear, this doesn’t mean we support Israel politically in every decision. The Israeli government is a secular democracy and has made mistakes. Yet people often form their views from bad information.

“Israel has been an aggressor against the Palestinians in the Middle East,” people say to me. I wonder back, How did you miss the fact that there are three hundred thousand Israeli Arabs who live in Jerusalem peacefully?

We have to start with Scripture. In Genesis 17:8, God told Abraham: “I will give to you and to your descendants after you, the land of your sojournings, all the land of Canaan, for an everlasting possession; and I will be their God.”

Part of the larger region known as Canaan, Israel is the only place on the planet ever mentioned in the Bible that God actually tied to a covenant. He made a covenant to give the land of Israel to His people and preserve it forever.

The heritage of Israel speaks to the roots of our faith — and the future of where world history will find its climax.

Tragically, the Christian Church has perpetrated much evil against the Jewish people.

In Acts 2, all of the early church leaders were Jewish. It began as a Jewish church that reached out to the Gentiles through the Apostle Paul. Yet from the first century, Christian leaders started to attempt to separate us from the Jewish roots of our faith.

By the third century, Constantine took over as emperor and leader of the Roman church. (He was supposedly converted, though I believe it was only a slick political move.) Constantine subsequently led the Christians in a mass persecution of the Jews.

The reason they gave was simple: the Jews crucified Jesus, who is our Savior. Therefore, the Jews deserve to be killed. They burned their synagogues and began murdering them.

The central hub of Christianity moved from Jerusalem to Rome — without a single Jewish leader represented. Believers of Jewish heritage were totally kicked out of the church, leaving only Gentiles.

Many began to believe the false doctrine of replacement theology, also known as supersessionism. It essentially teaches that the Church, in God’s heart, has replaced every promise God ever made to the Jews. Thus, it contends there are no remaining promises unique to the Jewish people, including those regarding the land of Israel.

In the 16th century, Martin Luther picked up and furthered this deception, and campaigned for Jews to be expelled from Germany. Historian William Shirer plainly states what resulted by the 20th century: “Martin Luther wanted Germany rid of the Jews. Luther’s advice was literally followed four centuries later by Hitler.”

Through the Nazis’ horrific Final Solution, the Third Reich murdered two-thirds of all Jewish people in Europe. Consider how one bad doctrine reaped destruction during World War II: the lives of six million Jewish people lost.

Holding Fast to Truth and Love

God hasn’t replaced Israel with the Church; He loves Israel and the Church. But the doctrine of replacement theology is still prevalent today — in more places than you would believe.

As my wife and I were coming out of a theater recently, a man approached us, all worked up and red-faced.

He said, “Pastor Mike, I respect you as a Bible teacher. But I am so disturbed by what you said about Israel recently. Why would you urge us to bless that nation? Half of them over there are atheists. Those who are Orthodox Jews don’t even believe Jesus is the Messiah. Why would we want to support Israel?”

I replied, “Those facts you just cited.”

I slowed down and answered calmly. “What is great is that God’s promises concerning the land of Israel have nothing to do with the performance of the people who live there,” I said.

God has so freed us to love Him by our choice — that even if we choose to say, I don’t even believe in you, God still keeps His promises.

He also commanded us to “pray for the peace of Jerusalem” (Psalm 122:6). Jerusalem is where Jesus ascended to Heaven, and it is where He will step foot on the earth again. I love the United States of America, but He is coming back to the Mount of Olives in Jerusalem.

Rosh HaShanah and the Passing of Ruth Bader Ginsburg