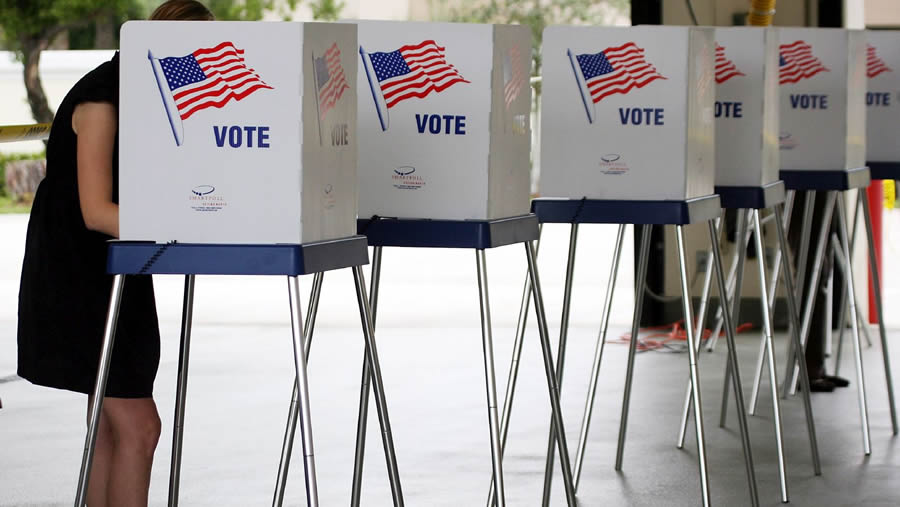 We can no longer hide behind the excuse, “I don’t want to get involved.” As citizens, we are given the privilege, for now, to place people in positions of leadership. Whether we like it or not, we are involved. Millions are not registered to vote, and millions of registered voters stay home.

We’ll stand in line to see a movie, but we won’t stand in line to vote and elect leaders who will affect the direction of our country (Biden or Trump will make nearly 4,000 appointments during their term). This makes a statement about what we value — and isn’t it sad? When people who can vote for President Trump don’t, they, by default, vote for the opposing party.

Who are You Supporting?

History, as well as the original intent of the Founders, does not allow us to separate God’s Word from governing our nation. The Founders chose a republic over a democracy for this very reason. Representatives were to vote and administrate according to unchanging biblical principles, not by feelings or opinion polls.

Why are many more concerned about Trump’s past than America’s future? More concerned about his tweets than about religious freedom? As I said before: If the abortion industry, George Soros, most of the media, ANTIFA, and Hollywood are on your side, are you sure that you’re on the right side? Because this is who you are supporting by not voting.

How We Can Vote for Trump

When people say, “How can you vote for Trump?” our response is easy: innocent children are being protected, godly counsel is surrounding President Trump, terror is being restrained, good judges are being selected, socialism is being resisted, families are being encouraged via employment (black employment was at an all-time high before the plandemic), prayer is being brought back into schools, God’s wisdom is being sought, the voice of the pulpit to proclaim all of God’s truth is being guarded, and on and on it goes.

A “no” vote is a “yes” to Biden’s agenda: killing babies on demand, silencing true churches, handing over our sovereignty (sovereignty that God gave us) to China, prompting a failed system of socialism, disdain for Israel, reversal of peace treaties, sexual perversion being welcomed and legalized, and so on. Please wake up.

Why is Trump Different?

This analogy that I’ve used in past articles really brings it home: The head of a neighborhood watch program, who took the late-night watches, had previously had an affair years ago, but he watched over the neighborhood diligently each night. Each week he invited church leaders into his home to pray for him and to seek their advice. He often stood against others on the committee who wanted to enact policies harmful to the neighborhood. He was occasionally gruff and impulsive, and sometimes his words were crass and offensive. But wouldn’t you still want him leading your neighborhood watch program?

We all know the answers — so why is President Trump any different?

Our Freedoms May be Lost

If we fail to stand up right now for what is morally right, we may see a time in our history when our freedoms, and our children’s, will vanish. With the acceptance of same-sex marriage, legalizing perversion, and failure to protect the unborn, that time may be close at hand. Psalm 11:3 states, “If the foundations are destroyed, what can the righteous do?”

Referring to the Founders, Roy Moore, former Chief Justice of the Supreme Court of Alabama, sums it up well:

I’m glad they’re not here with us to see the mess we’re in, how we’ve given up our righteousness for a life of indulgent sin.

While truth and law were founded on the God of all creation, man now, through law, denies the truth and calls it “separation.”

No longer does man see a need for God when he’s in full control, for the only truth self-evident is in the latest poll.

But with man as his own master, we fail to count the cost; our precious freedoms vanish and our liberty is lost.

Children are told they can’t pray in school and they are taught evolution. When will our leaders see that the fear of God is the only true solution?

Our schools have become a battleground, while all across the land, Christians shrug their shoulders, too afraid to take a stand.

And from the grave their voices cry, the victory has already been won. Just glorify the Father as did His only Son.

And when your work on earth is done, and you’ve traveled where we’ve trod, you’ll leave the land we left to you, One Nation Under God!

This battle is for the very soul of our nation. Not voting is voting. It’s our choice — will we let our voice be heard or fade away in silence?

Special Note: With this being the most important election in our lifetime, we made my book One Nation Above God available as a free download here. It is a great resource to share with family and friends who are on the fence and for those questioning America’s past.