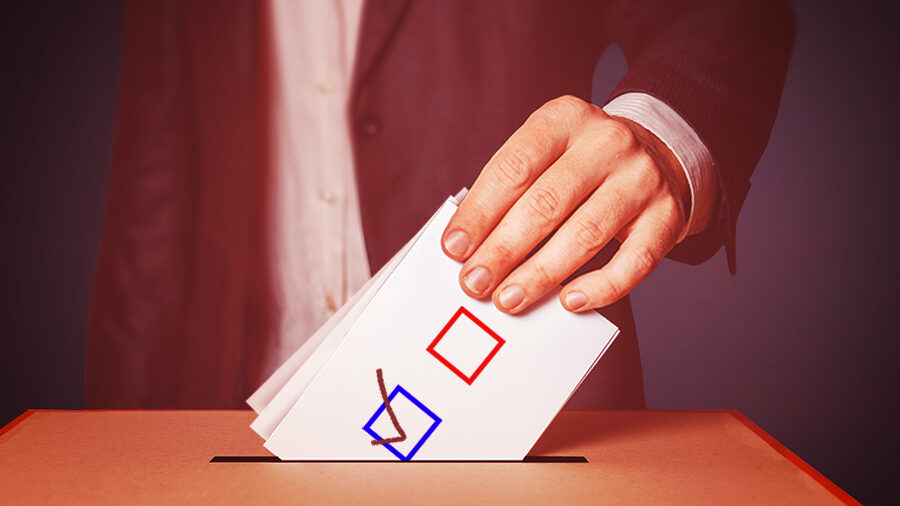 As the election crisis drags on and the news is filled with widespread reports of voting irregularities and fraud, confusion and chaos reign. America needs help, and yet people of faith are almost entirely asleep at the wheel.

Many feel they did enough by voting. I’ve seen countless people post the meme “God is in control” on their social media pages as if to say, “I did my part. Whatever happens next is God’s business.”

This is bad citizenship and even worse theology.

It is bad citizenship because in a republic your vote does not get you across the finish line. It gets you to the starting line. We have a solemn duty to demand that our government officials stand for truth and honesty.

Saying God is “in control” is bad theology as well. “Control” is an accounting term for everything being perfectly in its place. The Bible does not describe God as controlling. Rather, it tells us God is wholly sovereign. He has created a dynamic environment in which we humans — His image bearers — are called to stand for truth and fight against evil and injustice.

The voting irregularities we are seeing this week should chill you to the bone no matter how you voted. Things don’t add up and we all know it.

In short, God has given us eyes to see what He sees, ears to hear what He pays attention to, and hands to do what is right. To then say, “God will handle it” and walk away is to ignore our design and surrender to fate. God doesn’t give us the option to turn our backs.

Right now, the difference is a matter of life and death for our Republic.

Speaking the Truth and Opposing Lies

The voting irregularities we saw this week should chill you to the bone no matter how you voted. Things don’t add up and we all know it. Nearly everyone reading this has encountered credible accounts of multiple ballots received, more votes than there are registered voters, discarded ballots, and more.

Scripture calls us to take a clear-eyed view of such happenings: we are to speak the truth and oppose lies. A Judeo-Christian worldview stands alone in this. Some worldviews, such as Marxism, do the opposite. Marxism declares that what is “true” is whatever advances the revolution. As Andrey Vyshinsky, Stalin’s foreign minister, explained, “There might be collisions and discrepancies between the formal commands of laws and those of the proletarian revolution. … This collision must be solved only by the subordination of the formal commands of law to those of party policy.”

Other worldviews such as secularism and postmodernism assert that absolute truth does not exist. When people who don’t believe in truth tell you that they know the truth about this election, be suspicious.

People of a Judeo-Christian faith should be different. As God’s image-bearers, we show love for Him by acting on principles that flow from who He is. According to both the Torah and the teachings of Jesus, one key way we do this is by loving our neighbor.

During this critical time in our nation it should be churches and people of faith who stand firm, not for our preferred candidate, but for justice and the rule of law to be upheld in our communities and in our electoral process.

Loving our neighbor does not mean merely offering a friendly wave. Rather, the bedrock of loving our neighbor is the pursuit of justice and righteousness. In the Torah, before God gave the command to love your neighbor, He first laid out what that looked like:

Loving your neighbor does not mean being nice and hoping that they like us. Rather, it is protecting justice for them as well as for ourselves. The biblical principle of shalom says that we don’t just avoid harming our neighbor; we are to go out of our way to ensure their wellbeing.

Proverbs 24:12 says, “If you say, ‘But we knew nothing about this,’ does not he who weighs the heart perceive it? Does not he who guards your life know it? Will he not repay everyone according to what they have done?”

Justice and righteousness bring life; they allow the human spirit to flourish. But when lawless deeds go unchecked, it brings about oppression and death. Not just physical death, but death of opportunity, death of vision, and death of hope.

This was the heart of King Solomon’s warning in Proverbs 29:2, “When the righteous are in authority, the people rejoice; But when a wicked man rules, the people groan.”

In these perilous times, may we not squander our biblical mandate to seek justice and pursue it, and may God have mercy on our efforts.

The church is not the state, but the church does serve as a moral conscience that helps the state fulfill its responsibility to stand against corruption that puts our neighbors and communities at grave risk.

During this critical time in our nation it should be churches and people of faith who stand firm, not for our preferred candidate, but for justice and the rule of law to be upheld in our communities and in our electoral process.

What specifically should we do?

First and foremost, pray and fast to beseech God to intervene and restore justice in our land. Then, take action by studying the issue of election integrity at a website and contacting your state’s election officials to ensure that your vote was counted. If your state is one where corruption is suspected, ask God for wisdom in how to hold your elected officials accountable.

If we stand on the sidelines now, while the fairness and integrity of our elections are at stake, what injustice will we ignore next?

Thank God that people like Dietrich Bonhoeffer, Frederick Douglass, Martin Luther King, Jr., Margaret Thatcher, and other leaders did not just say “God is in control” and walk away. They accepted their divine mandate to insist on the truth. They fought tirelessly, risking all in pursuing justice with the passion God expresses in the Bible.

In these perilous times, may we not squander our biblical mandate to seek justice and pursue it, and may God have mercy on our efforts.

Dr. Jeff Myers is author of 14 books and serves as president of Summit Ministries.