The Christians I Knew Liked Rules Too Much 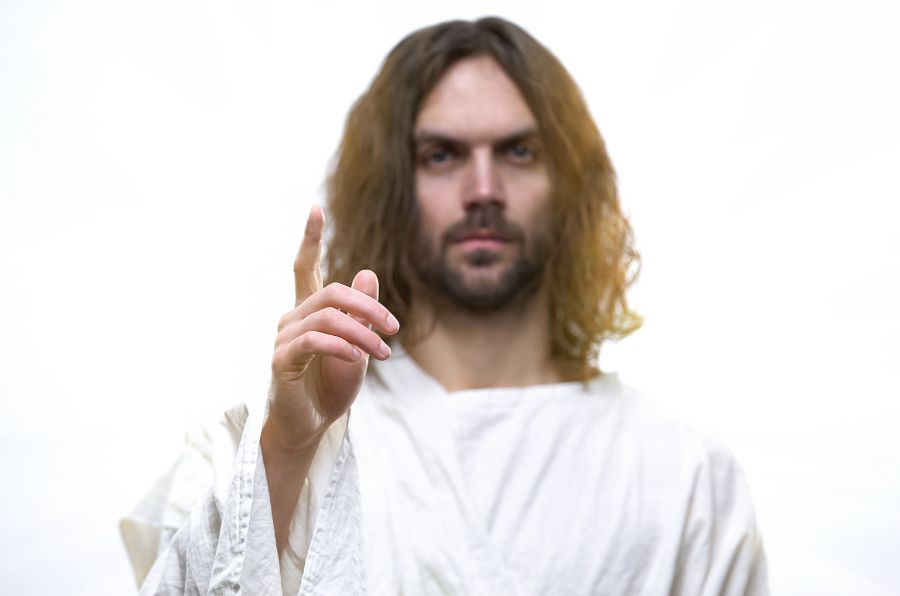 “Don’t do this. Don’t do that. And never never ever do that.” That’s what I heard. The Christians I first knew, knew well enough to listen to, emphasized the restrictions. The positive commands, like “Love your neighbor as yourself,” they didn’t talk about so much. Even people who clearly loved their neighbors as themselves tended to stress The Rules.

They way they spoke about Christianity gave the impression that the restrictions were hard rules and the commands soft goals. They led me to think of God as mainly the Rule-Maker, not the Father who loves us. My friends preached Jesus as the Savior, but once He saved us, He turned into the One who graded by how well we did what He said. And He was a hard grader.

They gave me that impression, anyway, and I’m sure I wasn’t alone.

My first Christian friends didn’t mean to teach this, but they did. That you passed the course if you didn’t do what you shouldn’t do, even if you didn’t really do what you should. That God would be pleased with me if I listened to Him when He said, “Thou shalt not,” even if I slacked off when He said, “Thou shalt.” That the Christian life is about self-control, not love. They weren’t wrong about most of the rules they taught us.

In one way, that’s a lot easier to do. Just tell me what not to do and I’ll work at not doing it. I’ll just say no. I’ll buckle down and refuse to break the rules. Except that I won’t, always. As the old joke goes, I can resist everything but temptation.

You and me both. None of us have the pure will power needed to obey all the rules. The Apostle Paul himself said that he didn’t do the good he wanted to do, but that he did the bad he didn’t want to do. He couldn’t always obey the rules. The Christian story begins with two perfect people in the perfect place, and they did what God told them outright not to do. They couldn’t obey one simple rule. We’re not going to do any better than Adam and Eve.

Being a teenager, I heard my older friends mostly when they talked to teenagers. They talked a lot about not having sex. Sometimes they talked about drugs. Christian kids keep their hands to themselves. They don’t drink or smoke dope.

The problem was, kids are kids. A lot of teenagers want to have sex and the world tells them to go ahead. Almost every movie they see tells them that everyone has sex and it works out fine. Some kids want to drink or smoke dope. The official world says no to that, of course. But the world those kids care about, the world of their friends, says do it.

Hormones, culture, friends: Kids face a huge amount of pressure to break the rules. Even good kids will want to break a rule or two.

A lot of the Christian kids I knew back then didn’t obey all the rules. Some were having more fun with their boyfriends or girlfriends than they were supposed to. Some were drinking and a few were doing drugs. The oldest son of a youth group leader got arrested for smoking dope with his friends. He was a really good guy. His friends did it so he joined them. They’d parked just off the main street of town three blocks from the police station, which was pretty stupid, and got busted.

The older Christians knew this. What did they say? They usually appealed to fear. You’ll get hurt breaking the rules. Girls get pregnant. Guys and girls get diseases. Drugs fry your brain. You can go to jail for smoking dope. You can’t get into a good college with a record. God will get angry at you. And you might even go to Hell. All true. But not enough to keep a lot of kids from breaking the rules.

What helps us obey the rules? Kids and adults both? Only love. Love for Jesus. Love for the savior you want to please and don’t want to hurt. The rules don’t feel like rules when you see them as Jesus’s instructions. He loves you. He wants the best for you.

You want to keep the rules because you want to please Him. An ancient prayer called “the act of contrition” expresses this. “O my God, I am heartily sorry for having offended Thee, and I detest all my sins because of thy just punishments. But most of all because they offend Thee, my God, who art all good and deserving of all my love.”

Jesus doesn’t give us hoops to jump through. He’s not big on rules as rules. He yelled at the Pharisees for being so concerned with the rules and not with the heart. Jesus gives us ways to love Him. And in loving Him, to love ourselves and each other. And thereby obey the rules.

How Do We Help Kids Who Have Left the Faith?

Fluke or Fruit? What Our Actions Say About Our Hearts