Christians in a Cancel Culture: Speaking With Truth and Grace in a Hostile World 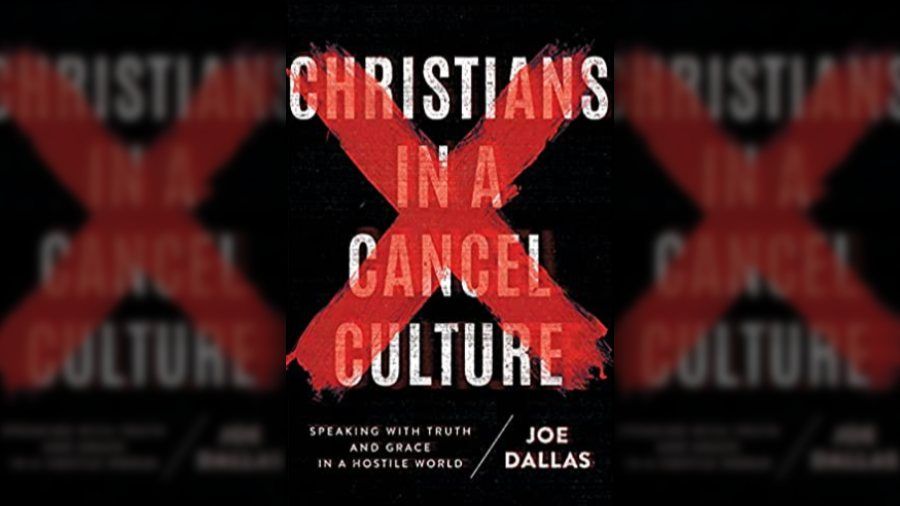 Last year saw a manifestation of hostility like Joe’s never seen before. “2020 especially was the year of madness, just national madness. And in that madness, what we saw was a manifestation of violent intolerance and sort of a crusade to silence all opposition and intimidate all opposers into silence.” That’s when Joe realized that the hostility was not just about the gay issue. The Christian voice gets silenced on several fronts: abortion, transgenderism, homosexuality, racial justice and progressive Christianity. Christians in a Cancel Culture: Speaking With Truth and Grace in a Hostile World is a guide to help Christians know how to address those issues and keep their voice.

The Roots of Cancel Culture

Cancel culture, which Joe said has both leftist and spiritual roots, is an effort to silence or eradicate. It happens when traditional viewpoints are no longer deemed acceptable. Old movies are censored and statues are torn down. Or when it’s discovered that someone said something years ago that is no longer an acceptable statement by today’s standards. “The end game for the social and political left is an expanded government and a loss of control by the people and the great increase of control by the government.” Cancel culture has spiritual roots as well. Joe explained:

I think spiritually there is a backdrop to all of this because I do believe that the issues raised in [my] book have to do with the basics of life, family, concepts of God and creation and created intent. So if I was trying to dismantle the biblical position on those issues, I would try to orchestrate exactly what we are seeing in cancel culture.

It is important that we do not self-silence or allow ourselves to be silenced. Joe said Christians are starting to believe their own bad press. We cannot silence ourselves based on what we think the culture says about us. “The culture has begun to say that the traditional view of marriage is homophobic or a traditional view of social justice is racist. And I think we are beginning to fear having that said of us, and so we’re starting to dance pirouettes to avoid being accused of those things.”

The culture is attempting to silence Christians as well. Christians must not stay silent; however, they will have to continue to accept consequences for not being silent.

If current trends continue, just for example, at a practical level, Christian organizations may well lose their tax exempt status if they hold the wrong views on marriage and sexuality. Churches may even lose tax exempt status. Christian universities may lose government funding for student loans. These are realities that we will have to deal with. And we will have to ask ourselves if our principles are important enough to suffer the consequences of that, or are we going to compromise those principles?

That’s just the beginning. Joe believes that it’s possible that one day, because of cancel culture, the church will be silenced and forced underground. “Is that unthinkable? Sure it is. But good grief, what’s happened in the last few years would have been unthinkable five years ago. So I think that what’s unthinkable today is the six o’clock news tomorrow.”

What Christians Should Do

Christians must make sure they are biblically grounded. Without a firm foundation in God’s Word, people are susceptible to both error and intimidation. “If we do not have a church in which people on their own read and study the Bible and where the Bible is not taught to our congregations and to our people and to our youth, then we are not biblically grounded; [therefore], we can not biblically discern. And without that, we are susceptible to false teachings, heresies, watering down of Scripture and so forth.”

Intimidation is just as bad. We aren’t intimidated by threats of guns and violence, but by the threat of massive disapproval, which affects many aspects of our daily lives and “can be crippling.” We just aren’t well equipped in the American church because, until recently, we have not needed to be apologists. “The culture has been friendly towards Christianity, but not now.”

Christians in a Cancel Culture gives biblically based language and background to help Christians discuss the five basic issues. “I want [readers] to be better equipped to converse intelligently about those five basic issues: abortion, homosexuality, transgender[ism], racism and progressive Christianity,” said Joe. “I want them to get a better sense of the urgency of those issues and the urgency of the times.”

Christians in a Cancel Culture was released on August 3, 2021.