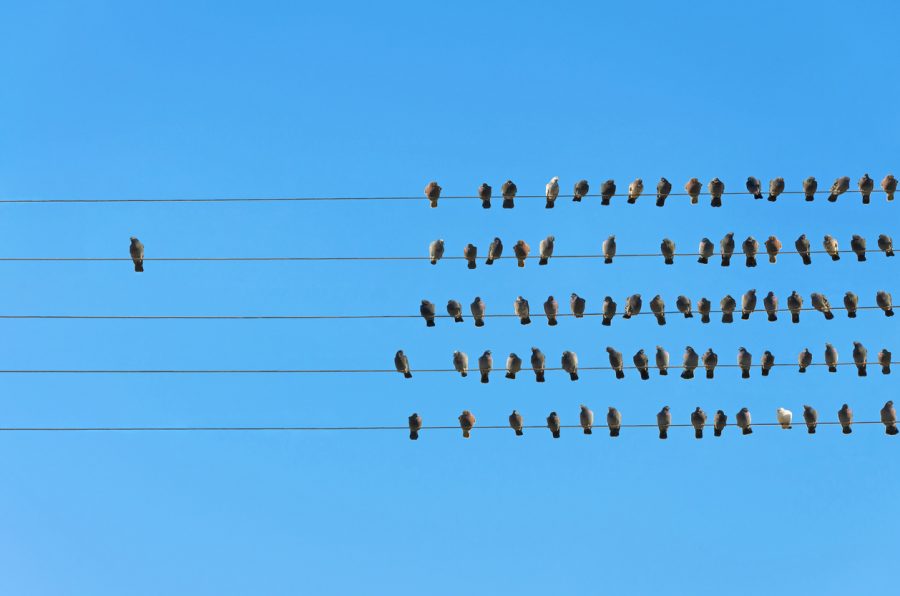 Christianity is the truth. Christians believe this. We have convictions about reality, and we’re also convinced reality matters to the way every person lives life.

And that’s what makes us such troublemakers in society.

We believe God really is, and that He really rules over all creation. He really created humans, and He did so with a good purpose and a proper design. Therefore the best plan for everyone is to align themselves with reality as God has made it. We believe God has really revealed Himself and His plan for all in the Christian Scriptures, and especially in Jesus Christ. That’s why Christians consider it important to pursue His truth and follow His ways.

And the strangest thing about that in today’s world is that today’s world considers it strange. Countercultural. Pushy and offensive, even.

Not a Lifestyle Choice

That’s no longer the case. Now for many, Christianity is a “lifestyle choice,” and a reactionary one at that. Most people consider “truth” to be a lifestyle choice, a set of ideas you gather out of all the options out there and fashion for yourself. It’s malleable and it’s personal. So it’s impolite to say your truth is better than anyone else’s. It’s wrong, too, since there’s no higher truth to compare yours or mine to.

This is exactly what the truth of Christianity is not. It’s not a lifestyle choice. It’s not something we create. It’s not one person’s or one group’s preference. It’s true because it’s real. Really real, as in, real beyond anyone’s opinion.

Most people settle on their “truth,” then craft their message to support it. Their truth precedes their message. Christianity’s approach is completely different. There’s a message that precedes our truth — but it’s not our message, it’s God’s. We do have a message, but instead of “my truth, my message,” it’s “God’s message of God’s truth, then our message of that truth,” as best we understand it.

That’s a countercultural approach to truth, and it’s also why we have to say “really” so often. It’s to get across the point: This isn’t our personally chosen truth, it’s real truth.

Not Our Truth, But True for All

But this causes trouble. Christianity’s great offense in this relativistic age is in our maintaining that there is one truth that is true for all.

Talk of truth raises questions, naturally. How do we know it’s true? How do we sort out what Scripture really means? How do we engage with others who disagree? How can we best contribute within a pluralistic society? What do Christians do when we don’t know or don’t follow what’s true? And so on.

The Stream will be exploring questions like these in an extended series beginning with this article. Your comments and questions here may spark some of the articles in that series.

And indeed, if we were imposing it on others as if it were our truth, that really would be arrogant. But it’s God’s truth instead, the truth that defines the reality in which everyone lives. It’s a solid, substantial truth, one that anyone can defy but no one can break; they only break themselves against it.

We pursue this truth but we do not say we’ve grasped it fully. Christians have missed it badly at times, and we know we’re vulnerable to the same in our day. Based on our Scripture and our history, though, where errors have both been committed and corrected, we have good reason to be secure in what we know of the main outlines of that truth.

A political party’s “truth” is defined by its caucuses and platform committees. It changes over time. For Christians, in contrast, truth is timeless and enduring. Its application may change, but not its principles. (There was no law against software piracy in the first century, but stealing has been prohibited all along.)

But all this is terribly hard to communicate to a world that has no conception of a truth that holds and defines us. Christians — the ones who know and follow it in reality — are strange in this world. Our view of truth makes us troublemakers. It makes us countercultural.

In fact it’s worse than that. There exists a great worldview divide between Christians and most other people in the Western world. Words mean different things on either side of that divide. When pluralistic America uses the word “truth,” it means personal truth, which to Christians means nothing like truth at all, for truth should be objectively real.

When Christians use “truth,” others see it as arrogant and offensive, as if we’re imposing our personal truths on them, when in fact we don’t see it that way at all. The difference adds up to trouble, since we really don’t understand each other at all. It adds up to Christians being — or at least appearing to be — troublemakers.

The Truth Holds Us

If we are causing trouble, though, it’s not our own. For we don’t hold this truth; the Truth holds us. We don’t own it. We can’t alter or adjust it for our own purposes or for anyone else’s. It’s the reality in which everyone lives. We only want to align with it, and encourage others to do the same.

Thank God it’s a good reality. To align with Him is to connect with all His love. Others may defy His truth and break themselves against it. We will seek to follow and help others live in it.

First in a series on Countercultural Truth